Chapter 2 - Season 3 is right around the corner.

Season 3 of Fortnite’s second chapter is on the horizon. Originally set to release on April 30, Season 3 was postponed by Epic Games. The new release date has been marked as June 4.

This is not the first time Epic Games has decided to delay a season. Chapter 2 - Season 2 was delayed twice and Season 1 ran for over four months. This time, the global pandemic revolving around the novel coronavirus (COVID-19) bears the responsibility for the delay.

With the official release date still a few weeks away, Epic has yet to formally tease the new season. However, a few leaks accompanied by in-game changes have led to much speculation. Let’s break down everything we know so far about Fortnite Chapter 2 - Season 3.

For Season 3 to begin, Season 2 must come to an end. Based on leaks and in-game hints, the Season 2 finale will be quite a spectacle.

Multiple fixtures tagged with “Doomsday” were released into the game files. This includes a Doomsday device. Doomsday is a word used to describe a hypothetical situation in which a catastrophic event occurs and ends life as we know it.

FortTory - Fortnite Leaks & News
@FortTory
So this got added:
- Doomsday Device
- Doomsday Hatch
- Doomsday Door
There are five from these at the Agency! 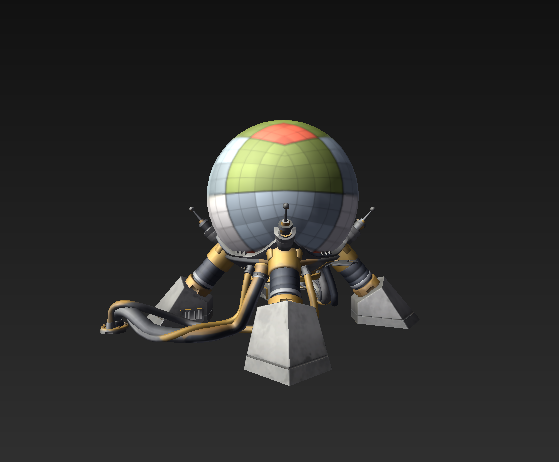 It may not be a matter of if, but a matter of when this device will be activated. Once unleashed, the current world of Fortnite will cease to exist. An end-of-season event surrounding this Doomsday device will certainly occur in the coming weeks.

With Doomsday lurking, what will become of the current map? Obviously, we can expect some major changes to occur. Most notably, it appears the Doomsday event will lead to a sweeping flood, effectively creating a new “Water World”.

As of now, there are no exact details on how or why this flood will occur. However, in-game elements and leaked Season 3 teaser posters suggest a water submerged map will be the final result.

First, we have the appearance of puddles. Within the last week or so, players began noticing these puddles show up at various locations around the map.

🇮🇹 In giro per la mappa stanno apparendo alcune pozzanghere!
🇬🇧 Around the map some puddles are appearing! 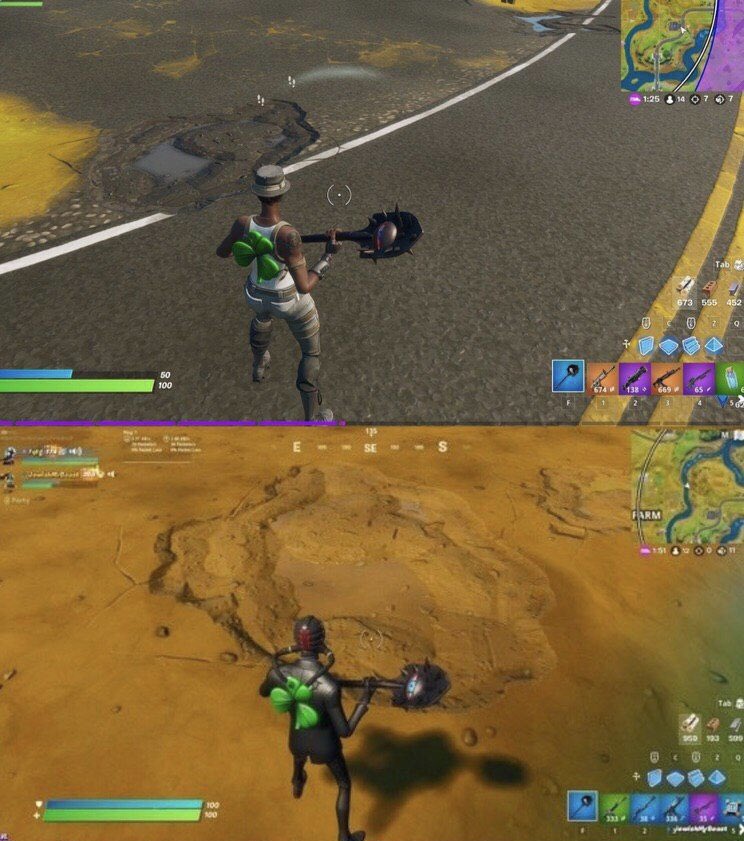 While the puddles may be inconsequential by themselves, leaked season 3 promotional posters reaffirm this theory. While perusing the game files, dataminers uncovered three posters labelled “S13_Poster_Teasers”. The three images consist of:

1.    Meowscles wearing floaties and a bathing suit while standing in water
2.    A house floating above water in a raft
3.    A massive shark waiting to prey on an unsuspecting Peely 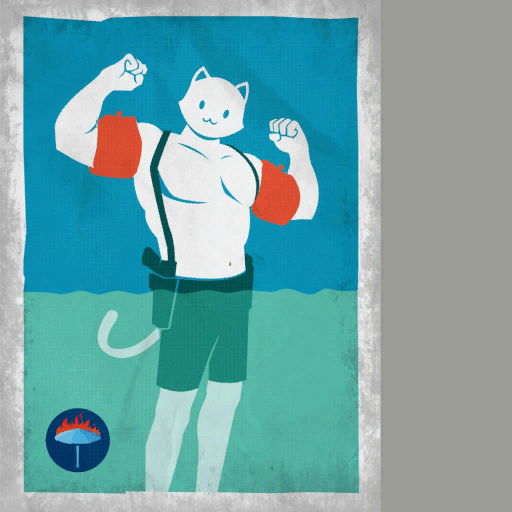 Based on these three images, we can make an educated guess that Chapter 2 Season 3 will involve lots of water.

Finally, the Travis Scott concert may have given us a taste of what’s to come. At one point in the concert, players transitioned deep underwater and could swim around in full animation. Clearly, Epic Games has built the foundation for underwater transversal, despite it not being a feature in the current game.

Finally, we have some unverified “insider” information. Apparently, an Epic Games insider leaked out multiple features and details on Season 3. These range from battle pass skins to new gameplay mechanics. The validity behind these leaks is unknown. The ol’ “my uncle works for Epic Games and told me this” sort of thing.

However, much of the list has actually turned out to be true. A few bullet points mention features available in the new Party Royale mode. Also, it mentions a water theme, which seems to be likely. So far, there’s nothing to prove the list is a hoax. 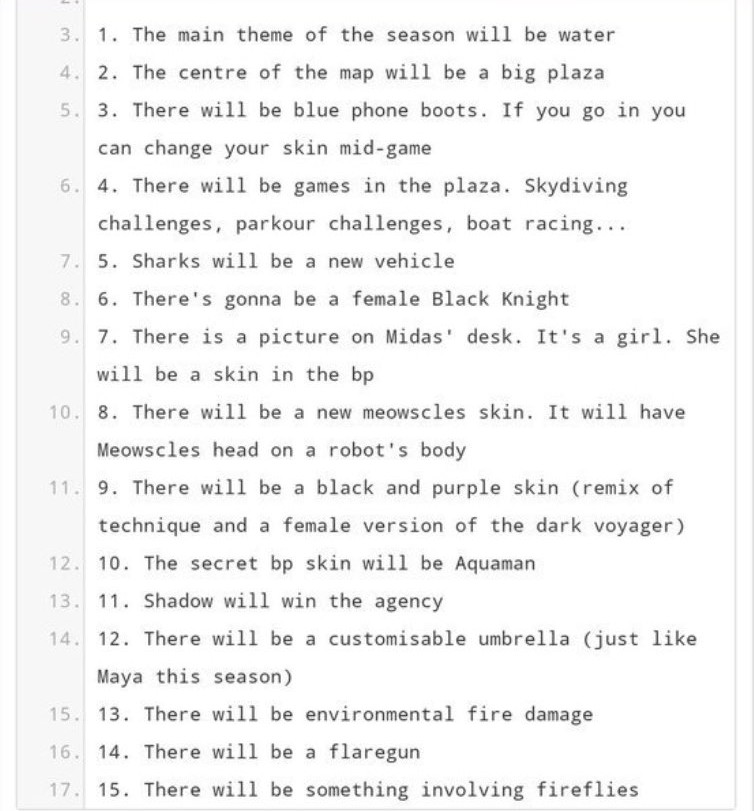 Going off of the list, Fortnite fans are in for a treat. In addition to the presence of aggressive sharks, the leaks suggest sharks will be a drivable vehicle. On the skins side, we may see the return of fan favourites such as a new Meowscles variant and possibly a female version of the legendary Black Knight. Furthermore, Marvel continues its strong partnership with Epic Games. We had Deadpool in Season 2 — we may see Aquaman in Season 3.

That about sums it up. Chapter 2 - Season 3 is still a few weeks away but that won’t stop us from speculating on things to come. Some of this information may as well be set in stone. Other parts may turn out to be purely fan-fiction. Regardless, Season 3 is ramping up to be one of the most exciting seasons yet. With a massive in-game event in the works, the Season 3 hype is only just beginning.

Stay tuned here at GGRecon for more Fortnite news and updates including more information on Chapter 2 - Season 3 as it becomes available.