The Halo Infinite ending and campaign still isn't here yet, but as the December 8 release date closes in, many fans will find themselves thinking about the game's story and its ending. What that will mean for Master Chief and the Halo series going forward is still unknown, but based on what we know so far and the way the series has been trending, we can make some guesses. So, read on for information on the Halo Infinite ending, including our speculation of what will happen and what actually happens once the campaign is released. 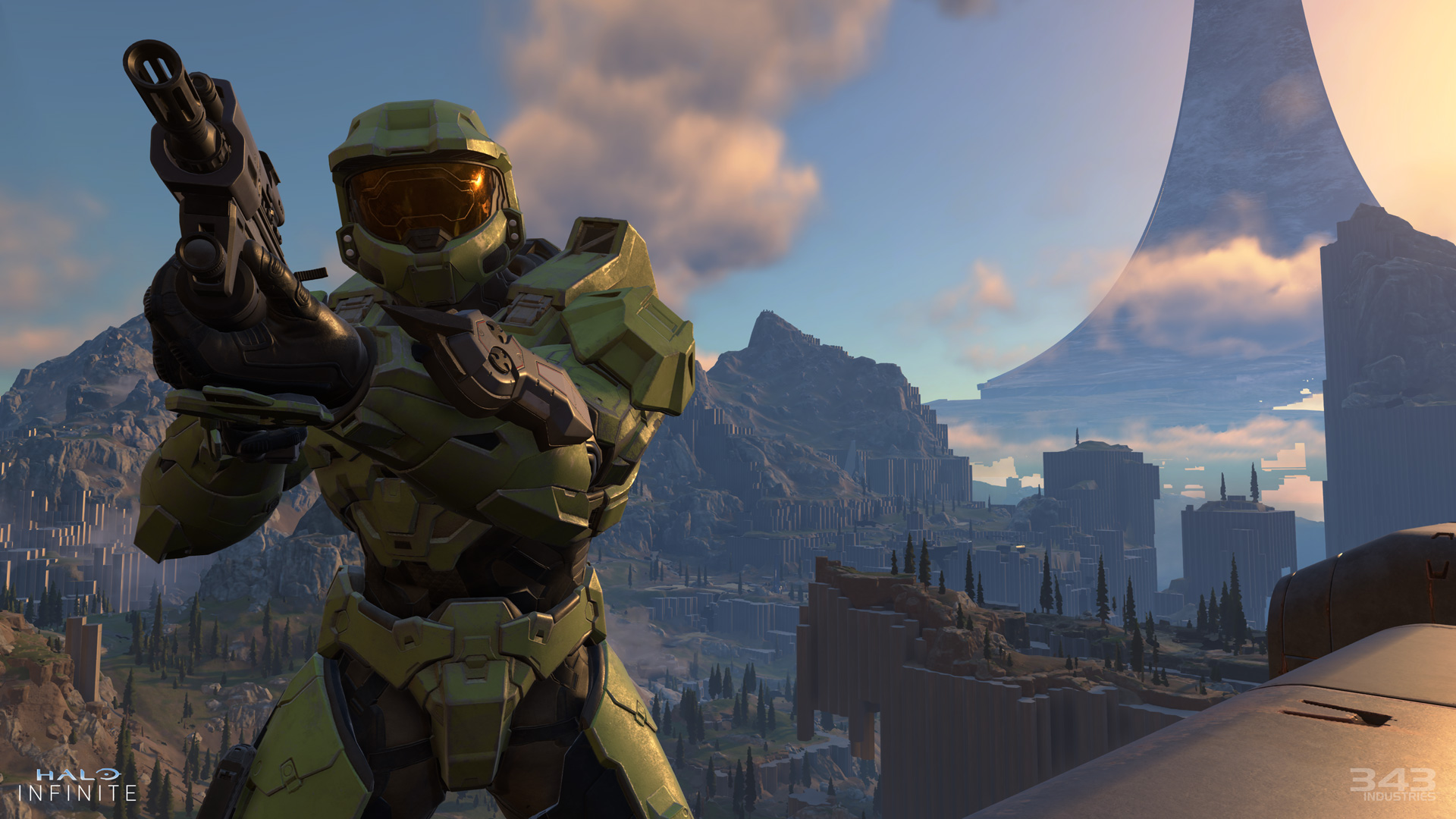 Halo Infinite is set to be the third entry in the Reclaimer Saga, which began with Halo 4. So far, much of the storyline has concerned the corruption, death and subsequent reawakening of Master Chief's long-time AI companion, Cortana.

Halo 5: Guardians ended with Master Chief and his fellow Spartans halting Cortana's plan to enforce galactic peace through forcibly disarming every sentient civilisation. Although Cortana had managed to recruit much of the galaxies AI to her side, the Spartans had escaped on the UNSC ship Infinity before she could disable it. If you completed the previous game in Legendary difficulty, there was also a secret ending which foreshadowed Halo Infinite, in which an unknown Halo array powers up as Cortana hums in the background.

This leads us to the events of Halo Infinite. So far in the trailers, we have seen Master Chief awakening on a ship with a UNSC soldier and discovering Zeta Halo, which was a previously unknown Halo array. One of the trailers states the year, which is 2560, two years after the events of Halo 5: Guardians. That same trailer also has writing which states, "167 days after we lost."

This seems to indicate that the Spartans, and whatever forces were left, failed to halt Cortana's plan and that Halo Infinite will follow how Master Chief deals with the consequences as he explores Zeta Halo. We also know that the main thrust of the game will be Master Chief's quest to find an AI codenamed 'The Weapon' which he will employ to help find Cortana, and end the threat of the AIs.

Halo Infinite Ending: What Will Happen? Previously, 343 Industries has said that Halo Infinite will feature the most human story yet, and is set to focus on Master Chief far more than the previous entry. It's very possible that this entry will see Chief having to finally destroy Cortana once and for all, despite their history and friendship through The Great War. This would also make sense thematically, as part of Halo's narrative so far has been Master Chief's inner conflict of following his duty, and forgoing it to help Cortana.

We also know that an offshoot of the Covenant called the Banished stood in the way of Master Chief's quest, who likely involve themselves in the search for 'The Weapon' too. We can possibly see the Zeta Halo array activating at some point in the story, putting everyone in the galaxy in danger. In that case, we theorise that Cortana will be the one to activate it, and Chief will have to choose between destroying his friend or letting her plan to come to fruition, which will have devastating effects on humanity.

Lastly, considering many of the gameplay changes to Halo Infinite - including the addition of a semi open-world with different markers to check off - we can see a different, 'true ending' of sorts, that is tied to 100% completion of the game. This would most likely be used to set up the next game in the series, if there is one after this entry.

Make sure to check back to this guide on release day for a full breakdown of the real ending, and what it means for the future of Halo. In the meantime, the game's multiplayer open beta is in full swing, so check out our Halo Infinite multiplayer tips. We also have a rundown of the Halo Infinite maps list.