The season is only just beginning. New POIs, Weapons, Vehicles and more are in the works. Get a sneak peek right here.

Fortnite Chapter 2 - Season 3 has been a hit. The community has fallen in love with the new changes and additions. It’s starting to feel like the good ol' days again.

Fortnite is an ever-evolving game. As each season progresses, new content is released and existing content is reworked. Chapter 2 - Season 3 is no different. Dozens of secrets involving unreleased content have leaked in the past couple of weeks. This includes New POIs, weapons, vehicles and more. Based on these findings, the season is only just beginning.

We’ve gathered up a complete list of the info/leaks and will provide you with all the juicy details of the road ahead. Check out everything to come in Fortnite Chapter 2 - Season 3 below:

Based on in-game evidence backed by leaked images, the water levels around the map will go down as the season progresses. Right now, the map is about 50% land and 50% water. As the weeks go on, the water level will submerge more and more. By the end of Chapter 2 - Season 3, the flood will have entirely disappeared, leaving us with a map extremely reminiscent of what we had prior to the Doomsday Event.

While in-game, players can see remnants of the old map sunken beneath the ocean. Replay Mode exemplifies this. Users can take the camera underwater and examine the broken remains of The Shark POI. As the water rescinds, familiar POIs such as The Shark, Slurpy Swamps and Dirty Docks will likely reappear.

Finally, brand new POIs will be discovered under the mysterious ocean…

Leaks reveal that the Fortnite universe will see the introduction of at least one, and possibly two, new POIs as the season rages on. Dataminers have uncovered files describing an Atlantis biome and an unfamiliar POI titled “The Ruins”. According to the files, this fresh POI will be massive. The new location will consist of areas described as Temple, Gatehouse, Garden, Center and Falls. Early speculation is that Atlantis is simply the name of the biome and not a separate POI.

Similar to Deadpool and his Yacht from last season, there's a very good chance that The Ruins will be home to this season’s secret skin, Aquaman. If that’s the case, the introduction of a new Mythic weapon will likely follow. And what better choice for a Mythic weapon than Aquaman’s Trident? We have not seen a Mythic melee weapon since the infamous Infinity Blade and the Endgame LTM. Introducing Aquaman’s Trident into the mix would be exactly what fans have come to expect from Epic Games. 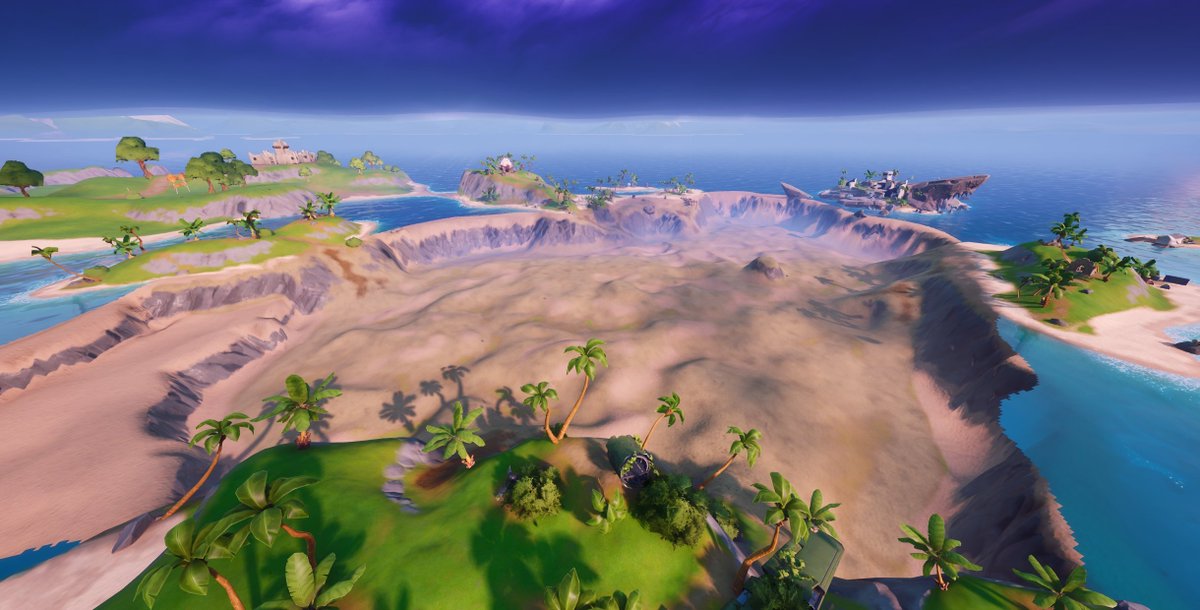 Two new unreleased weapons have been confirmed. The Flare Gun was first leaked back on day one of Chapter 2 - Season 3. This new weapon will have a magazine size of 6, reload time of 1.5 seconds and deal 60 direct damage to players. The Flare Gun will come in “Rare” rarity.

This unique weapon fits right into the new season’s meta. Chapter 2 - Season 3 introduced environmental damage items like the Propane Tank and the Firefly Jars. These have the ability to catch flammable structures on fire and burn the surrounding area. The Flare Gun will most likely work the same way. It can be shot at enemies directly but will also burn the ground around where it hit and possibly even destroy player-built structures.

HYPEX
@HYPEX
This is strange and i just noticed it, there's another shotgun in the works.. the codename of it is "Dragon", and will come in EPIC & LEGENDARY rarities, here are the current stats they set for it (also its weird that it has 4 bullets but also costs 4 bullets per fire) 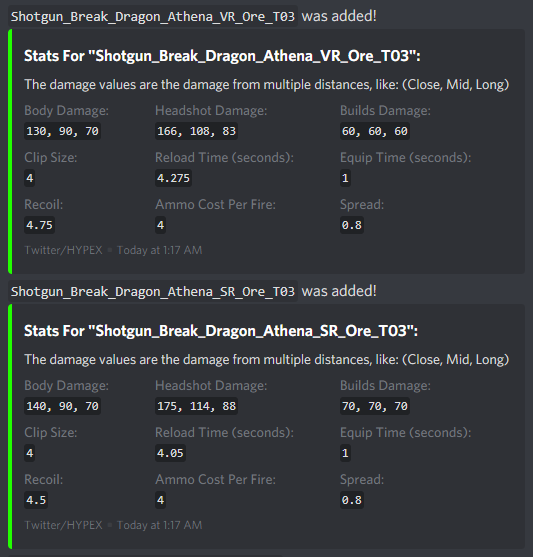 Keeping up with the fire theme, the next leaked weapon is the Dragon Shotgun. This new shotgun has some intimidating stats to it. The Dragon Shotgun comes in Epic and Legendary rarities. At close range, the gun deals 130/140 damage to the body and 166/175 to the head. Based on the name, it’s hypothesized that the shotgun will shoot Dragon's Breath shells and deal additional fire damage.

One unique aspect of the Dragon Shotgun is that it holds four shells in a magazine but it also costs 4 shells to fire. This means that the gun will need to be reloaded after every shot. It sounds like this will be a very high-risk, high-reward weapon — similar to the vaulted Pump Shotgun.

Many in the community have expressed disdain for the current state of shotguns in Fortnite. Hopefully, the Dragon Shotgun will fill the gap left by the Pump.

As Chapter 2 - Season 3’s Battle Pass trailer showed, new vehicles will be arriving once the water levels die down. In total, we can expect four different vehicles. As of now, these are titled, Small Car, Medium Car, Large Car and Truck.

It appears a new “Fuel” mechanic will be introduced into these land vehicles. Cars and trucks will run on fuel that gradually depletes as the vehicle drives, boosts and takes damage. It is possible that fuel can be replenished at the plethora of gas stations around the map. Each vehicle type has different health and fuel statistics.

Fuel seems to be Epic’s way of nerfing vehicles. In the past, vehicles have been deemed overpowered. Players could passively cruise around in a Plane or a Baller all game and end up placing highly without any risk. Now, players will be forced to refuel or exit their vehicles after their fuel tank has been depleted. This feature should alleviate many of the problems the game has seen with former vehicles.

Soon, players will have a lot more to fish for. Dataminers have discovered a total of five new Flopper fish making their way into Fortnite. These new fish go by the names Thermal Flopper, Shield Flopper, Jelly Flopper, Hop Flopper and Fire Flopper.

Some of the buffs that these fish will offer are more clear than others. For example, the Shield Flopper will probably give shield and the Hop Flopper will likely give an effect similar to the long-gone Hop Rocks. However, the Thermal Flopper and Jelly Flopper leave room for interpretation. Regardless, these new consumables will surely add even more fun and variety to Chapter 2 - Season 3.

This is an exciting time to be a Fortnite fan. After a brief period of stagnation, the old Epic Games is back. With all of these leaks, fans can expect fresh content pretty much each and every week.

There is no timetable for these new additions. Some could release as early as next week, some may rear their heads late into the season. However, as a reader, you are now prepared for everything Chapter 2 - Season 3 has to offer. Take note of this information and use it to get ahead of the competition.