Doomsday is rapidly approaching. Here is everything we know regarding the impending calamity.

The suspense is high as Doomsday approaches. Prior to the announcement of a delay, the end-of-season live event was set to occur on Saturday, May 30. Fortnite players cleared their schedules in anticipation. Unfortunately, Epic Games has delayed yet another season. Chapter 2 - Season 3 will now launch on June 11. The season finale live event will occur on Saturday, June 6.

The delay left much of the community frustrated. On the plus side, the extra time has allowed dataminers and leakers to peruse the game files and uncover additional details on the event. Despite the inconvenient delay, the stage is set for an epic season-ending finale. Let’s go over everything we know about the impending Doomsday event as well as its impact on the coming season.

The latest Epic Games blog post confirmed the speculated name of the Doomsday event. “The Device” will be activated June 6 at 2pm ET. Leaks suggest that the event will have its own limited-time mode with a description reading, “Midas’ Masterplan is ready to unfold.”

Based on information gathered from several of Fortnite’s renowned dataminers, we can gather a general idea of what is about to take place.

First up, we have a couple of different noises and sounds taken straight from the event’s game files.

In the short clip, you hear a countdown timer alarm blaring. Next, the sound of what the files describe as a “storm wall collide” plays. The sound clip ends with a massive “woosh” noise. All the while, the Henchmen are blabbering about in their personal language.

Check the sounds out for yourself via the video below:

Keeping up with the theme of files, multiple strings of text files were discovered within the latest patch. These lines of text give us more hints regarding what is about to go down.

These lines of text paint us a good picture of what to expect on June 6 when The Device is finally activated. They also support many of the theories we will get into later in regards to the theme for Chapter 2 - Season 3.

On the in-game side of things, the storm has started to act up. Players have noticed unusual storm formations occurring, including some where the circle closes completely outside the map. These strange storm circles do not occur in Arena mode. This means the weird formations are intentional and not a glitch. Midas and The Device appear to be influencing the storm. 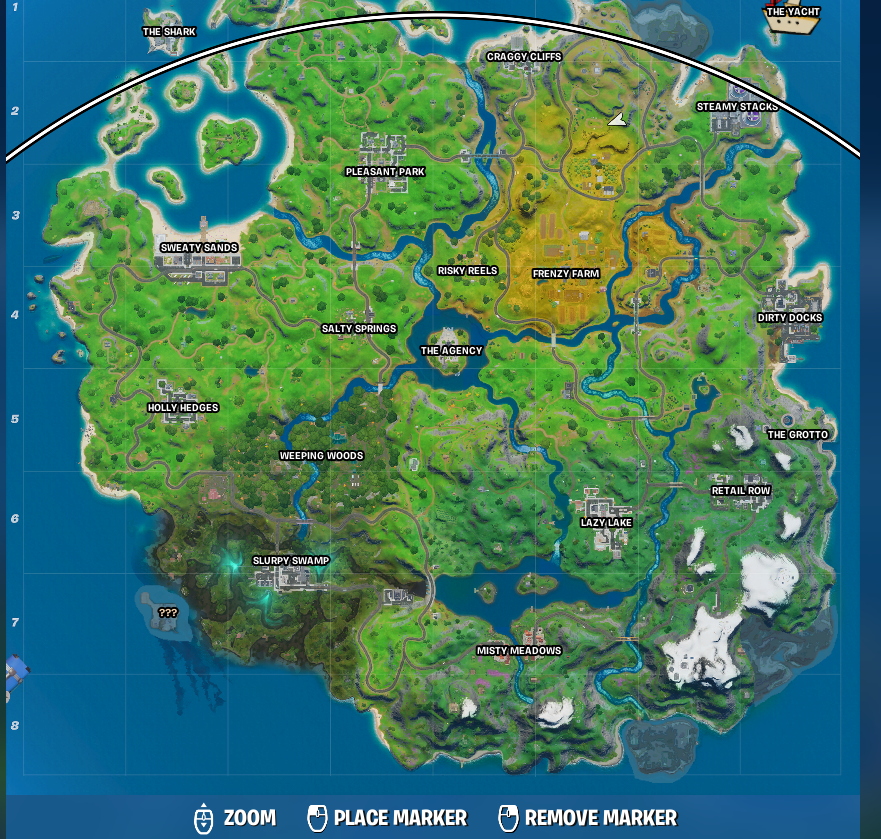 More recent leaks show that The Agency POI will be the victim of the approaching catastrophe. Dataminers have revealed multiple Images and even a video of The Agency post-event. In them, The Agency can be seen collapsed and battered. It is not yet clear what will cause the damage. Whether that be the storm, a flood, or The Device itself. Regardless, the iconic POI will be altered forever.

FireMonkey • Fortnite Intel 🎄
@iFireMonkey
Event Spoilers
Here is a video of how the Agency will look after the event.
In the past we only really had images posted by other leakers about how this will look but I felt a video gives a better understanding of how it will look.
Will post more stuff soon! :)
278
2785

The past couple of patches have seen new props added to the files, such as a Doomsday hatch, cables and The Device itself. Some of those props have now been updated. The Doomsday device tentacle has been updated along with a Doomsday device cable clamp. Early speculation is that this clamp will be used to attach the Doomsday cables to something. Whether this “something”  is simply The Device or to Midas/Cyclo himself is yet to be seen.

Finally, it’s confirmed — we are going underwater. The Travis Scott event coupled with early speculation of a water-themed season led much of the community to believe that the season-ending event would involve players travelling under and through water. Well, animations added to the finals in Patch v12.61 have confirmed this popular theory.

Multiple different new and improved underwater swimming animations have been added to the game.

So what does all of this mean? Well, we know that Midas has a Doomsday-like device and is ready to activate it. Based on in-game clues and lines of text in the files, Midas plans to “defy the storm.” This will result in a torrential downpour and disastrous storm damage. The Agency will take the brunt of the damage, but the Fortnite map as a whole may succumb to the rain and flooding permanently. We are likely on the dawn of a water-themed Season 3.

The exact details of how this will all go down? We will have to wait and see. Personally, I like the theory that Midas will don the Cyclo suit, clamp himself up to The Device, and reign havoc on the map with the power of the storm in his hands. However, Epic Games has done a nice job of surprising players in the past, despite the leaks. There is a good chance something occurs that no one has yet predicted.

In the end, we now have a general idea of what will occur on this fateful Doomsday. The set-up for a stormy tragedy and a flooded Season 3 is here. Still, we don’t exactly know what Midas and Epic Games have up their sleeves. Regardless, the stage has been set for a legendary season finale.

Images via Epic Games and @HYPEX