Studying the lore and history within the Titanfall and Apex Legends universe.

Diving into the history of the Titanfall universe, one will find that many of the Legends we’ve come to know and love have deep stories behind them. Let’s take a look at the connection between Titanfall and the Legends of Apex. Additionally, we’ll theorise on which Titanfall characters may soon become Legends.

Bloodhound was originally a Titanfall 2 character. While scrolling through an art book for Titanfall 2, YouTuber Miguel Lozada discovered scrapped concept art for who we now know as Bloodhound.

For whatever reason, Bloodhound never made it into the Titanfall series. However, Respawn wasn’t going to let an original design like Bloodhound’s go to waste. What was once just forgotten concept art was transformed into the technological tracker we all know and love today.

Miguel Lozada
@MLozada
Bloodhound was in the Titanfall 2 Art book... who else will be used as a legend in #ApexLegends? Tons of amazing concepts in the book! 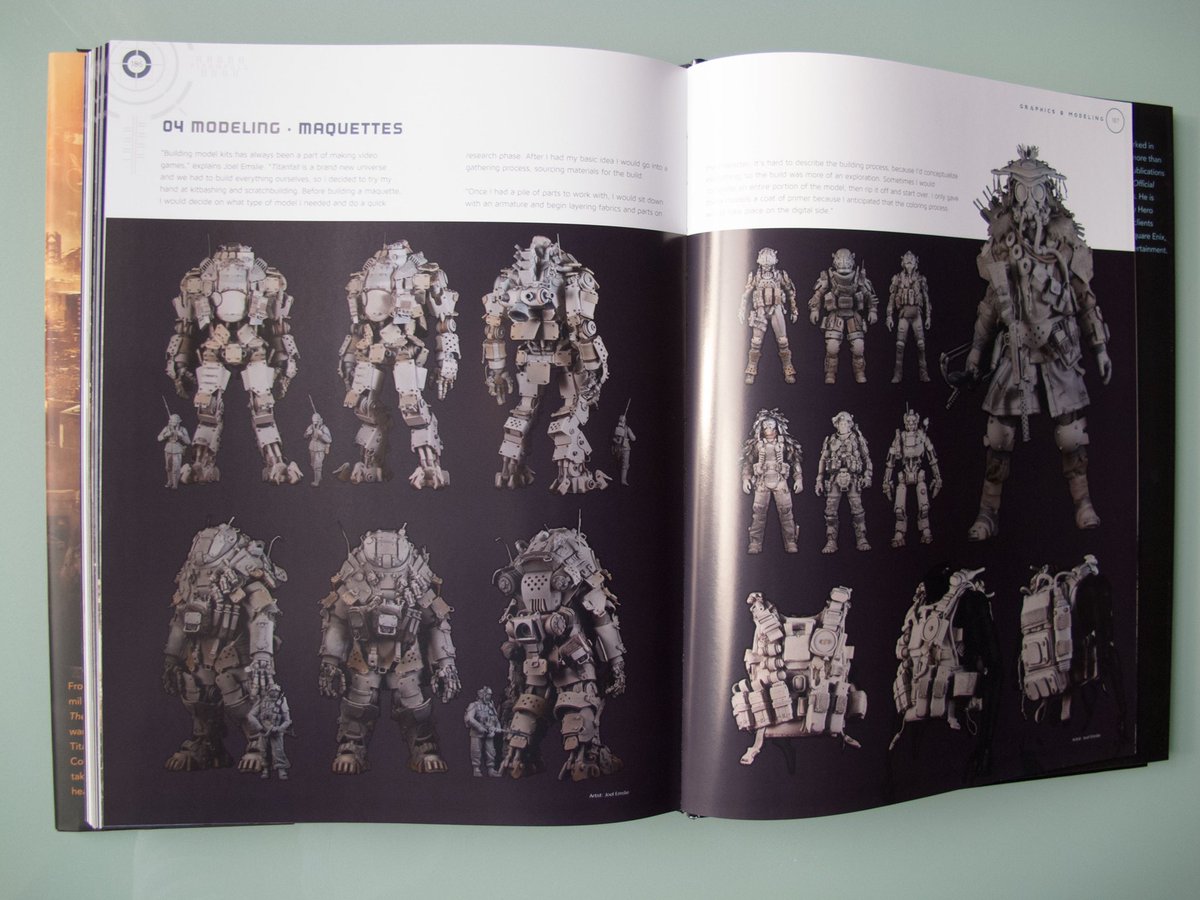 As Anita "Bangalore" Williams likes to constantly point out, she was once a member of the Interstellar Manufacturing Corporation (IMC). The IMC is one of two major factions in the Frontier War from the Titanfall series. Interestingly enough, the IMC is not exactly a heroic organisation. The IMC are one of the “bad guys” during the events of Titanfall 2.

While Apex Legends is held over 30 years after the events of Titanfall 2, the history is still there. Obviously, Bangalore does not come off as a villain, but it leaves one curious about her affiliation with this shady organisation. And it’s not like she abandoned the IMC after finding out their true intentions. The goal of Bangalore’s participation in the Apex Games is to save up enough money to rejoin the IMC after being separated by her squad.

Perhaps the link between Bangalore and the IMC will become clear as the Apex Legends and Titanfall lore further develops.

Before Pathfinder became Pathfinder, the witty robot was likely just another mindless AI drone for Titanfall’s Hammond Robotics. Pathfinder is a type of robot called an Mk. III Mobile Robotic Versatile Entity Automated Assistant, or MRVN. These AI workers were designed by Hammond Robotics to perform mundane tasks such as maintenance or manufacturing. MRVNs in their base form can actually be found in Apex Legends. For example, there’s a deactivated MRVN within the Central Turbine on Olympus. Players can interact with the MRVN and even destroy it.

Given enough stimulation or exposure to ideas, MRVNs are capable of evolving. This “uplifting” process can happen naturally, or it could be built into a particular MRVN.

Readers that haven’t played through the Titanfall series may not be aware of Kuben Blisk. While Blisk has yet to make a direct appearance in-game, Apex Legends would not exist without him.

In the opening cinematic for Apex Legends, Blisk is seen recruiting Legends to join in the Apex Games. It’s theorised that Blisk is both the founder and organiser of the games, but that has yet to be confirmed. Regardless, the IMC-hired mercenary’s heavy influence on the games is clear.

One example of this is the term Apex Predator. An Apex Predator is something all Apex Legends players strive to be. However, Apex Predators was the name Blisk’s old mercenary team used to go by.

The story of Kuben Blisk and his role in the Apex Games is still largely shrouded by mystery. Nevertheless, Blisk is probably the character with the most ties between the two series.

While not an actual Legend or character, Nessie deserves a spot on this list. The Loch Ness Monster shaped plushie, better known as Nessie, has been an icon in the community dating back to the original Titanfall.

Apex Legends players know Nessie as the tiny dinosaur creature hidden around the Firing Range and other places on the various Apex Legends maps. However, Nessie was a Titanfall Easter egg before becoming an Apex Legends one. Respawn placed at least one secret Nessie plushie on every map in both Titanfall and Titanfall 2. Respawn decided to carry on the tradition by doing the same in Apex Legends. This tribute further solidifies the link between the worlds of Titanfall and Apex Legends.

Ash, a Simulacrum Pilot, made her debut in Titanfall 2. Following her death as a human, Ash’s mind was transferred to a robot body, and she became a Simulacrum. As a Simulacrum, Ash was recruited into the Apex Predators faction by none other than Kuben Blisk.

Ash took on a prominent role in Apex Legends during the Broken Ghost Quest in Season 5. Players spent all season working with Loba in an attempt to rebuild an ancient artefact known as the Broken Ghost. Hammond Robotics hired Loba to piece together the mysterious artefact in exchange for the coordinates of the facility holding her arch-nemesis Revenant’s source code. At the conclusion of the quest, it’s revealed that the Broken Ghost is actually Ash.

So what do Kuben Blisk and Hammond Robotics want with Ash? There’s still a lot more to this story, but this Titanfall 2 antagonist is clearly an important figure in the Apex Games.

Like Ash, Viper is another member of the Apex Predators from Titanfall 2. Further, it’s theorised that Viper may also be a Simulacrum like both Revenant and Ash. Viper's face is kept hidden behind a white pilot helmet for the entirety of Titanfall 2. Viper is also never called by his real name throughout the game. Finally, in the end, credits of Titanfall 2, Viper's hands are shown to be mechanical. If Viper is, in fact, a Simulacrum, Revenant, Ash, and Viper would all share the same creator — Hammond Robotics.

During the events of Titanfall 2, Viper is killed. However, in an image tweeted by Apex Legends, what appears to be Viper's custom Northstar-class titan can be seen in Rampart's mod shop. Is Viper still out there? Will Hammond Robotics revive him as they did with Ash? Perhaps Respawn is hinting that Viper will play a role in upcoming seasons of Apex Legends.