It appears Ash (Titanfall 2) could be making her way to Apex Legends, in some shape or form.

Ash is a character those who played Respawn Entertainment’s Titanfall series will immediately recognise. Ash was an antagonist Pilot character, and a simulacrum, not unlike Legend Revenant, who appeared in Titanfall 2 in both the single-player campaign, and multiplayer. Titanfall 2 is an FPS that follows the story of protagonist Pilot Jack (of the Frontier Militia) and his Titan, as they try to foil The Interstellar Manufacturing Corporation’s interstellar domination.

Now it appears Ash could be making her way to Apex Legends, in some shape or form.

Obviously, the games exist in the same Titanfall universe, as the lore suggests. From Bangalore’s time with the IMC Armed Forces, to Lifeline, who joined the Apex Games to fund the Frontier Corps with her winnings.

The Broken Ghost Season Quest is uncovering new mysteries in the Apex Legends world, all thanks to Loba and the secret of The Broken Ghost. According to Respawn, Hunts will “take players on a journey to find nine pieces of a ‘mysterious artefact.’” Once all nine pieces have been recovered, players will “dive into the past, and uncover a secret that the Outlands might not be ready for.”

Loba’s ultimate plan is to use the full team of Legends (minus Revenant, for obvious reasons) to enter a parallel dimension and retrieve the missing artefact pieces. However, one of the Legend’s let's slip to the simulacrum himself, and it’s up to the roster of Apex Legends to find out who revealed the secret plot to overthrow the synthetic assassin.

It looks like Ash could indeed be…. The Broken Ghost herself.

After Hunt Seven – Return to Skull Town, you will collect the latest artefact - The Idcoms Frame.

This is yet another cog in the machine, which is now taking form to reveal itself as a Simulacrum head that has been building over the Season Quest.

Dataminers Shrugtal and Biast12 have been feverishly uncovering more information regarding the connection between Ash and The Broken Ghost, even spotting an Easter Egg from previous Season trailers foreshadowing the simulacrum’s arrival in Apex Legends.

Eagle-eyed Shrugtal zoomed in on the artefact piece gained after completing Hunt Seven and looking closely, you can see three very dusty and faded letters that spell “ASH”.

Shrugtal
@shrugtal
Big quest spoiler for today.
On the side of the new piece there is some text...

Biast12 also created a 360-degree render of Ash’s Body with The Artefact.

The final nail in the “Ash is coming to Apex” coffin is the appearance of an Ash bobblehead weapon charm found in the files. Why else would this character receive her own charm, if she wasn’t about to enter the Apex Games in some way or another?

Biast12 (Tobias)
@Biast12
Here is how the Ash Charm looks like 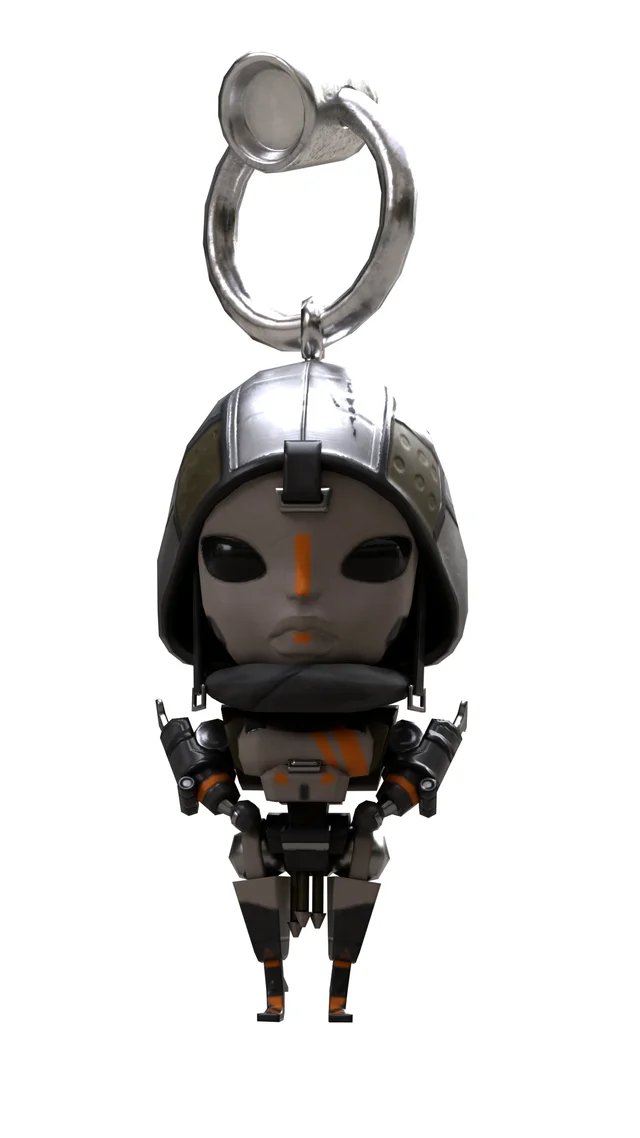 So, what could all this mean? Loba could be rebuilding Ash’s head to set her on Revenant, as a Simulacrum VS Simulacrum battle may be the only way to defeat the powerful Legend, and for Loba to get her revenge once and for all. Or, less likely, Ash could be yet another addition to the Apex Legends roster.

The Season Quest will soon end, and all the jigsaw pieces will slot into place, but will they reveal a puzzle image of Ash? Watch this space.