An ode to Silkthread, GrimReality, and all of the unfair legacies in esports.

It's 2019, and the laughter of Ted “Silkthread” Wang is easy and comforting. He says that I can call him Ted--that everyone calls him Ted--and follows it up with a chuckle.

He’s tired, you can hear it in the way the already soft laughter fades into a long breath. His mind, however, is still sharp, never caught off guard by direct questions or the guffawing of his teammates.

In the background, Christopher “GrimReality” Schaefer and Tim “dummy” Olson laugh, too, travel-weary but attentive. They all endured a cross-country flight and extended scrim blocks before this interview, still in remarkably good spirits for the gruelling day they’ve had.

As players under as large a banner as Gen.G, they are no strangers to interviews and press. They are all well-spoken, some combination of media experience and natural charisma. After all, the three of them came from Overwatch, the FPS/MOBA hybrid that commanded a great deal of the esports spotlight in the recent past.

Overwatch is still a young game, and as an FPS, it tends to command a younger player-base, demanding to maintain pixel-perfect reactions. Older players, of course, can stay competitive with their shot-calling and strategic experience, but the majority of pro players are in their late teens and very early twenties.

In fact, GrimReality and Silkthread were teammates on the Los Angeles Valiant, a roster that then-CEO Noah Whinston proudly called the youngest on average in the Overwatch League.

Of course, that honour was a double-edged sword.

When Brady "Agilities" Girardi was sent to the “sister team”, the Los Angeles Valiant shed light on their own ecosystem. Having initially picked up an 11-man roster in the spirit of fostering growth, a self-produced docu-series showed that the coaching staff struggled to develop talent, leaving five players relegated to the Valiant’s “sister team” before Agilities' arrival. This term was a diplomatic way to say that staff had left players to their own devices, little coaching or scrim time given to them.

Players like Silkthread and GrimReality sat on the bench, playing ranked, and waiting.

A bombshell would be dropped when the Valiant's docuseries showed then 18-year-old Agilities "summoned" to the parking lot of In-N-Out and given a dressing-down and ultimatum by Noah Whinston.

It is no stretch to call this treatment unprofessional and out of line, especially for a team that prided themselves on developing young talent. This sort of blunt and public demeaning was almost surreal; did an Overwatch League team really publish this themselves?

While the In-n-Out Incident was meme’d on in the Overwatch Community, it was a horrifying peek behind the curtains for fans. Players left to stagnate on the bench, toxic atmosphere, a messy management team....if this is what Valiant was willing to publish, what else could be happening to those players when the cameras were off?

Two weeks later, the Valiant released another video, announcing that Silkthread, who had enjoyed a small amount of playtime, had been traded to the Los Angeles Gladiators, but that GrimReality had transitioned to a coaching role within the Valiant.

At 18 and a half years old, GrimReality would be one of (if not the) youngest coaches in the league, making a profound career shift that is usually reserved for waning pro-players in their mid-to-late twenties. Whinston and then-Head Coach Moon described GrimReality as someone with a deep understanding of interpersonal relationships who brought stability to the apparently tumultuous atmosphere of the team. With little-to-no professional play or scrim time in more than six months, GrimReality transitioned to an assistant coach.

Despite second and fourth place finishes respectively, both GrimReality and Silkthread would be released by their teams at the end of the inaugural season.

Silkthread joined the Chengdu Hunters briefly before retiring from professional Overwatch. GrimReality streamed every so often, playing Fortnite with top competitors like Justin "Kayuun" Ha and occasionally logging back into Overwatch, hitting the same headshots that had made him a champion in Contenders Season Zero seemingly an eternity ago.

Neither player made it back to the Overwatch League. 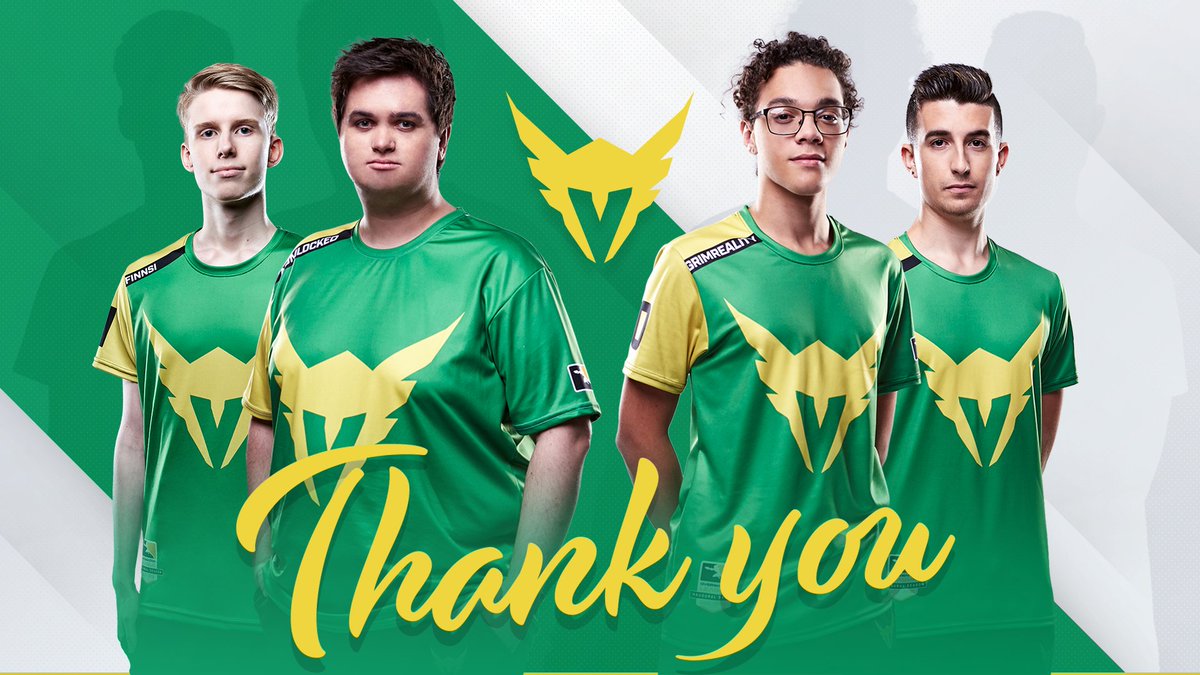 Time passed after that, of course. I couldn’t shake the inaugural season of the Overwatch League, the beloved rosters going up in flames and the many stars that were fading out or gasping for breath. Day after day, I scrolled aimlessly through Twitter and stared blankly at various esports broadcasts, waiting for something I didn't have a name for.

Then, one day, there it was:

Silkthread, dummy, and GrimReality were signed by Gen.G as an Apex Legends squad.

Gen.G Esports
@GenG
Proud to officially announce our new @PlayApex team @silkthread @Grimreality and @dummyolson
The squad will be joining us at the LA HQ later this month
Welcome to the #geng family 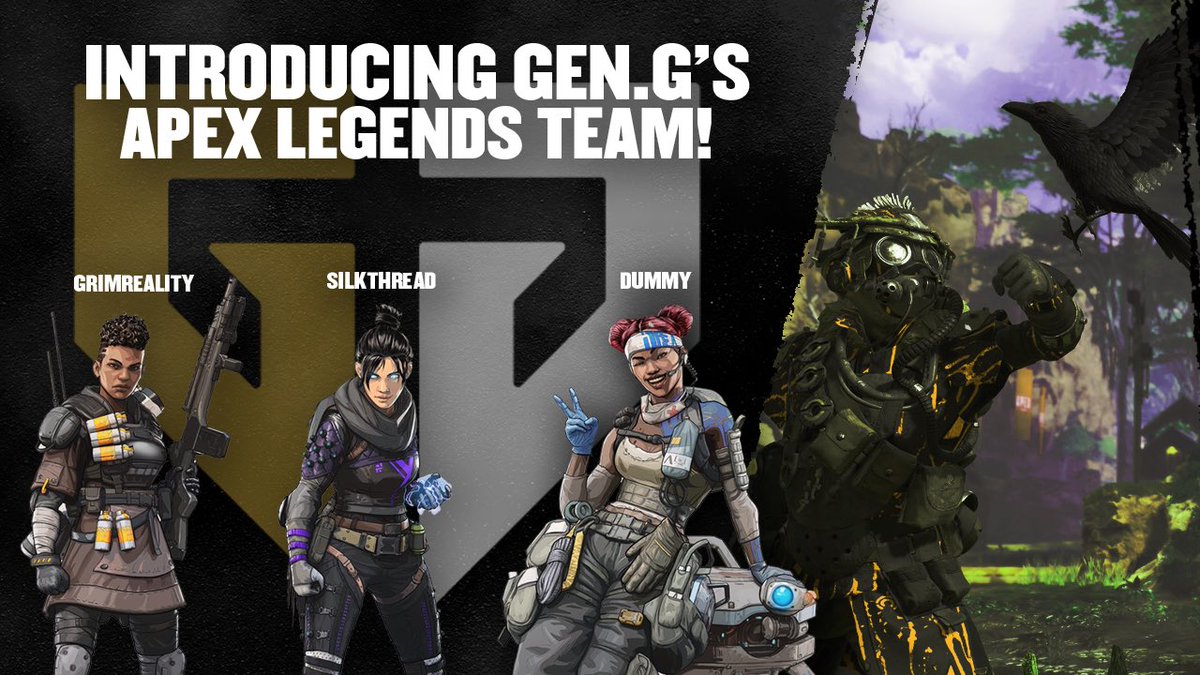 A few months later, the team was announced as participants at the 2019 EXP Invitational – Apex Legends at X Games Minneapolis. Within minutes, I sent a flurry of emails and DMs and, thanks to the kind souls at Gen.G, managed to nab an interview with the team. I studied all of their streams, learning which legends they favoured, which dumb inside joke they would be referencing that day.

And even with all that preparation, when I finally heard it, it surprised me.

The laughter of Ted “Silkthread” Wang is easy and comforting. He says that I can call him Ted--that everyone calls him Ted--and follows it up with a chuckle.

They all sounded like...friends. Just a bunch of kids who were happy to be where they were and were even happier to be there together.

When the phone is eventually half-pelted, half-handed to dummy, he recounts in a steady, even voice that skateboarding had been a huge part of his life growing up and that being at X Games Minneapolis was the realisation of many of his childhood dreams.

I was struck then by just how young they all were, how young I was, how new and strange the world of esports is in general.

Despite his calm voice, dummy carried a clear determination to prove himself, a sentiment echoed by Silkthread and GrimReality somewhere between laughs and fumbled phone passes. The 2019 X-Games was an ambitious event that would feature this emerging esport as well as more traditional athletic competition. It also spelt the first competitive appearance for GrimReality since his movement from pro Overwatch player to assistant coach, and the first real showing from Silkthread since he announced his retirement.

Gen.G Esports
@GenG
Thank you to @Respawn for having us at @XGames Minneapolis. We'll regroup and come back stronger in Poland. Thanks as always to everyone for supporting us and ggs to the other teams â¤ï¸ 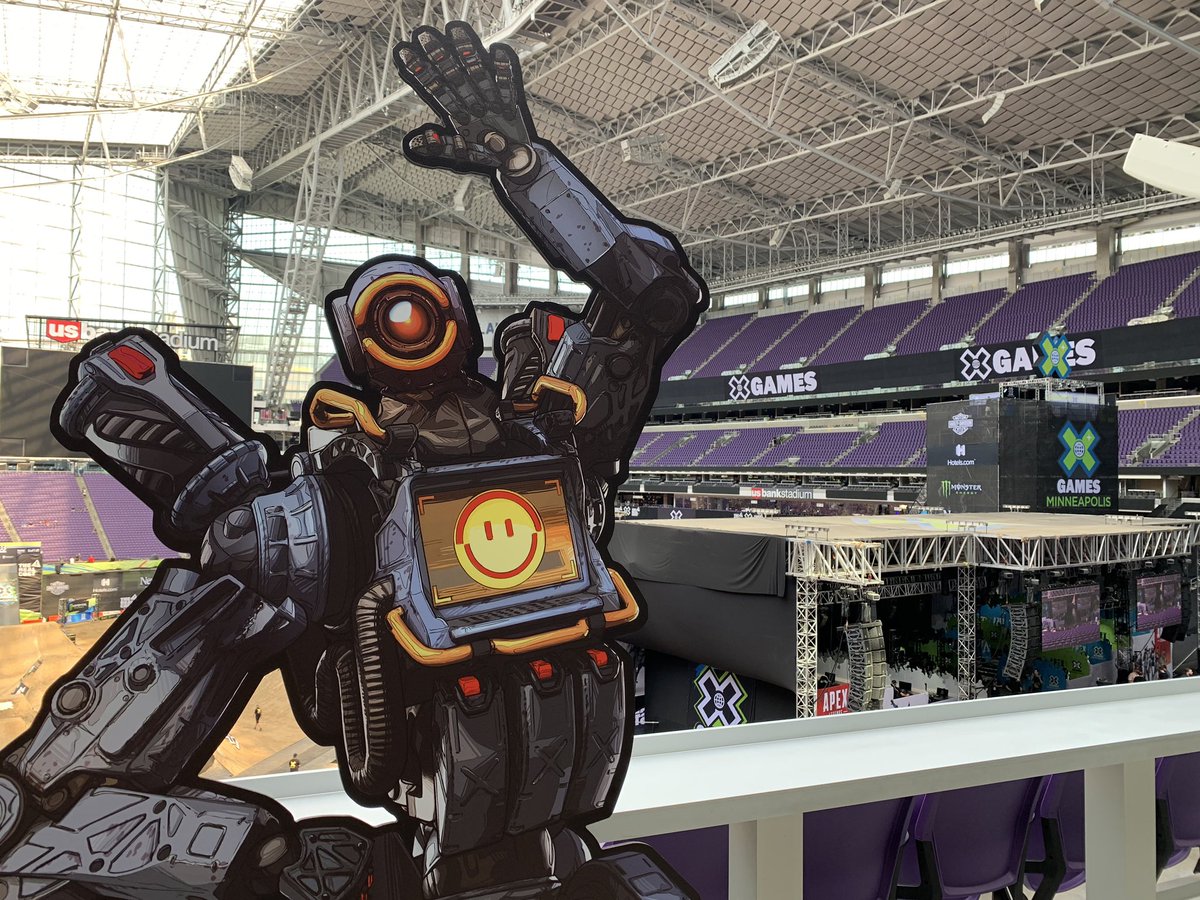 They placed 19th out of 20 teams in the tournament.

Just a month later, they would fly to Kraków, Poland to compete against 80 others teams in the 2019 Apex Legends Preseason Invitational. The squad placed 46th, just below the top half, and made their way back home.

Before I could even publish my interview, Gen.G released their Apex Legends roster.

Gen.G Esports
@GenG
Today we part ways with our #GenGApex team.
Thank you @dummy, @Grimreality, and @silkthread for your hard work this season. From Overwatch to Apex, X-Games to Poland and Paris, we've had the opportunity to watch you grow. We wish you the best of luck in your future careers! 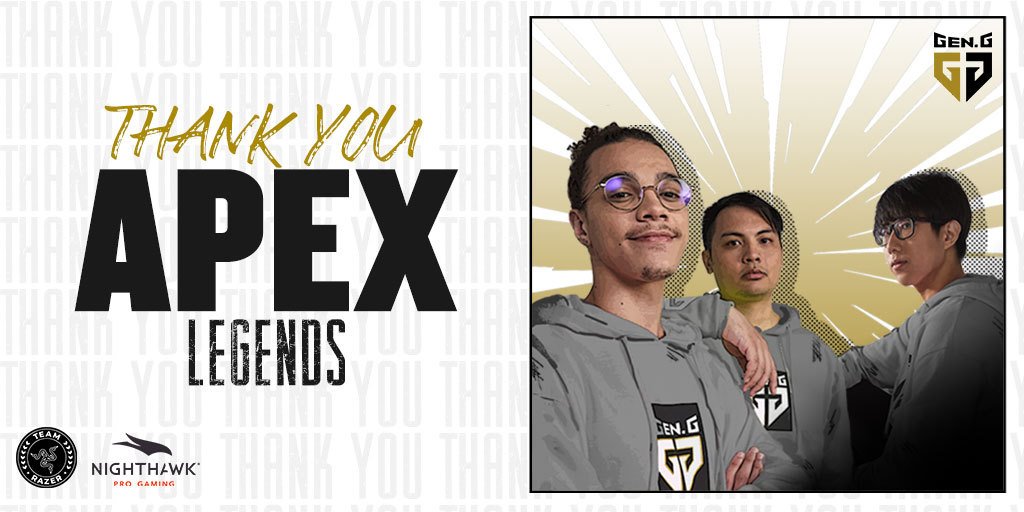 That is how I find myself here in 2020, staring at the fragments of this interview in Google Docs, remembering the tired laughter of that team and the dream that was always just out of reach. I can't help but lament how the story should've ended.

In a world with accountable infrastructure, maybe dummy keeps up his strong showing in Overwatch Contenders and makes it to OWL, too. Maybe the three of them still find one another on that stage. Either way, their stories ended quietly, and without the fanfare that they deserved.

So while this is a story about GrimReality and dummy and Silkthread, it is also the exact reflection of hundreds of other players’ stories that come together to paint a horrifying picture.

This industry appears to eat players up when they are young and vulnerable and regret nothing.

More than that, we may be the ones letting it happen.

The esports industry is not a baby anymore, and we shouldn't treat it like one, no matter how much mainstream media likes to give it the “new kid on the block” narrative. It’s an awkward teenager now, courting large brand deals and flirting with global viewership. Esports blushes under the world’s gaze as it is noticed for the first (or maybe the thousandth) time, depending on the demographic.

As reports emerge from the Call of Duty and Overwatch leagues about players being forced to sign contracts without legal representation, we see history repeating itself for the umpteenth time.

As an audience, we are no longer young and foolish, nor are we ignorant and uninformed. We have seen behind the curtain, and we have considerable power in demanding a degree of justice for players.

As an audience, as fans, many of us love stories that we still can't bear the ending of.

Still, there is time to take the future up on its offer and help write a million more worth telling.