Here is a look at all the deleted messages from VI and what it could mean for the future of Fortnite.

Fortnite is the master of story-telling, and it has crafted some very impressive narratives throughout the game. As the title produced more and more collaborations, some players were scared that the game would forget its roots and become just another game in the industry. The developers were quick to respond to complaints and are back with another original narrative this season.

Chapter 2 Season 5 is about hunters stopping the players from escaping the loop through the Zero point. Various hunters (Predator, Mandalorian, and more) have arrived on the island with Agent Jonesy's help, and have been great collaborations, as players can access a diverse array of content. However, the game's lore also had some interesting twists when the seasonal story trailer saw Agent Jonesy in his office talking to his senior. She talked about his mission to stop players from escaping the loop, and specially asked Jonesy not to draw the Seven's attention.

The Seven are a group of individuals who seem to be hell-bent on trying to break the loop/stimulation, and players have seen three of their members in the game's previous seasons. They might be working against the IO agency, and players should anticipate a massive brawl between them in the coming seasons. But if we already know this - then why are we repeating this lore? It has a possible connection to Fortnite's Drift cosmetic and potentially changes the game's whole lore.

VI CALLING DRIFT TO SAVE THE FOX CLAN IN FORTNITE

The recent Fortnite Crew pack for February showcases Vi, a Fox clan member, and she claims to know Drift in the game. She used the Fortnite Twitter handle to deliver some critical messages to Drift about a potential 'old' threat, which is tracking the Fox Clan, and they got everyone in the clan except Vi, who seemed to escape the attackers. Vi intentionally deleted these messages to cover her tracks. Could this old evil bunch of people be the Seven? 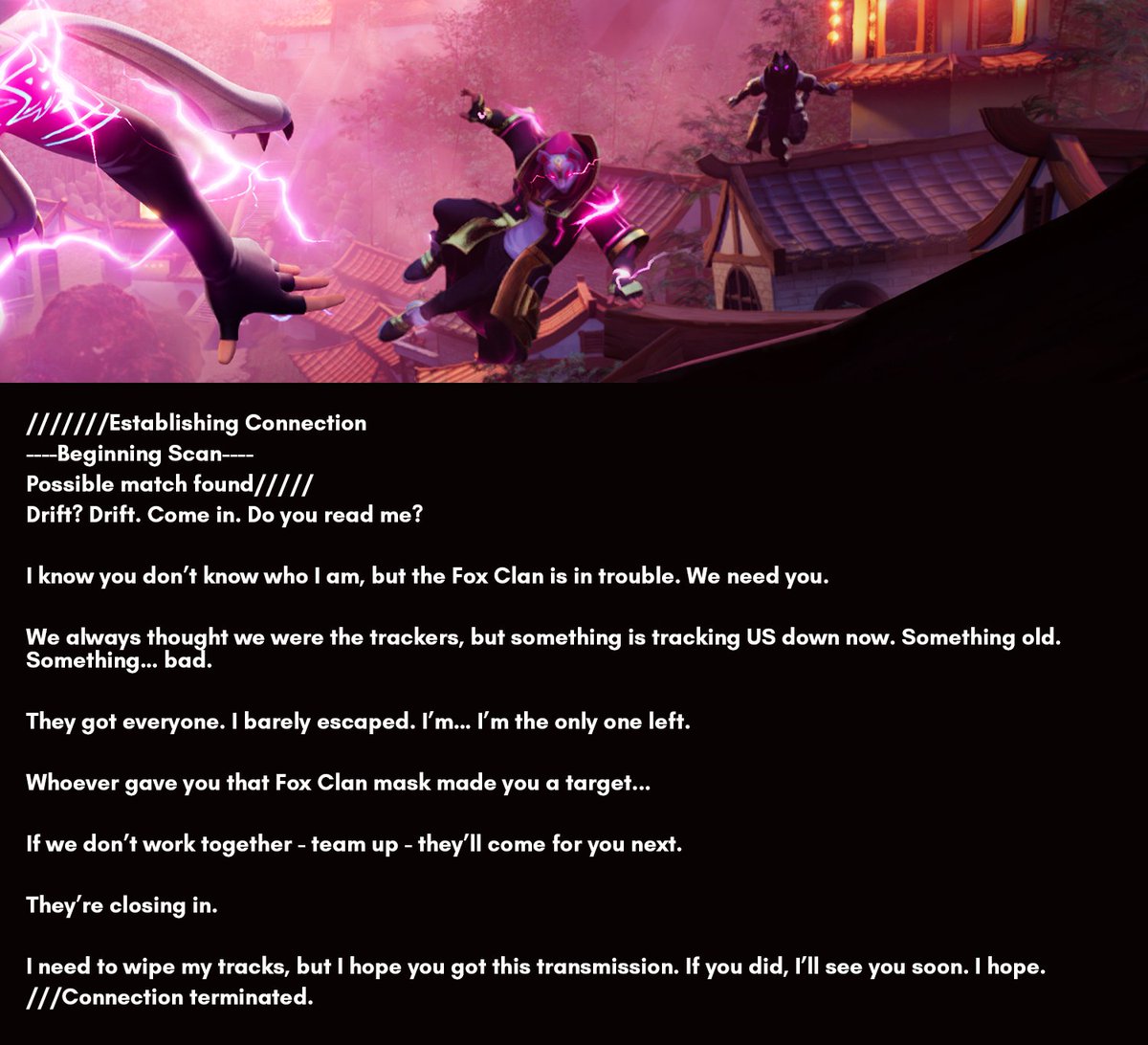 As mentioned by Vi, these people tracked them and got everyone. Perhaps the Fox Clan was working closely with the IO agency and kept an eye on the activities on the battle royale island, and they were attacked by the Seven, in an attempt to learn more about the IO Agency.

Moreover, many gamers should recognise Drift as one of the earliest real-life people to come into the game via a mysterious rift in Chapter 1 Season 5. It seems like history is undoubtedly repeating itself, as other hunters are coming into the game from different realities. Also, this season perfectly coincides with Chapter 1 Season 5, when Drift came into the game. The IO agency's intentions are clear, and they don't want the Seven to find them during their work to keep the loop going on the island.

With these storyline advancements, Kevin the Cube might also make an appearance in this season to wrap things up for Season 6. Whatever the reason, the story seems to be moving into a fascinating place where players can question the game's realities.