With hopes that a Marvel Gaming Universe could be born, voice actor Troy Baker has once again hinted at a Marvel Daredevil game.

Controllers at the ready - is Marvel working on a secret Daredevil game that will finally bring the Man Without Fear to consoles in style? While Daredevil isn't exactly the most popular Marvel hero thanks to being outshone by the Avengers, we've come a long way from the maligned Ben Affleck-led movie from 2003. With accusations that Netflix's beloved series was cancelled too soon - and that Charlie Cox could reprise his role as Matt Murdock in Spider-Man 3 - Daredevil has found a whole new fanbase.

Only recently, we saw the potential of what Marvel games can do with Insomniac Games' Marvel's Spider-Man and the 2020 expansion of Marvel's Spider-Man: Miles Morales. Crystal Dynamics had less success with the unrelated Marvel's Avengers, but despite things getting a little confusing on whether these two worlds could ever cross over, there's been a lot of talk about the potential of a Marvel Gaming Universe. Now, voice actor Troy Baker has teased the promise of a Daredevil game... again!

Is there a secret Marvel Daredevil game?

Joe Fayant
@joe_fayant
Can we get a badass open world #Daredevil game with @TroyBakerVA playing him and have us be able to play as Matt Murdock also and be able to defend people in court. Maybe even have it take place in the same universe as @insomniacgames Spider-Man. @MarvelGames
177
1652

When one fan pitched the idea of an open world Daredevil game with Baker in the lead, the man himself responded with a cryptic side-eye emoji. It's far from confirmation he's signed on to suit up as Murdock, but still, it was enough to send fans into overdrive. The idea here would be that Daredevil fits into the untapped potential of the world Insomniac has created, not the sadly underwhelming one Crystal Dynamics delivered.

Ironically, a Daredevil game lines up neatly with Insomniac's Spider-Man. In the OG game and Miles Morales, Daredevil villain Kingpin plays a major part. There's also an ad for the Nelson & Murdock law firm that Daredevil runs with Foggy Nelson. Insomniac was praised for taking cues from Rocksteady's Arkham games that had Easter eggs teasing everything from Green Arrow to Superman. Even though most of Rocksteady's breadcrumbs were simple nods to a larger world, Insomniac could take its Daredevil eggs one step further.

In Spider-Man, characters including Taskmaster and Black Cat set up future titles Even if not for a full-blown Daredevil game, Insomniac could at least test the waters by featuring the character in a DLC for Spider-Man 2.

Have we heard about a Marvel Daredevil game before?

Bill Rosemann
@BillRosemann
From the office of Nelson & Murdock: While Bill greatly admires the Man Without Fear, there is no Daredevil game in development. Bill's tweet to @TroyBakerVA was an acknowledgment of their shared desire about creating said game & he apologizes for any confusion his tweet created. 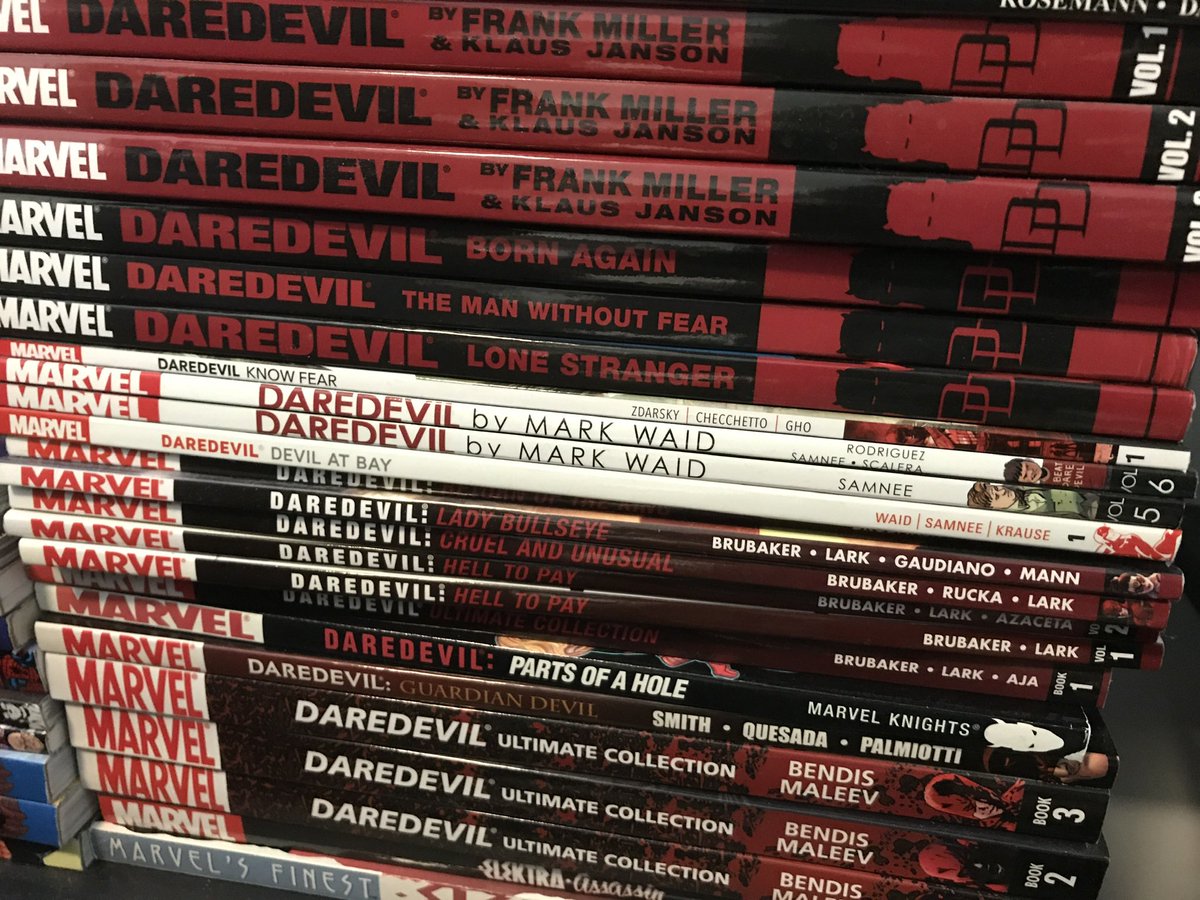 Much like his role on the silver screen, Daredevil has been sidelined in video games. Apart from a Game Boy Advance game that tied into the Affleck movie, there were cancelled plans for a game called Daredevil: The Man Without Fear. The game was going to be developed by 5000ft Inc for PlayStation 2, Xbox, and PC, which would've (weirdly) taken influence from the Tony Hawk series with Murdock grinding his way around Hell's Kitchen. We guess a new Daredevil game probably wouldn't adopt that mechanic.

As for Baker's involvement, he was a loud voice in championing a Daredevil game only last year. In March, he tagged Marvel Games' Bill Rosemann in a tweet asking for a Daredevil game. The Vice President and Creative Director of Marvel Games clarified one wasn't in the works, however, that hasn't stopped players hoping one will pop up in the near future.

Baker is an accomplished voice actor and is known for his roles as Joel in The Last of Us games and the Joker in Rocksteady's Arkham-verse. Baker is also no stranger to Marvel games after he gave his vocals to Bruce Banner/Hulk in Marvel's Avengers and Simon Krieger in Miles Morales. For now, we'll have to plant a Daredevil game with Baker as its spandex-clad lead firmly in the maybe pile of things we hope will happen.