The horror-themed Infection Mode is back in PUBG Mobile as 2020 introduces Halloween zombies to the game.

Grab your masks and some hand sanitiser because Infection Mode is officially coming back to PlayerUnknown's Battlegrounds. This time, Valve is ushering in October 31 with the arrival of Halloween-themed zombies.

While we're used to Fortnite rolling out Halloween content - and are expecting a suitably spooky update for Call of Duty: Warzone - PUBG is the latest battle royale title to make the most of this sinister season. Infection mode previously popped by in PUBG Mobile in 2019 as part of the 0.14.0 update, however the limited-time mode meant it didn't stick around for long. 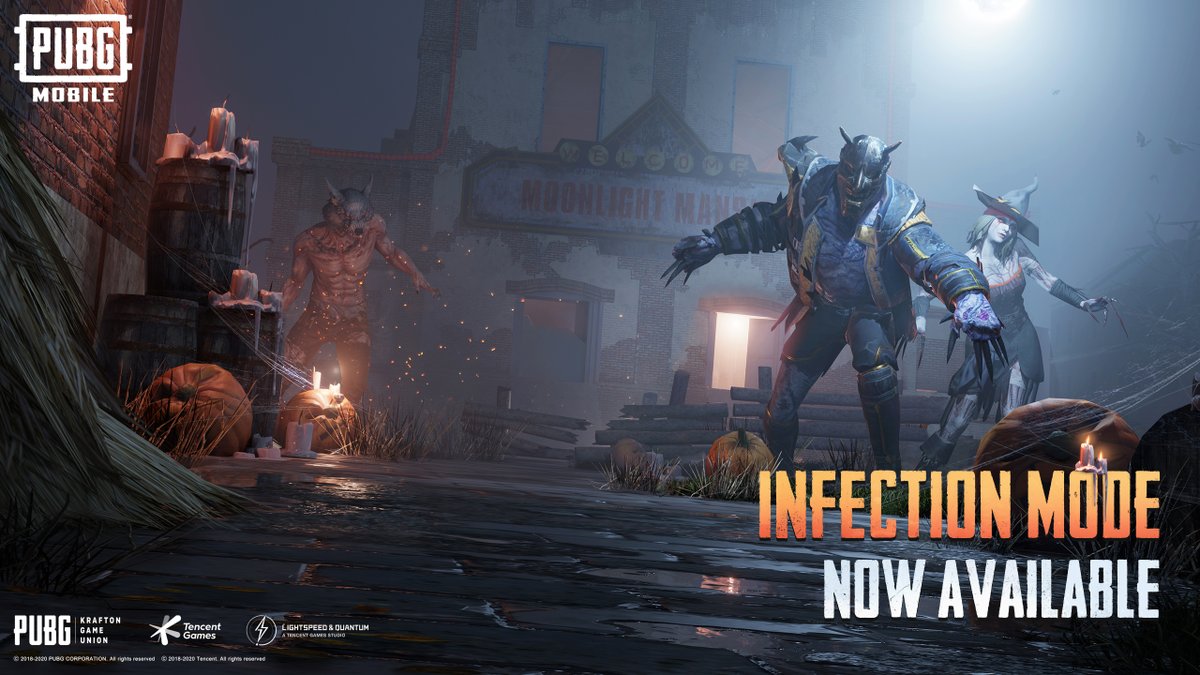 The latest update is part of PUBG celebrating the Halloween season in style. Posting on Twitter, PUBG Mobile confirmed Infection Mode's long-awaited return. In the LTM, 12 players are split into two teams of either Defenders or Zombies. It's pretty self-explanatory as Defenders have to survive until the timer runs out and Zombies have the sole task of infecting the living.

In Infection Mode, Zombies are restricted to melee attacks and abilities, while Defenders get a full arsenal of automatic rifles. Although this might seem a little unfair, Zombies can continuously respawn and hunt down Defenders until they're all turned. It only takes one Defender to survive to win the match for the side of the living.

Defeated Defenders will also return as infected, as well as the ability to transform into the souped-up Fast Zombies, Stealth Zombies, and the supersized Zombie King. Even though it might seem Defenders are destined to lose, they'll metamorphose into powerful fighters known as Vanquishers when there are just three of them left.

Zachary Espinosa
@ZacharyEspinos2
@PUBGMOBILE Is no one going to talk about how the infection mode needs to go back to the original. I thought it was going to be like the original but better.
0
1

Rounds run for three minutes, and after each round, all players are reset to Defenders. 25 seconds later, three players will be infected, and the round goes on. This goes on for three rounds. Points are awarded based on the number of kills you get (either as a Defender or Infected), leading to the overall leaderboard.

To get on board with all the brain-munching madness, the map has been littered with pumpkins and the colours have taken on a darker tone. As part of the free content rollout, Infection Mode will be in PUBG Mobile between now and November 9.

Elsewhere, PUBG Mobile is adding a new line of Halloween cosmetics and Zombies will be able to wear Halloween masks. The game's "Halloweeks" celebration also promises there'll be more seasonal content revealed at a later date.

Either way, Infection Mode is far from dead in PUBG.