With styles all their own, the Fusion and the Outlaws stand above the crowd.

With two weeks in the books and glimpses at every team in the league, it is safe to say that the 2021 Overwatch League regular season has blown expectations out of the water. However, two teams in their respective regions have stolen the show as front runners. After seasons shrouded in missed potential, the Houston Outlaws have proven themselves as a serious threat. With a win over the defending 2020 champions, the Outlaws now stand tall over the western standings. Across the pond in Asia, a similar tale is told.

After a lacklustre performance during last year's grand finals weekend, the Philadelphia Fusion look to make up ground with a team tailored for titles. Despite ongoing travel restrictions limiting their starting roster from coalescing, they’ve still managed to be the most consistent team in Asia after beating the Chengdu Hunters. Not only do these two teams lead their respective regions, but they both have a strong claim for mastery over their own styles. Two teams realising their potential. Two teams with strong identities. And with the knockout stage quickly approaching the front of the queue, these are Overwatch League’s regional leaders.

Houston Outlaws
@Outlaws
What an opening weekend it was. Reminisce with these highlights from our matches against the @DallasFuel and @SFShock.
42
590

While Texas houses two Overwatch League teams, there is one name that tops the western standings currently. The Houston Outlaws not only have refurbished their roster, but they’re reaching a franchise high. The last time the Outlaws were projected to find this much success was February of 2018, as the Houston Outlaws advanced to face the London Spitfire in the semifinal of the Stage 1 playoffs. Their return to form has been on the cutting room floor for three years. Finally - Houston, Texas, is back on the map.

This is not the team that can’t field Tracer.

This is not the same team that constantly loses map five.

This is not the same team that is stubborn and strategically rigid.

The 2021 Houston Outlaws look like shoe-ins as the May Melee playoffs begin to spin up.

Most of that success can be attributed to their rookie tank duo of Cho "JJANGGU" Myung-heum and Shin "PIGGY" Min-jun. This duo has been a huge part of the Outlaws being able to pilot the current metagame, one that they not only look confident in but seem to be writing the blueprint for.

The Houston Outlaws look to be the best Rush team at the current moment, and much of that comes from their control. Measured in their approach to the current western metagame, Houston feels like it has a clear structure set in place. Against the Dallas Fuel’s Doomfist composition, they constantly look to react to engage rather than take their own. They then trap their opponent by sticking them with two diametrically opposed options; either chase us and continue to allow us to gain control percentage or touch the point and sacrifice your positioning.

However, a controlled approach doesn’t mean passive. Take, for instance, Outlaws win over the San Francisco Shock on Blizzard World. Houston holds a fairly normal position for the most part, but what gives away that something is slightly off is Piggy’s position away from the team. This signals that Houston, at the very least, wants to faint pressure on Shock’s rotation towards the point. This proves to be very real as Houston takes charge and separates San Francisco’s McCree with a well-timed Ice Wall.

This proactive pressure doesn’t net them a kill, but it does bait out an early Immortality Field from the Shock, which is a massive win in the war for resources. Piggy is then subsequently plucked from his mech suit, and the fight slowly falls out of sorts past that point. However,  from this example, we can see that not only are the Outlaws willing to engage and set the tempo of the match, but it’s where and when they take their engagements that is important.

Two polar opposite tempos tailored to two very different teams. This is just a glimpse of what the 2021 Houston Outlaws are capable of, and with very tangible things to improve on, it’s scary to think about what a week of practice is going to unlock for them. That said, they are not the only team exceeding expectations.

Philadelphia Fusion
@Fusion
The last remaining undefeated team in the APAC region. Thank you to our fans for the endless support, we wouldn't be here without you!
#OWL2021 | #PhillyPower 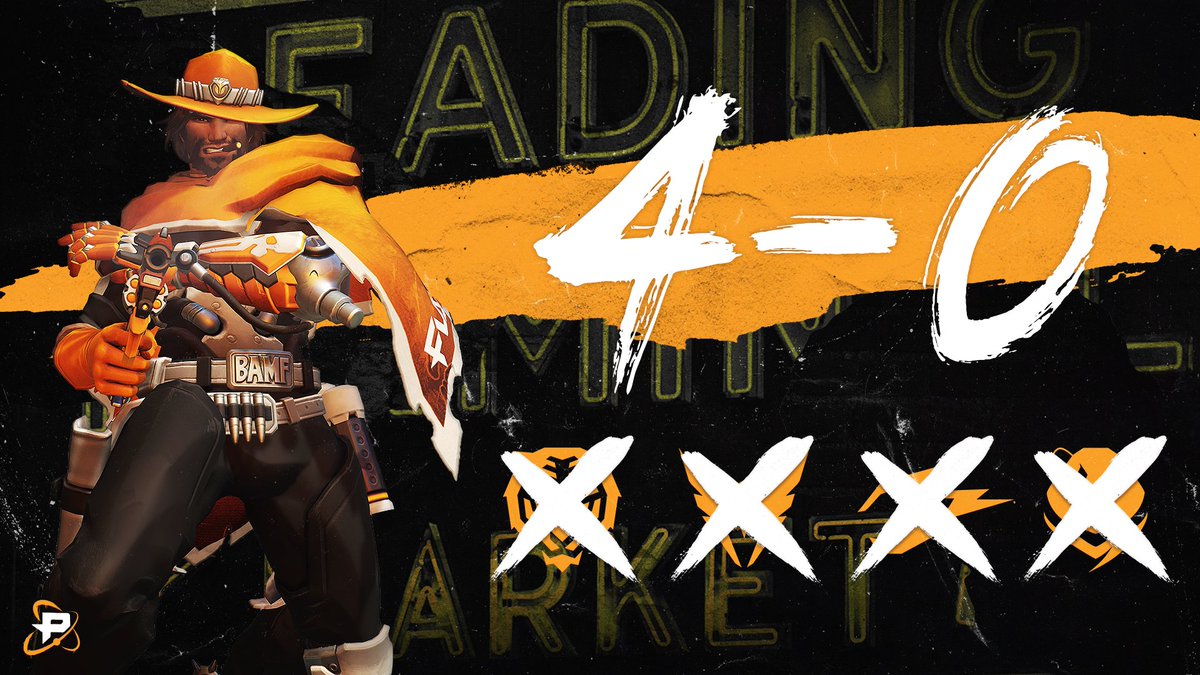 While Philadelphia is familiar with Overwatch League success, the Fusion has constantly been dodging obstacles since the 2021 preseason. While most teams enjoy the commodities of returning to team housing and having on-site coaching, the Philadelphia Fusion are locked in time. Still suffering through the burdens of travel restrictions caused by the global COVID-19 pandemic, the Fusion had to scramble to find a positive solution shortly before the season started.

Unfortunately, Josh "Eqo" Corona, Niclas "sHockWave" Jensen, Daniel "FunnyAstro" Hathaway, and Gael "Poko" Gouzerch are all missing as the franchise sits in a holding pattern to try and acquire their visa to travel to South Korea. In their absence, the Fusion signed veteran main support Yang "tobi" Jin-mo and former Philadelphia Fusion flex tank Choi "HOTBA" Hong-joon to their own respective 30-day contracts to bridge the gap in the meantime. On top of that, the Fusion landed one of the biggest free agents in the offseason, Kim "Rascal" Dong-jun. To say the roster is impressive is an understatement, and even in their rushed efforts to tourniquet the roster, it still holds water on paper. However, rumours and whispers from the Fusion camp did not seem confident heading into their season opener.

As the community approached the 2021 Overwatch League season’s debut, experts familiar with the Fusion’s situation were highly sceptical that the team would meet the expectations that not only their roster warranted, but their historical record would support. 2018 remembered them as title contenders, a team who would brute force their way through situations through the sheer presence of mind. 2020 saw them as the consistent top performers falling short just shy of the finish line. This roster fused with the coaching staff Philadelphia housed was engineered to fast track championship glory—and defying all odds—nothing has stopped that.

As the 2021 Overwatch League heads into its third week of play, the Fusion has set the pace with a perfect record of four wins with zero losses. On top of that, they’ve only dropped three of their 17 maps. This is all thanks to their malleability both compositionally and strategically.

The Seoul Dynasty threw them a loose and slow tempo Pharah composition. After losing control of the objective while running Reinhardt, D.Va, and Mei, the Fusion changed their approach to better catch the incoming engagement tools, namely Nano Boosting their Winston and EMP. Their move towards Winston and Tracer still gives them a strong front line presence while also allowing them the opportunity to attack the enemy supports if they’re caught out of position.

A great example of Philadelphia’s strong macro strategy comes by way of their most recent win, one that granted them leading status in the region. The Chengdu Hunters attempted to flood the Fusion with looks that ranged from spacing around their Ashe to mirroring the Fusion on Rush. Each time the Fusion answered with a new response. When posed with a Pharah, both HOTBA and Rascal were tasked with clipping her wings—and while at times it felt like an overinvestment, the amount of space it created Fusion’s hitscan more time to work. When faced with overwhelming pressure from Wrecking Ball on Volskaya Industries, the Fusion react with a Sombra to allow them coverage through the main choke at the cost of upfront damage.

Three different instances where the Philadelphia Fusion are thrown curveballs, and each time they answer clearly. And on top of it all, Lee "Carpe" Jae-hyeok has been playing like an all-star.

In the face of the logistics of moving the team to South Korea, a turbulent preseason practice, visa troubles, a new roster, and playing in a league that has only matured with time, the Philadelphia Fusion has defied all odds. And while the fates continuously put mountainous hurdles between them and their road to glory, the Fusion has proven these to be minor inconveniences, mere molehills for a team still with latent potential to show.

However, both teams are led by individuals who have graduated from the same school.

As time slowly creeps forward, coaching in Overwatch is not only becoming more important, but it is becoming much more measurable. And it should be no surprise that at the helm of the new-look Outlaws and the glory-bound Fusion are alumni of Park "Crusty" Dae-hee’s San Francisco Shock. Both Choi "Junkbuck" Jae-won and Kim "NineK" Bumhoon can draw their roots back towards the City by the Bay, and while their time with the legendary team may differ, one thing stands in common; they’ve been a part of winning a championship under what looks to be the greatest coach Overwatch has ever seen.

They have both experienced what it takes to become a title-contending team. They have journeyed past their lesson in success and now walk into their mid-term exams in the subject. How much they’ve learned or adapted from Crusty’s coaching style is left unknown, but they are the captains of their own ship now; they are the ones in charge.

This isn’t a lesson in success anymore—it is an exam—and thus far, they are scoring high marks.

Junkbuck and co-head coach Harsha "Harsha" Bandi chase after the high of winning the 2019 Overwatch World Cup alongside Team USA. Their experience together is tangible proof that both men are among the best coaches Overwatch has to offer. Not only have they put Houston back on the map, but if they can continue with their success, the western region will likely see a paradigm shift when it comes to the perceived strength of its teams. If they continue to look this consistent, Houston will become a home for western talent to flock to.

While NineK has found success with the 2020 Paris Eternal roster, the weight and expectation he carries with the Philadelphia Fusion are unending. He and his team have defied all expectations and don’t even have access yet to their proper starting roster. That’s the calibre of coaching both these men bring to the table. Again, it is no surprise that both NineK and Junkbuck come from the same championship-winning team. However, in that same way, they both seem locked into a trajectory that intersects with one another and their former home.

Both coaches and both teams seem highly capable at this point of capturing the May Melee title, but only one team can walk away clad in gold. Can the students surpass their former teacher? Can familiar faces stop the San Francisco Shock from defending their title for a second time?

The May Melee playoffs will be our first glimpse at these questions answered.