With E3 moving online in 2021, the organisers have confirmed the expo will be free to watch and won't be limited by paywalls.

It might not quite be business as usual in 2021, but with the gaming world trying to get back on track, there's a treat in store for fans of E3. Mark the date in your calendar because the gaming event of the year will be completely free to watch this year. With E3 being THE definitive gaming expo, industry experts and gaming fans alike have been flocking to the Los Angeles Convention Center since 1995. In its history, E3 has only ever missed one year, thanks to COVID-19 cancelling the expo in its entirety in 2020.

2021 is looking more promising for E3, and while we still won't be able to attend in person, fans are promised they'll be able to stream for absolutely nothing. We already knew E3 would be online this year, however, the idea of it going free online is a U-turn on previous reports the expo would be locked behind a paywall. Either way, there's the welcome return of E3 to reveal what developers have been working on during the pandemic and beyond.

In the run-up to this year's E3, multiple sources told VGC that a paywall system could be put in place to watch online. One such source was quoted with a possible price of up to $35. Now, the site has confirmed that a spokesperson from the Entertainment Software Association (ESA) has explained E3 will be free to all. The spokesperson reiterated, "I can confirm on behalf of the ESA that there will be no elements at E3 2021 that will be behind a paid-for pass or paywall". A previous statement had explained that the ESA would "deliver a free experience for everyone interested in E3 2021", but didn't rule out the idea of paid-for features.

Early rumours suggested there could be a "premium package" for some, that would offer extra access and maybe even the ability to play demos online. Considering E3 is a top-tier gaming expo, it's where most of the big announcements and latest trailers are shown. Attending the expo in-person also meant you'd be able to play game demos, meaning we're missing out because of everything going online. The idea of paying a little extra to possibly play Far Cry 6 or (dare we hope?) God of War: Ragnarok online could've been a real moneyspinner. According to officials, this won't be the case. 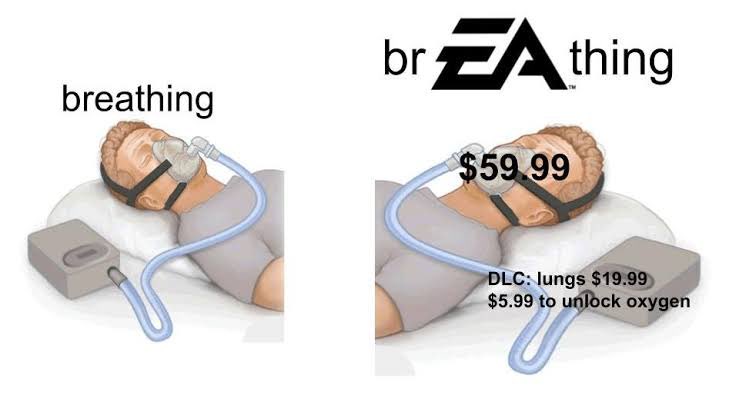 A free E3 in 2021 comes amidst a rebranding that will see the gaming stalwart renamed as the "Electronic Entertainment Experience" instead of "expo". There's a new pitch document to try and get publishers on board, which sounds like a suitably bells and whistles affair to try and lure people back in the midst of a pandemic. The week-long event will start on June 15 and includes three days of broadcast content, followed by a "consumer experience" that is being pushed via the official E3 app.

The pitch document reads, "E3 has always served as the gaming industry’s uniting force, a moment each year where the best and brightest gather to release the latest announcements and game demos in support of not only their individual objectives, but to evangelize the entire industry". Amplifying the idea of something new, the pitch continues. “In 2021, E3 is much more…. Welcome to the Electronic Entertainment EXPERIENCE. International, Inclusive. Innovative, Irresistible and ‘in your hands’ wherever you live...E3 2021 is NOT an in-person event turned virtual".

VGC confirmed that the idea of additional content for an additional cost was floated, however, one "major games company" told the outlet it pushed back against this and had its criticism listened to by the ESA. With it sounding like a paid-for E3 2021 was firmly rejected by some, it might explain why organisers are offering a free for all experience this year. Well, we've earned it after that dumpster fire that was 2020. Either way, reports of live demos, virtual booths, and E3 being streamed from a massive LED stage in Los Angeles means it looks like the new and improved version is here to pave the way for the future.