Players are baffled by an Apex Legends UFO that has appeared in the skies above Kings Canyon and World's Edge in Season 6.

This could be a case for Mulder and Scully because it looks like E.T. is trying to phone home in Apex Legends. Players are being asked to look to the skies as a giant UFO has started hovering over the map. With Season 7 just around the corner, Respawn Entertainment is taking its first-person shooter boldly where no game has gone before.

It's all systems go over at Respawn as developers are pushing for the game's Steam release on November 4. Unfortunately, the long-anticipated Nintendo Switch version has been pushed until 2021, meaning Switch players will be left out in the cold when it comes to these exciting developments.

After teases of strange developments around the Skyhook area - and with gravity lifts popping up across the map - an Apex Legends UFO suggests you should pack your spaceship for Season 7.

Where is the Apex Legends UFO? 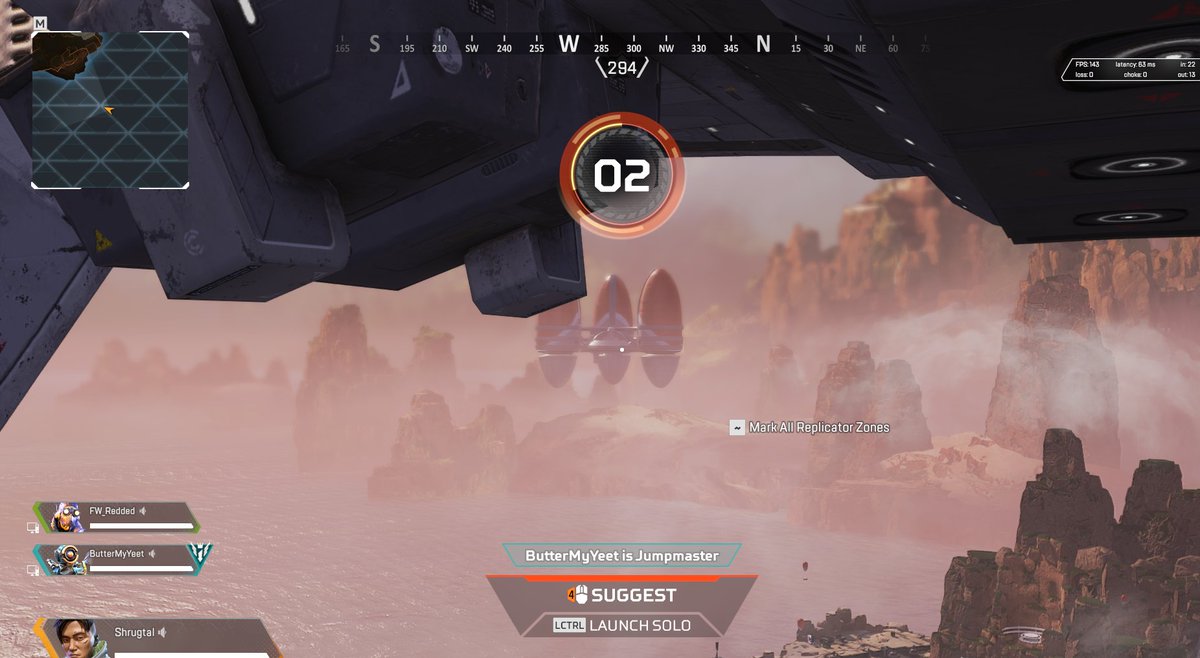 Trusted dataminer Shrugtal gets the nod for first reporting on the UFO, which is ominously filling the skies in Apex Legends. Finding the UFO(s) is easy. They've popped up in both Kings Canyon and World's Edge - hovering in the atmosphere over the maps. You can't interact with the UFOs yet, but if you want a closer look, you're best snapping a shot as you leap out of the dropship.

The developments are coming thick and fast, however, a giant Apex Legends UFO looming in the skies could be the biggest yet. The question is whether those inside the ship are friend and foe, and whether they have ties to any of the existing Legends or newcomers.

What does the Apex Legends UFO mean?

Shrugtal
@shrugtal
Familiar...? From Legacy of a Thief art.

Shrugtal also shared a screengrab of the UFO and pulled a comparison between the UFOs appearing in the sky and artwork from Season 5's "Legacy of a Thief". The tale expanded the backstory of Loba when she was the latest addition and explained her beef with Revenant. We're not quite sure how UFOs and an exolving arc in Season 7 would hark back to this, but Shrugtal seems to be on the money with the spot.

While the purpose of the Apex Legends UFO is currently a mystery, the best bet is it has something to do with the imminent arrival of Horizon. After early leaks pointed to a Legends called Valkyrie, it was eventually revealed as the plucky Scottish lass called Horizon.

She was first introduced during an Easter egg on the Firing Range and said she was scoping out Apex games, suggesting she's not from around here. Many are expecting Horizon to be in the Recon class with a technological edge similar to Crypto.

UFOs are all well and good, but how does this tie into rumours of a new map called Olympus and the possible theme of gods? Whether Horizon is linked to the UFOs or will also be exploring their strange arrival like the rest of us, expect things to be kept a secret until Season 7 is ready to make its mark on the wide world of Apex Legends. Either way, it sounds like space (the final frontier) could be the theme of the hour.