If you want to see what Tommy Vercetti looks like in next-gen, a fan-made Vice City remaster gives players a taste of what could be.

It's time to put on a Hawaiian shirt and a pair of shades, sip a Piña colada, and head off to Malibu Club to dance the night away to "I Ran (So Far Away)". 2021 marks 19 years since we first stepped out into the world of Grand Theft Auto: Vice City, as Rockstar Games delivered what's still one of its best entries to date. Even as GTA V continues to lord it over the rest, Vice City has a special place in hearts.

The Miami-inspired backdrop may have looked great on the PlayStation 2 back in the day, but as we chart a new era of gaming with the likes of the PlayStation 5 and Xbox Series X/S, we're in dire need of a Vice City remaster. If you want to know how Tommy Vercetti might look by 2021 standards, one fan has given him a bit of an upgrade.

Posting on YouTube, artist Hossein Diba has continued their work on remastering the GTA protagonists for mythical next-gen ports. Although there's no concrete evidence that Vice City, San Andreas, and the rest will be brought up to date, Diba imagines a world where you can boot up your PS5 or Xbox and play these old favourites in a brand-new form. In the early '00s, Rockstar churned out a tonne of titles, with the old top-down era being swapped out for the new 3D era of the franchise. Delivering some of the greatest characters to grace the various GTA cities, Diba has remodelled Grand Theft Auto III's Claude, Vice City's Tommy Vercetti, San Andreas' Carl "CJ" Johnson, and GTA IV's Niko Bellic.

All of the above have their own place in the franchise's history, however, few have been as iconic as Vercetti. As well as being the Tony Montanna-inspired kingpin of Vice City, Vercetti is especially important because he represents the first time a GTA protagonist had an actual voice. It was Hollywood A-lister Ray Liotta who lent his vocals to Vercetti, paving the way for the likes of Samuel L. Jackson to voice Frank Tenpenny in San Andreas. We think everyone will agree that Diba's work is crying out for a Vice City remaster.

Will there be a Vice City remaster? 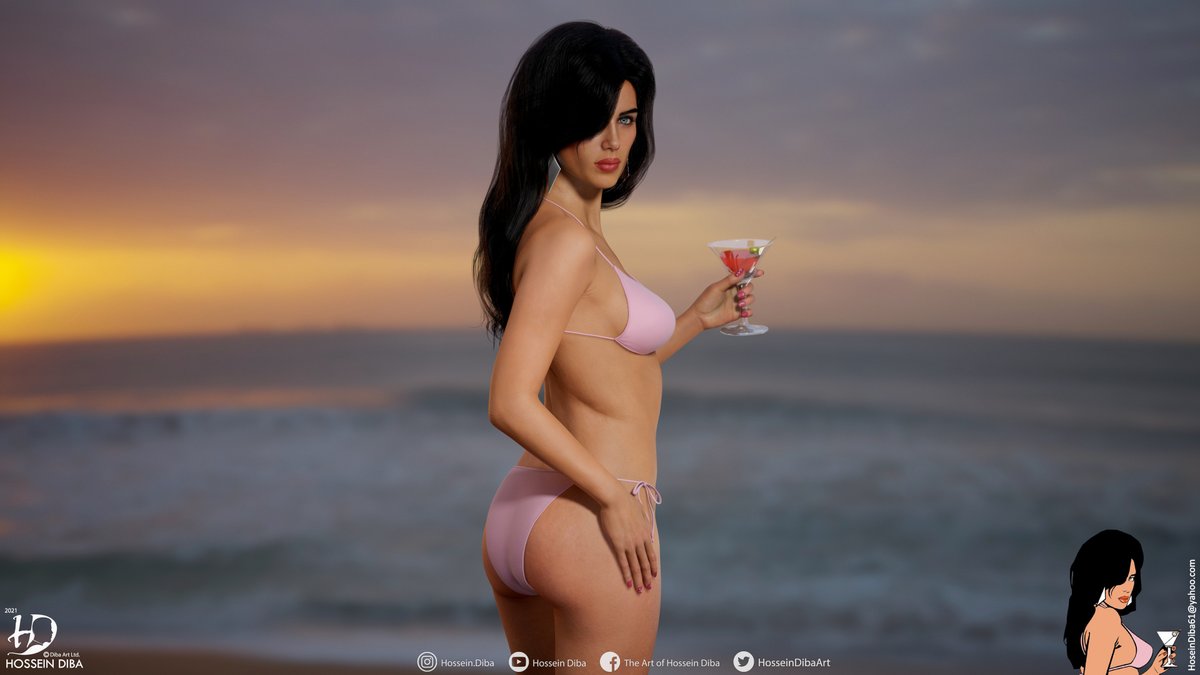 While Rockstar was known for delivering GTA games on a nearly yearly basis, it hits home just how long we've had to wait for Grand Theft Auto 6. It's been eight years since GTA V hit the streets, and with some questioning what the developer has been doing for all these years, it's also been nearly three years since Red Dead Redemption II came out. It's been a long time since we've had a new GTA game, meaning even graphical improvements between 2013's GTA V and GTA 6 will be strikingly noticeable. This leads us onto the upcoming next-gen upgrade that will remaster GTA V for the latest generation of consoles.

Diba's ongoing work has also included the legendary Loading Screen Girl, which is giving us some serious Liz Hurley vibes. Ultimately, it's a fan project that will hopefully catch the attention of Rockstar. Sadly, there's no news on where these games currently stand. Even though there are rumours of a GTA III, San Andreas, and Vice City remaster as a trilogy of classics, there are only cryptic clues dotted through various GTA forums. Until Rockstar gives us the official nod, we're left looking at Diba's impressive work and imagining what a remastered trilogy would look like.