Turner "Tfue" Tenny rose to fame during the Fortnite hype wave which saw many streamers explode into fashion akin to a well-placed boogie bomb. The former FaZe star and competitive Fortnite player was renowned for insane skills on keyboard and mouse whilst having an exuberant personality combined with the swag to refrain from arrogance.

Appealing to many of the older generations of Fortnite players as well as attracting a younger viewership too, Tfue has now moved on from the Fortnite antics to pick up titles such as Call of Duty: Warzone and Minecraft.

Now, Tfue has become the second streamer ever to hit the milestone of 10,000,000 followers on Twitch.

Whilst the metric of followers may not be the only desired count, with subscribers also being a concurrently changing statistic which is also aspired, the achievement is inevitably huge. 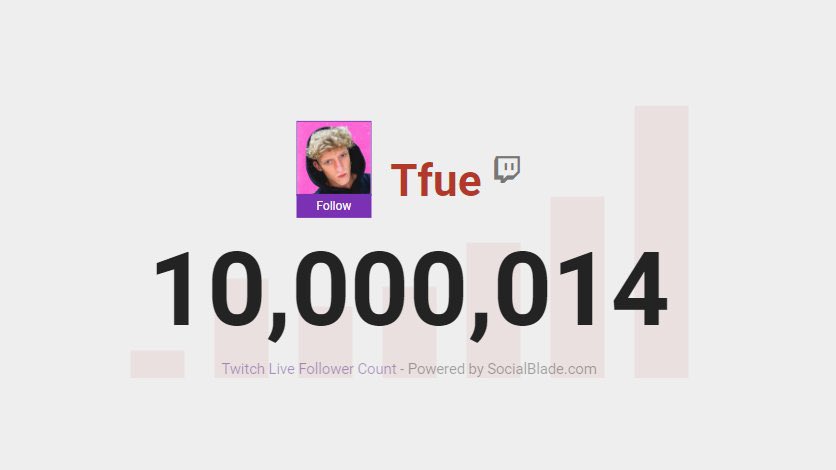 The first streamer to hit the 10 million mark was Tyler "Ninja" Blevins, who also grabbed his surfboard to rise to fame during the tidal surge of Fortnite. With his move to Mixer quickly collapsing and making him $30 million more, Ninja returned to Twitch and now sits at 16.5 million followers.

Whilst Tfue may not have eclipsed the likes of Ninja, a 10 million sized following is far from nothing to brag about.

His journey to success has been coveted by some issues off the field. Despite being a wizard at 'cranking 90s' and whatnot, Tfue's long-sought out legal battle against FaZe was a contributing aspect of gaining his celebrity status. On the screen, Tfue has actually been banned from Twitch on several occasions, and most recently he was subject to a 'swatting' exercise which was never proven or disproven to be real.

Tfue is now focusing on Minecraft speedruns whilst the pot stirs in anticipation of the next popular gaming trend.