The Season 9 map 'Panamo' will be leaving in under two weeks.

PlayerUnkown's Battlegrounds ramped up the action with the ever-changing map "Paramo" being introduced in Season 9. The 64-player map is played over a 3x3km area and offers the most frantic gameplay that PUBG has ever had.

Unlike other maps, Paramo is much smaller and focuses less on getting good loot but rather picking up some quick kills and getting key positions. With it's volcanic centrepiece, the map has ignited the debate as to whether this gameplay suits PUBG or is too close to the likes of Warzone and other battle royales.

However, this debate is close to being disintegrated as the developers have revealed that with the conclusion of Season 9 Paramo will be removed from circulation after just weeks within the game.

PUBG Studios stated that "now is your final chance to adventure around the highlands" in a message on Twitter, with Season 9 ending on December 6.

PUBG
@PUBG
Season 9 is coming to an end and so is the map 'Paramo. With only few more days to enjoy 'Paramo', now is your final chance to adventure around the highlands. 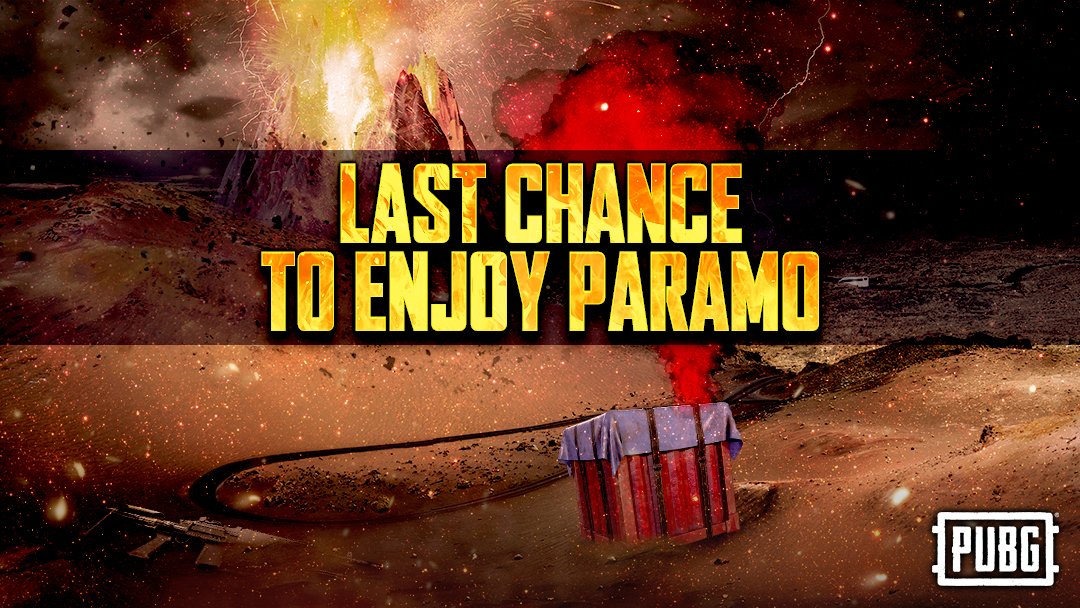 The map joined circulation with the start of Season 9 on October 14 and joined the line-up alongside the classical Erangel and Miramar.

With a buff to sidearms, the gameplay on Paramo became much more aggressive, with players racking up a lot of kills in the early stages of the game and racing through the maps, losing the tactical core values that set PUBG apart in the saturated market.

Ahead of the tenth season, it is unclear whether the developers will plan on introducing another map, although there will be a huge hole in the game that was otherwise stagnating.

After merging with a parent company, Krafton, PUBG studios’ next moves are vital to the games’ existence.