He joins the Outlaws from Guangzhou Charge

The Houston Outlaws have signed DPS player Jung-woo "Happy" Lee. The 21-year-old is played for the Guangzhou Charge last season and became a free agent at the start of November. Happy is the first South Korean and second new signing announced to join the Houston Outlaws for the 2021 season.

Initially known for his outstanding Widowmaker, Happy extended his hero pools during the 2020 season for the Charge, showing solid performances on the other hit scan heroes and becoming one of the stand-out players for the team.

Houston Outlaws
@Outlaws
Think our fans will be quite happy about this one.
Welcome to the Outlaws @owhappy2! #AnteUp
*Pending League Approval. 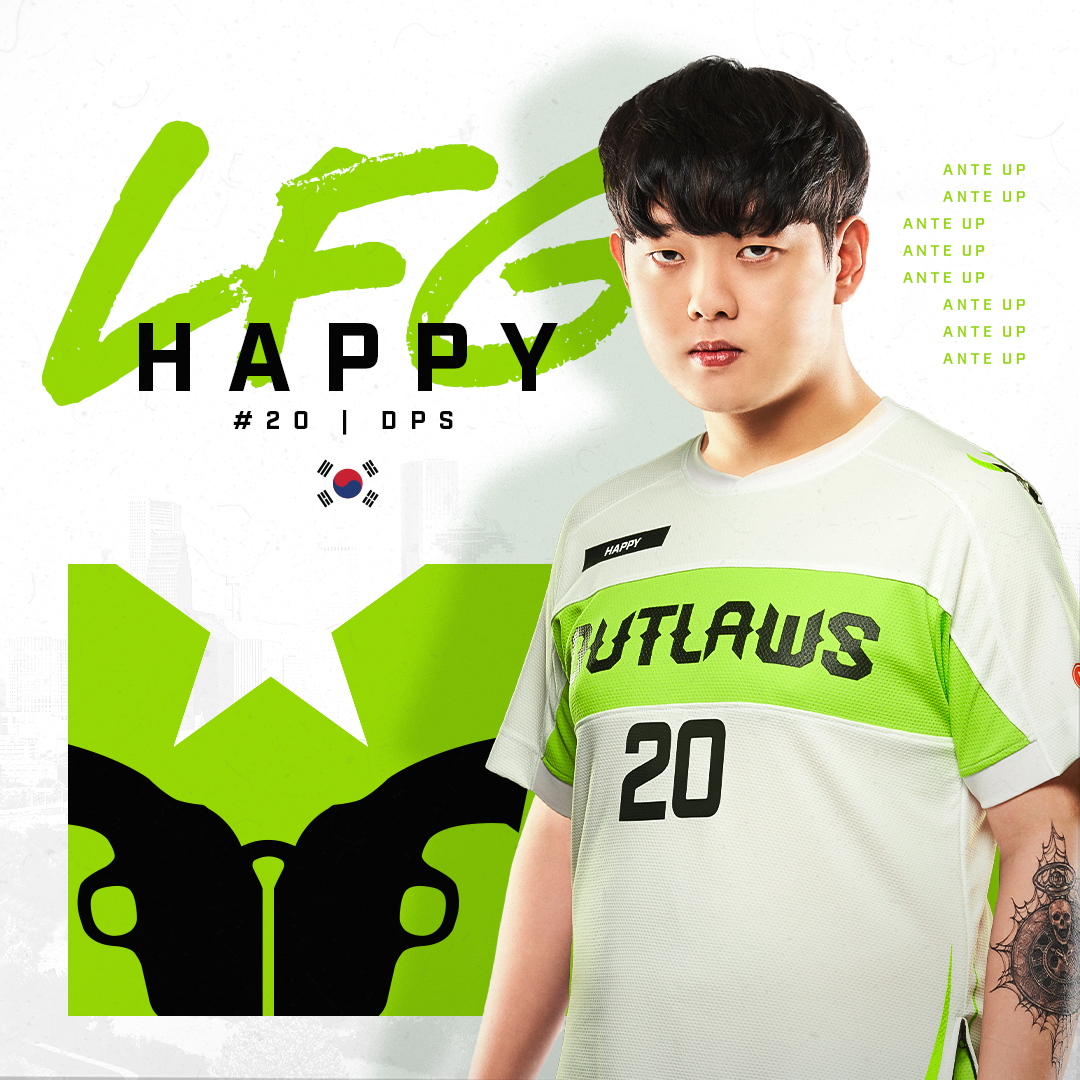 The signing of Happy signals that the Outlaws are fine with signing non-American players, possibly establishing a trend for future signings. With currently only four signed players, the team will have to announce future signings in the coming weeks, likely keeping the trend of having an about equal share of North America and South Korean players. The team is still missing a main tank, main support, and off-tank at the very least, and will have to fill up these spots until mid-January. Especially their choices for the main tank position could become interesting, with no current free agent connected to the team.

It's expected that both Tae-hong "MekO" Kim and Daniel "Boink" Pence will be leaving the team for season 4.