After rallying behind him, the internet help to reverse Clix's Twitch permaban.

It's not often that a site will unban a content creator, despite the amount of fame or pull they have in their respective industry. Oftentimes, when a ban occurs, it is impossible for a creator to do anything about it besides appeal. More often than not, the appeal is turned down, which can result in the permanent loss of a channel or community that took years to grow. Many professional gamers are all-too-familiar with this phenomena, yet it is a risk of their industry. These professionals try to keep their audience informed via multiple outlets, such as Twitter, Instagram, and even Discord.

Twitch, the popular streaming platform, is especially notorious for dishing out bans for arbitrary reasons, without providing details as to why the bans were placed. Most of the time, users get banned quickly, with little to no potential for being unbanned. This can even happen with popular users, such as Herschel "Dr. Disrespect" Beahm IV, who has still not been given a reason for his ban nearly six months ago.

In Fortnite streamer Cody "Clix" Conrod's case, a small slip-up seemed to lead toward the professional's third and final ban. Clix had reached the end of Twitch's three-strike system. Prior strikes had landed him small, yet annoying three-day bans, most of which were largely unwarranted. His first ban came in 2019 when streaming with perma-banned Twitch user "Zayn." The second ban Clix faced was from a DMCA copyright claim in November 2020. This third ban, which occurred on February 15, was not given a reason, but many speculate it was due to Clix accidentally showing explicit content on a livestream.

Despite the fact that Clix corrected his mistake quickly, Twitch still issued him a ban, which resulted in his prompt removal from the platform.

This came at an inconvenient time for both Clix and the internet at large, as two huge factors complicated the issue. Firstly, Clix had just won the FNCS Qualifiers with Kyle "Bugha" Giersdorf and Timothy "Bizzle" Miller on February 14, the day before he was banned. His ban from Twitch meant that he couldn't discuss his victory with his fans.

These circumstances, combined with Clix's unjustified ban from the platform, created a rally of support for the streamer in the gaming community. On Twitter, YouTube, Reddit, and other social platforms, many had begun using #FreeClix to give the permaban exposure.

Clix's esports team, NRG, were the first to coin the movement's rally cry of #FreeClix, which gamers across nearly all platforms adopted. Soon, Twitch's social media pages and posts were being inundated with gamers looking for answers as to why Clix was banned in the first place. Take this completely unrelated video Twitch posted on February 15, where the comments are filled with users demanding that Clix should remain on the platform.

After a little over a day since his late-night ban on February 14, Clix returned to Twitch on February 16. Both Clix and popular Twitter account StreamerBans confirmed this on Twitter. 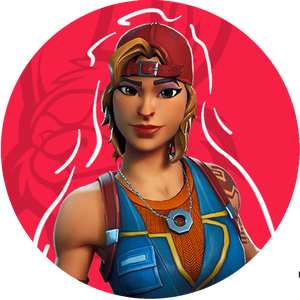 It is uncertain why Clix was banned, as he was not provided with a reason for his ban and subsequent unbanning. What is certain, however, is the power in the rallying movement, #FreeClix. Many speculate that this movement, along with the high-profile names coming out in support of the esports professional, was a huge reason as to why Clix was unbanned.

News of Clix's ban circulated nearly everywhere on the internet. He is, after all, one of Twitch's more popular streamers, boasting 3.7 million followers on his channel. Because of his massive reach and following, the #FreeClix movement had a lot of power, seeping into nearly every aspect of gaming social media throughout the day Clix was banned.

After Clix was unbanned, he hopped onto Twitch to share his thoughts and chat with his viewers. His return stream was met with meteoric success, garnering 1.9 million views. At the time of the stream, he had around 69,000 live viewers. This dwarfs the 283k views he received on the stream prior to his ban and shows Clix's immense presence on the platform.

Many people around the internet are still anxious, despite Clix's unbanning. They fear that Twitch might unexpectedly ban him again in the future, since he is still on his third strike. Until Twitch releases a statement as to why the esports professional was banned, however, this is all just internet speculation.

There is hope, however, considering the sheer multitude of people backing Clix and the #FreeClix movement. There was power behind that movement, which inevitably led to the unbanning of the streamer's Twitch page.

This has incredible implications for the sheer social presence of the gaming movement, and the strength in the movement's voice. With so many users rallying behind a single person, it seems as if anything can be accomplished, even an unban from Twitch.