Despite being rumoured, it appears Activision may have slipped up and leaked the open-world zombie Outbreak announcement earlier than expected.

While rumours of a Call of Duty open-world Zombies mode called Outbreak have been swirling around the internet for a few weeks now, there seemed to be no official confirmation from Activision or Treyarch. Well - until today, that is.

Players took to social media in a flurry of excitement on Thursday after an official post appeared on the Call of Duty website which read:'Welcome to Outbreak - A new, large-scale Zombies experience', and according to Twitter user and well-known Call of Duty leaker @Okami13_, the picture was live for 30 minutes on-site before being pulled down, as it if never happened.

Okami
@Okami13_
Official Call of Duty website accidentally confirms the new Outbreak mode.
It was up on the Cold War Zombies home page for about 30 minutes. 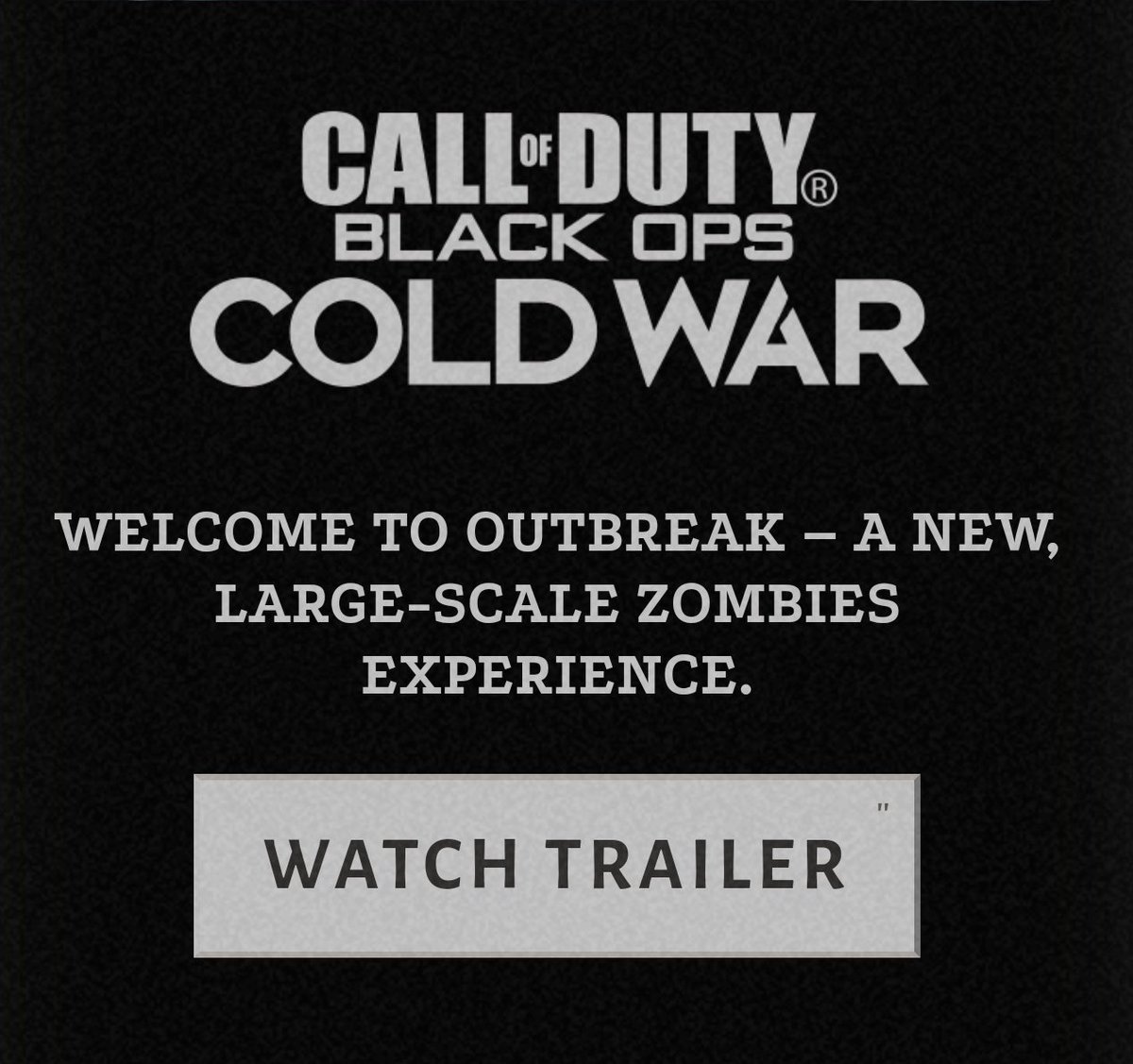 The user wrote in a follow-up tweet: "Seems like Activision is really going to hype this mode up. They must be really confident in it. A new trailer, cross-promo between Warzone and Cold War, plus rumors of an entire event around it. We've already seen some in-game teasers. Should be legit!"

It is not currently known when Outbreak will be announced, or if it will even be confirmed officially at all, but considering the fact it popped up on the official website earlier today, we're going to take a hunch that the announcement isn't too far away in the near future, and very soon we'll all be jumping into an open-world Zombies experience, which quite frankly sounds epic.

This will be the first game mode of its kind to be released by CoD developers, and has also been touted to be more than just a new map, but an entirely new experience altogether.

If that isn't enough Zombie-orientated news for you, then you may also be thrilled to know that further leaks hint at Warzone getting a brand-new Zombie update, because after all, why should the free-to-play players miss out on the action?