Could Titans be dropping from the sky sooner than we think?

Almost immediately after Apex Legends’ release in February 2019, the fresh new fanbase began to ask questions about its sister titles – the Titanfall series.

The lore in Titanfall and Apex Legends is unsurprisingly connected, and they both exist in the Titanfall Universe, with Apex being a Battle Royale spinoff. ‘Apex Predators’ is not only the name of the highest Ranked tier in Apex Legends but also a faction in Titanfall. The Apex Games came to be around 30 years after the Frontier War in Titanfall, and a fringe region, the Outlands, would start to organise the competitive blood sport, plucking contestants from the aftermath, such as Combat Medic ‘Lifeline’ and soldier ‘Bangalore’.

The Apex Games are presumed to be founded and organized by Kuben Blisk, founder of the original Apex Predators mercenary unit and veteran of the Frontier War.

Although any Battle Royale game at its core is usually PVP, there have been instances of PVE combat in Apex Legends, leading some to believe that a full PVE game mode could someday be launched. The latest PVE mode, part of new character Loba’s “Quests”, are proving successful with players seem to really enjoy the refreshing new gameplay.

KimAtPeace
@ItsKimAtPeace
If you haven't played Apex Legends for a while, then it might be time to check back. I'm currently doing the Loba quests... QUESTS! So, they've added a story mode and PvE content, which is really nice and refreshing. 🧊🧊🧊
0
1

Narz Quarantined in NYC
@Narz
I love the new PvE for #apexlegends! This was so refreshing!!
0
3

The season-long Quests were introduced in Season 5: Fortune’s Favor, and centre around ‘Translocating Thief’ Loba, and her hunt for artefacts hidden around the Kings Canyon map. Picking up ‘Treasure Packs’ in normal Apex Legends multiplayer playlists daily will unlock a weekly Hunt, where you and your squad can jump into a PVE mode, against the deadly creatures known as Prowlers. The Prowlers aren’t new to Apex Legends. In the Trials for the limited-time event ‘The Old Ways’ during Season 4, Bloodhound was the main focus, as they teamed up with the other Legends to engage in a PVE horde mode during a normal playlist, wiping out Prowlers in a specific location, to obtain high-tier loot and unlock Rewards. As with the Quests, the Trials were also met positively by the fans.

Respawn
@Respawn
ICYMI: Earlier this week, we kicked off our Old Ways Event in @PlayApex which, along with an all-new Town Takeover and cosmetics, includes the return of Duos and Kings Canyon, for good.
Play the Old Ways Event now through April 21.
72
898

Some fans are wondering – are these events leading up to a true PVE game mode for Apex Legends?

This speculation has been floating around the internet since 2019, with fans wondering if Titans could ever be a part of the Apex Games, or would they simply be too powerful and therefore unfair to introduce into a Battle Royale environment? In an interview with Game Informer in June 2019, Respawn Entertainment Executive Producer Drew McCoy revealed that Titans were due to be part of the Apex Games in the beginning stages of development, but was pulled due to the overpowered nature of the mechs.

We prototyped it for like nine months during development, and we couldn't get it to work well. Titans were created back in the day as a power item. As a sense of, "I am now a badass, don't mess with me." That fantasy fulfilment is destroyed immediately in battle royale once you've balanced them to a point where they don't ruin battle royale.

This interview appeared to put the issue to bed for a long time, until infamous Apex dataminer That1MiningGuy recently found strings in the code that reveal Titans are definitely in there.

That1MiningGuy
@that1miningguy
This is interesting to me because I cannot remember seeing the specific strings for these NPCs that included the _outlands tag. (Not saying Titans for Apex... but maybe something PVE related regarding them?) 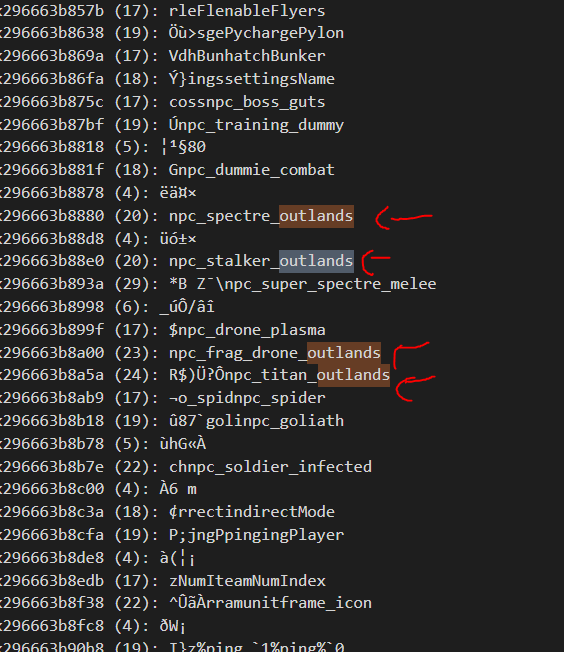 While this doesn’t confirm anything, it is interesting to see that code mentioning Titans does exist within Apex Legends. Perhaps then not a campaign mode, but a limited-time mode or event?

Fortnite is another incredibly successful Battle Royale, which trialled adding giant overpowered robots into their meta in the past.

The brand new B.R.U.T.E mech item was introduced in Season X and was both a vehicle and a weapon. Designed for two players (but usable by Solo players who switch positions) and able to shoot missiles, as well as jump incredible heights and stomp on enemies, the mech was brutally overpowered and caused havoc within the games, and the fanbase. The B.R.U.T.E’s had around 1000 health, around 5 times that of an average player, meaning trying to fight one of these mechs was tough, and usually resulted in a very gruesome and quick death.

Although overpowered and in some players experience “game-ruining”, the question of adding Titans to Apex Legends was posed on Reddit recently, including Fortnite’s foray into robotics in its question.

Titans in apex ? from r/apexlegends

Commenters on both sides fielded arguments about power, balance issues, and the fact that perhaps Respawn could do a better job than Epic did. Although, this question appeared to be posed as a “should they be added to the Battle Royale mode” rather than a new dedicated campaign.

Adding further fuel to the Titan fire was the recent Apex Legends news that Respawn Entertainment had opened a new studio in Toronto solely focused on Apex Legends development.

From the code found in the files, to the new dedicated studio, it appears the Apex Legends team has some surprises yet to come.