With a classic TSM vs C9 showmatch to look forward to, we take a look back at how the rivalry began.

This week is an all-out war between C9 and TSM, with three different matches between the rival organisations. Along with their regular LCS and Academy games, a classic roster show-match is taking place today on Friday, July 10 at 5PM PT. With all our old heroes back on the rift, it’s time to dust off the C9 hoodies and TSM jerseys for the nostalgia trip of the year.

Out of retirement, onto the stage 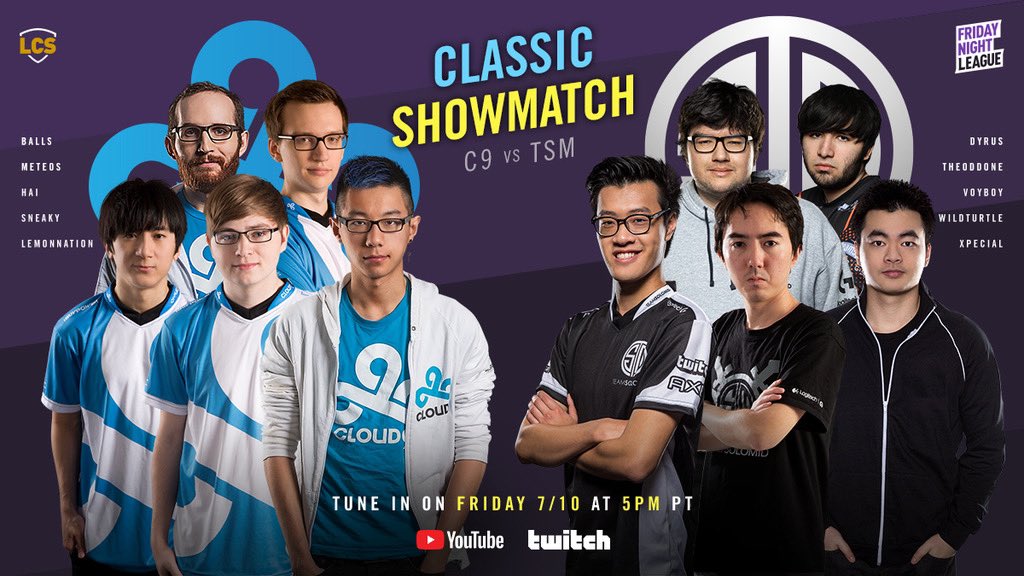 The experienced viewer will recognise C9’s players as the same legendary roster that took NA by storm in the Season 3 Summer Split, while TSM’s roster is also their Season 3 iteration. The only difference is Voyboy, who is standing in for Reginald, TSM’s owner and original mid laner.

Although Voyboy never played for TSM, in Season 3 he played against C9 and TSM as a part of Team Curse. Voyboy is now a Challenger League streamer with a reputation for his fun-loving personality and wacky builds, especially his Frozen Mallet tech. Since Reginald isn’t participating for unknown reasons and Bjergsen is focusing on the LCS, there’s no better replacement than Voyboy. 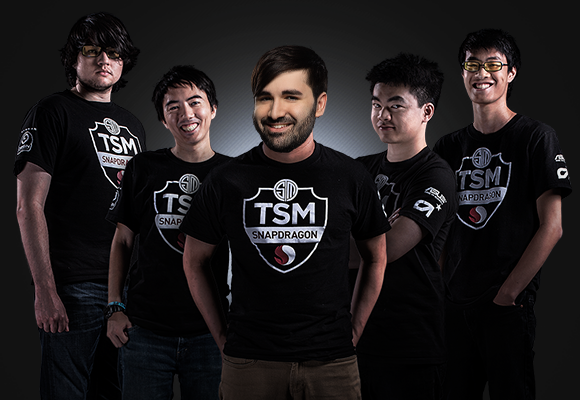 For some of these players though, it will be the first time playing a competitive match in a long time. TSM’s TheOddOne, known fondly by fans as the General, hasn’t played in the LCS since 2014, and Dyrus retired in 2015. Although they have competed in a few show-matches and events over the years, it’s well known that neither plays the game very seriously anymore. Dyrus is currently sitting at Diamond 3 on his main account and still plays solo queue regularly alongside other games like Escape from Tarkov.

On the other hand, TheOddOne barely plays solo queue at all. Just yesterday he streamed for 10 hours to practice for the match, but only played League for a couple of hours before switching to other games. His account is currently Platinum 2 with a 38% win-rate this season, and since Season 4 the account has floated between Platinum and Diamond. While going up against the recently benched 100T jungler Meteos may prove difficult for him, it would be great to see the General back on his Maokai jungle regardless.

While WildTurtle is still playing for FlyQuest and Xpecial is working as a coach, C9’s roster is much more competitively viable. Until last year, Sneaky was still playing for C9 as their bot laner, and LemonNation played for Optic Gaming until 2018. As previously mentioned, Meteos was the starting jungler for 100T until just a couple of weeks ago where he was benched in favour of Contractz. Although he is now playing on the Academy team with poor results, we can hope that he still performs better than a Platinum player who barely plays the game anymore. Hai played for Golden Guardians until 2018 before retiring to create his own amateur team called Radiance, which LemonNation is also a part of.

So how did this historic rivalry begin? After CLG, TSM is the oldest team still competing today, and back in the game’s infancy, the TSM vs CLG rivalry was the driving force of the NA LCS. In Season 1, TSM’s talented roster of Reginald, TheOddOne, The RainMan, Xpecial and Chaox was slated as one of the best teams in the world, especially after taking third place at Worlds behind aAa and Fnatic.

In Season 2 TSM only continued to improve, and TheRainMan was replaced by Dyrus. This change proved to be a massive success, and the charismatic Dyrus became a staple of TSM’s brand for years to come. With this roster change, TSM solidified itself as the best NA team by a long shot and only lost in the Worlds quarterfinals to the eventual second-place team Azubu Frost.

Things were looking great for TSM heading into Season 3, but the same could not be said for others. The relatively new team Quantic Gaming faced financial trouble and ceased operations, leaving their talented roster of Hai, Nientonsoh, LemonNation, WildTurtle and Yazuki without a team. This roster continued to play under the name “Team NomNom” but failed to find success. As a result, Yazuki left and Nientonsoh joined CLG as their new top laner. At the same time, TSM saw WildTurtle’s potential as an ADC and picked him up. With most of their roster picked apart, it seemed like Team NomNom’s demise was just a matter of time.

Luckily Hai and LemonNation managed to completely overhaul their team, picking up Meteos, Sneaky and Balls to form Cloud9’s very first roster. Strangely enough, Quantic Gaming then reformed and acquired this C9 roster ahead of the 2013 Summer Split, hoping to qualify through the Summer Promotion tournament. After a convincing 3-0 victory against Complexity that secured their LCS spot, things were finally looking up for Quantic Gaming. That is until their roster chose to leave the organisation and rejoin Cloud9 with former TSM manager Jack Etienne at the helm. Although this roster’s path to the LCS was unconventional, to say the least, what followed was a record-breaking split the likes of which have never been seen since.

In the team’s debut split, C9 shattered records and exceeded all expectations. By going 25-3, beating TSM 4-0 in the regular split, and then sweeping TSM 3-0 in the finals, C9 became the greatest NA prospect at Worlds that year. Despite losing to Fnatic and coming 8th at Worlds, their 30-3 record that split is still an unmatched achievement in the LCS, and C9 clearly likes to remind TSM of it.

Since Season 3 C9 and TSM have often competed against each other for the top spot in the LCS, and with CLG’s decline it’s fair to say that TSM vs C9 is the ultimate NA rivalry. Over the years TSM has accumulated 6 LCS wins, while C9 has only half of that number. However, C9 has often progressed further on the international stage whereas TSM regularly underperforms, so there’s a debate to be had about which team is more successful.

Right now at least, C9 is by far the most dominant LCS team. It’s hard to imagine TSM beating C9’s LCS roster in their current state, but on the other hand TSM were the only team to hand C9 a loss last split. As long as Doublelift and Bjergsen are on the team, TSM can never be completely written off.

In terms of the showmatch, nobody expects a TSM win, or really even cares about the result. At the end of the day this showmatch is just for fun and bragging rights, as well as being a great throwback for OG fans.