The SGC is full of NA talent, but the lack of information can make it hard to follow. This introduction should give you everything you need to get into this growing amateur scene.

NA has long been ridiculed as a talentless region, without many star players that can shine internationally. In truth, there is plenty of untapped potential at the top of the solo queue ladder; North American organisations simply lack the infrastructure and desire to develop these talents into real competitors. Rather than giving rookie players a chance to grow on the LCS stage, most NA organisations prefer to field veteran players and imports who are past their prime, securing domestic success while forfeiting any chance to win internationally.

Fortunately, this trend may be coming to an end with the recent poor performance of many NA teams. The news this week of 100T releasing Stunt and benching Meteos is a step in the right direction, giving their Academy players Contractz and Poome a chance to prove themselves in the main roster. While Contractz has already had a long professional career on Cloud 9 and Golden Guardians, Poome is a true rookie; he joined 100T Academy just a month ago.

100 Thieves
@100Thieves
Next week for LCS, @poomelol and @Contractz will be our starting Support and Jungle, respectively. We'll share a video tomorrow from @PapaSmithy regarding these roster changes. 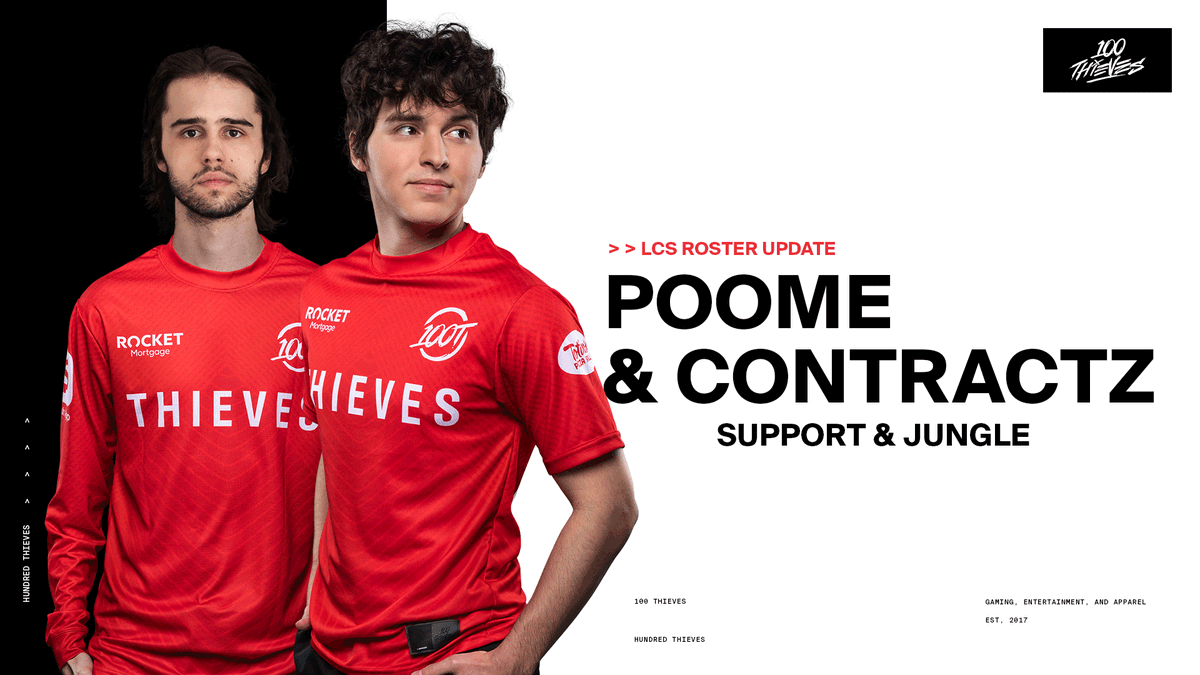 While we are yet to see how he will perform, his meteoric rise to the LCS has brought more attention to the long-neglected amateur scene. For those who are interested in the future of NA, this article serves as a basic introduction to the Scouting Grounds Circuit, with information on the format, tournaments and teams.

These six tournaments are run by different organisers and reward varying numbers of Qualification points. The 8 teams with the most points after all the tournaments conclude will advance to the playoffs, with the end goal being the Scouting Grounds Finals. Here, the top two teams will go head-to-head in a LAN environment, showcasing their skills to LCS teams. The 10 players of these two teams will also be guaranteed half of the 20 spots at Scouting Grounds this year. The further a team progresses, the better their chances are of getting picked up by a franchised organisation for a spot in Academy or LCS.

The regular season of LWL consists of 16 teams in 8 rounds of a Swiss-style bracket, competing in best of three matches. The Legends Weekend League is organised directly by FACEIT and awards the greatest quantity of Qualification points to the winning teams. As such, most of the best amateur teams are participating in this tournament. 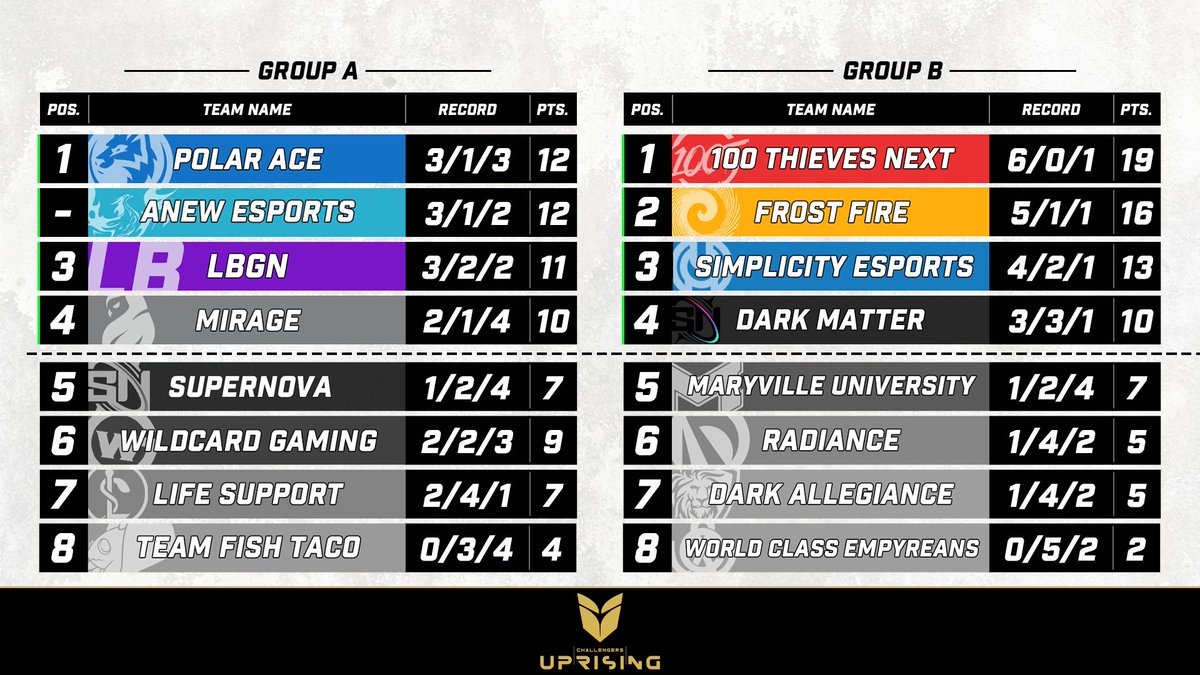 The other tournaments are run by partners of FACEIT, and also award Qualification points. The three largest tournaments after LWL are Upsurge Premier League, Challengers Uprising, and BIG League, which all award the same number of points. Each of the tournaments has a slightly different format and rules, but all are worth watching. If you’re a numbers person, Challengers Uprising has a great website where they collect detailed statistics. They also create content on their players and teams to promote the league.

The Risen and Focus Leagues reward fewer points, and so some teams choose not to participate in them. 100T Next, for example, does not compete in these Tier 2 tournaments. Most other teams do though, and since every point counts towards a playoffs spot, the competition is still fierce.

Each league has their own stream, making it a bit difficult to keep track of what is being streamed where. Luckily, most of the leagues stream on different days, allowing you to enjoy the SGC throughout your week.

Diamonds in the rough

There are technically 23 teams participating right now, but three are only competing in the Focus league, making them a non-factor. Among the remaining 20 teams, only one has the backing of an LCS organisation; 100 Thieves Next. Coincidentally (not really), this team is also miles better than any of the other rosters. 100T has done a great job of getting ahead of other organisations in the amateur scene, and PapaSmithy, 100 Thieves’ GM, has been vocal about developing new talents in the amateur scene. While their LCS roster isn’t doing too great, the organisation can look forward to great success in future seasons if they can keep these players around.

Their top laner Tenacity and jungler Kenvi are undoubtedly the stars of the SGC, and their raw talent basically guarantees them future places in Academy or LCS. All of the 100T Next players are great prospects and rank among the best in their respective roles. They have been dominating the SGC, and there are no signs of that changing.

With plays as good as this, it’s hard not to get hyped about these players. Although they still make occasional rookie mistakes, those are to be expected. More often than not, 100X pulls off an incredible play that gives you a glimpse into just how good they could be with real coaching and scrims. Bear in mind that these two players are both just 17 years old, and have plenty of time to improve and change bad habits.

100X isn’t the only team with talented players though; from 5fire to Acilion and Andybendy to APA, the SGC is bursting with players to get excited for.

For a really in-depth analysis of each team and their players, there is no better starting point than Cubby’s ‘Unofficial, Official 2020 Scouting Grounds Circuit Tier List’. As a respected and experienced member of the amateur scene, Cubby’s take is as comprehensive as it gets.

If you’re looking for something slightly less wordy though, Gbay99’s recent video on the best amateur prospects is an easy watch that will certainly get you excited for the future. Ignoring some of the hyperbole and predictions, he has done a great job highlighting statistics to back up his choices in a simple and digestible format.

Hopefully, other organisations will soon realise the importance of the amateur scene. If the franchised teams can start investing in newer talent like 100 Thieves is, the LCS could look completely different in the future. In the best case scenario, these talents will be good enough to put North America back in international contention within a few years. NA is already the weakest major region internationally, so what do they have to lose? It would be great to see other struggling teams gambling on their young Academy and amateur talent, rather than leaning on the old guard.

For now though, we can at least enjoy watching these prospects grow in the SGC. With an increased viewership, organisations may feel incentivised to take another look at the Tier 3 scene.