The sealed hatches could be part of an upcoming event called Treasure Hunter.

Season 5 of Apex Legends launched on May 12, and with it came a much-changed Kings Canyon, with sweaty paradise Skull Town completely destroyed, and new POI’s at every turn.

Another new addition to the KC map were mysterious loot bunkers with sealed hatches (not unlike the loot vaults of the Worlds Edge map), placed strategically in different locations, and seemingly locked. However, thanks to leaks by Apex dataminer Shrugtal, we now know when these bunkers will be opening.

Shrugtal
@shrugtal
Big one today.
Loot bunker map with release dates, names and big ticket loot spawns.
Quest-related bunker not shown.
First date is start to open, second date is ready to enter. They will eventually all be open. 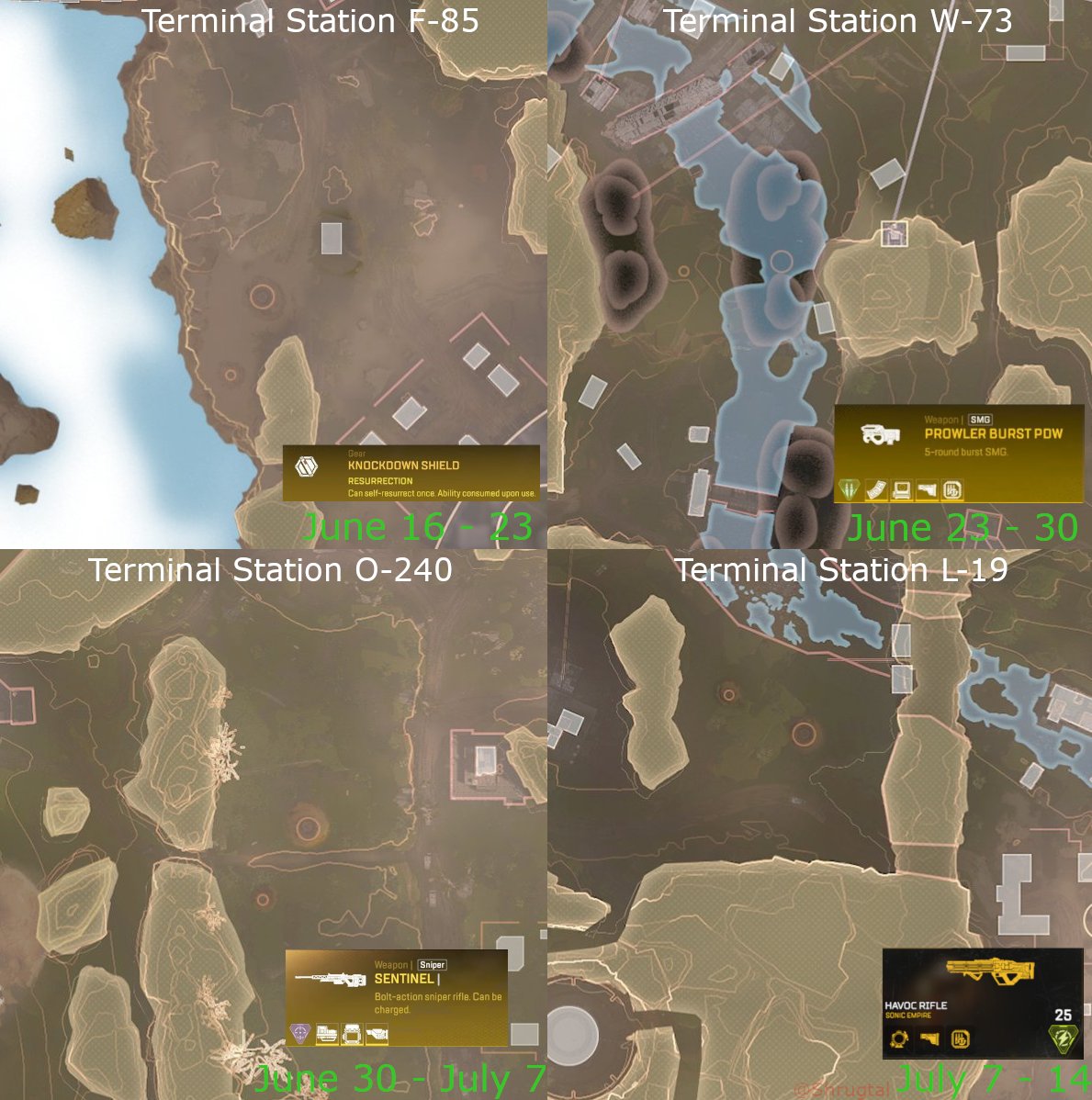 The dates on the image depict when the bunker will open, as well as the date the bunker will be able to be entered. What can also be seen are four gold legendary weapons, and as Shrugtal states; “it’s random normal loot [inside the bunker] with set spawns for gold items”.

These gold items include the Sentinel sniper, the Prowler Burst PDW SMG, the Havoc Rifle, and a gold knockdown shield.

As for the quality of loot, the gold weapons depicted on the map by Shrugtal may suggest they’re not quite as full of high-tier garb as the vaults of Worlds Edge, where your team could expect to find a plethora of gold and purple items.

These bunkers are no doubt attached to the lore of Loba being a high-society thief, as the letters displayed spell out WOLF, her English name translation.

The bunker openings could also be linked to a leaked upcoming collection event called ‘Treasure Hunter’ and looting them could be involved in the missions.

Dataminer Biast12 leaked images of the Loot Tick Apex Pack design that will be used for the Treasure Hunter limited-time event, and the design is reminiscent of puzzle cogs that wouldn’t look out of place in an Indiana Jones film.

Shrugtal backed up these leaks with his own renders of the Loot Tick model for the Treasure Hunter event, as well as showing the code for the event under the Loot Crate file header.

Shrugtal
@shrugtal
Been sitting on this for a while wasn't sure if it was for Quest - after @Biast12 posted it I checked again with new skin method and confirmed that it's for collection event.
The Loot Tick model for the "Treasure Hunter" collection event. 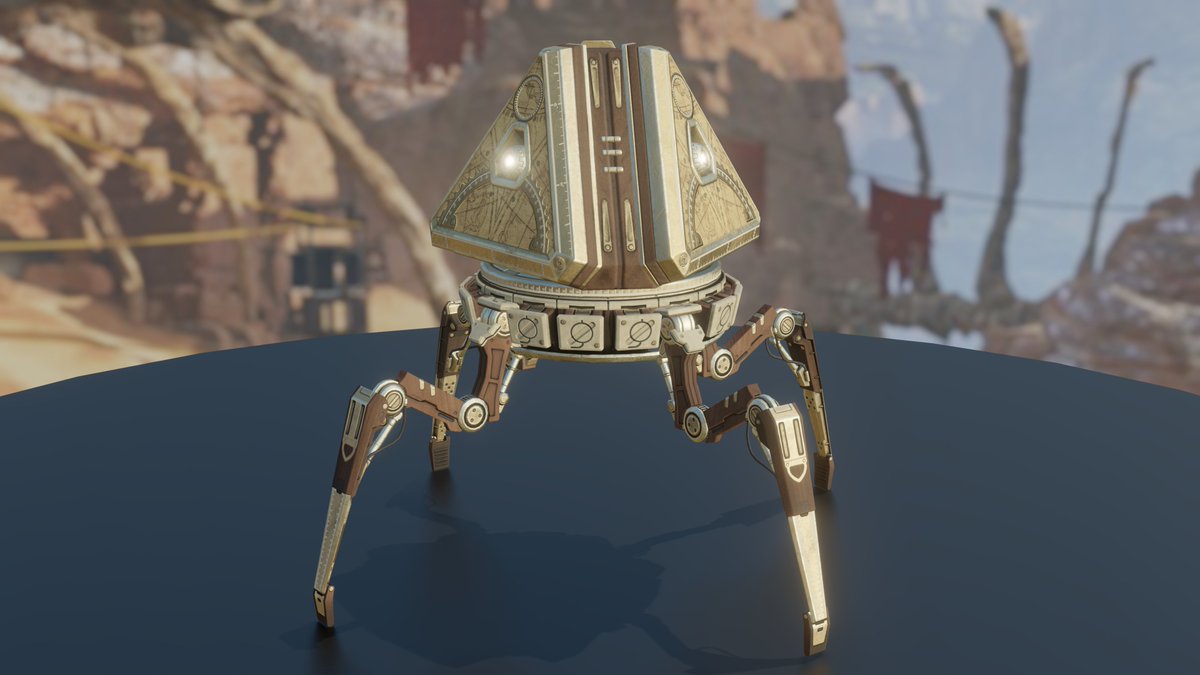 Keep an eye on the mysterious sealed hatches around the Kings Canyon map from June 16, drop into the bunkers and grab yourself a gold weapon!