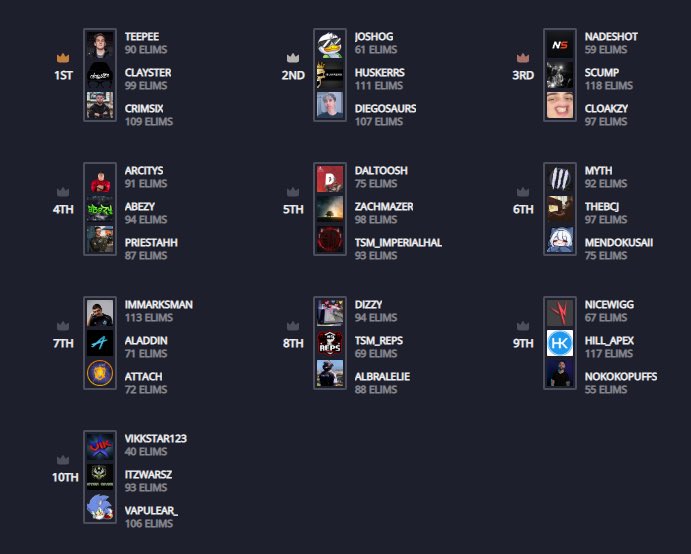 There was a total of $50k in total to be won throughout the evening, with $20k of that given away to the Twitch chat courtesy of CashApp. The remaining money was distributed to first, second and third, with $15k, $10k and $5k going to their retrospective charities. There were also donations to Coronavirus charities made by both players and fans.

The highlight of the tournament was the winning side dropping a colossal 72 kills in one game, wiping out nearly half of the lobby.

It also saw a reunion of the nostalgic OpTic duo Nadeshot and Scumpy, who teamed up with Cloakzy who claimed third place. There were some huge names and combination of players who all combined in a huge effort to raise money for good causes.

There will be more Warzone action tonight with 100Thieves hosting their Warzone From Home tournament with last night’s victor TeePee teaming up with Faze Crowder and Joey ‘MerK’ De Luca.

You can keep up to date with all Call of Duty news and content here at GGRecon.