100Thieves are hosting a Call of Duty: Warzone Tournament, Warzone From Home Tonight

100Thieves are hosting a Call of Duty: Warzone Tournament, Warzone From Home, with a $100,000 prize pool starting at 5pm tonight (GMT).

Announced on their official Twitter page, 100Thieves are splitting the prize pool with $50,000 going to the winners’ chosen charities, and the other half going to the Twitch Chat at home by using CashApp.

Who will be playing?

Warzone From Home will include 16 teams of three, and will be hosted by Maven and Puckett. Eight teams have been announced so far, such as Nadeshot, Courage and Cloakzy, and last night’s GoBoomTV Code Green tournament winner TeePee teaming up with Faze Crowder and Joey ‘MerK’ 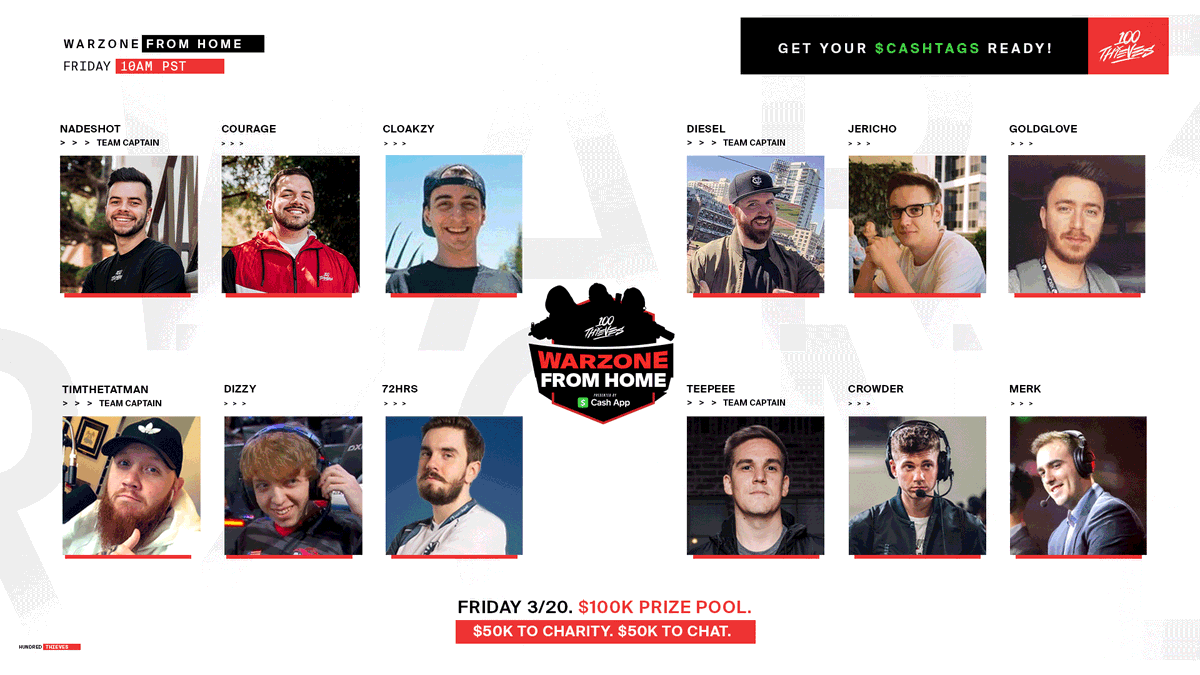 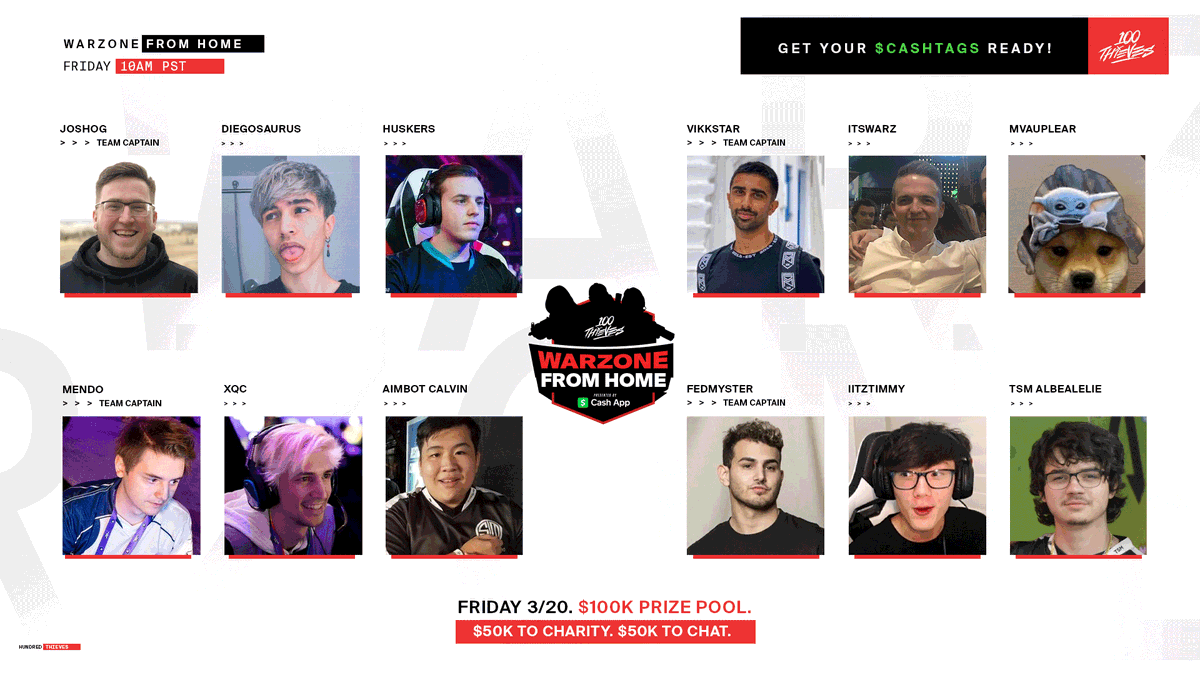 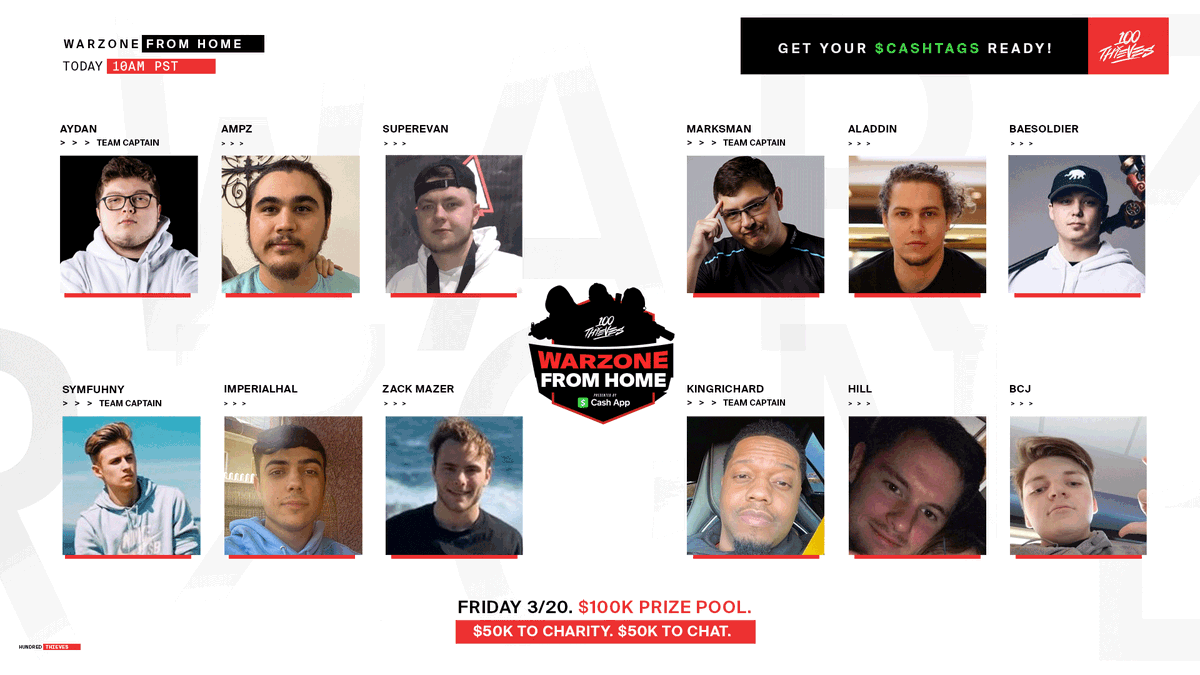 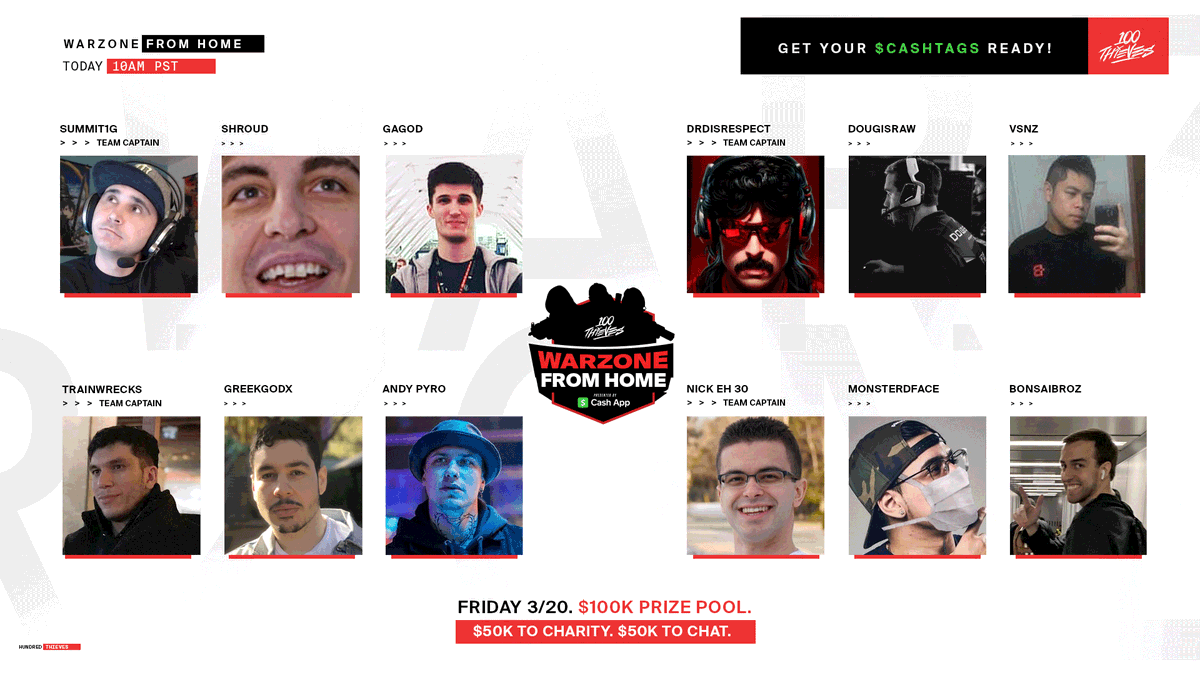 How will it be formatted?

The format for the tournament has been announced to be the first Warzone tournament to use Bracket play. In a straight knockout style, teams will be pitted against each other with the team with the highest points progressing to the next round. Points are still believed to be gathered for eliminations. With 15 matches in total, there will definitely be some intense moments and frantic end games, but it may be who can remain most composed who will be crowned victorious. The brackets will updated on BoomTV.

100 Thieves
@100Thieves
The bracket is set for our $100K Warzone From Home tournament, presented by @CashApp! #CashAppWFH
Who you got taking it all the way? 🧐
Bracket:
Watch: 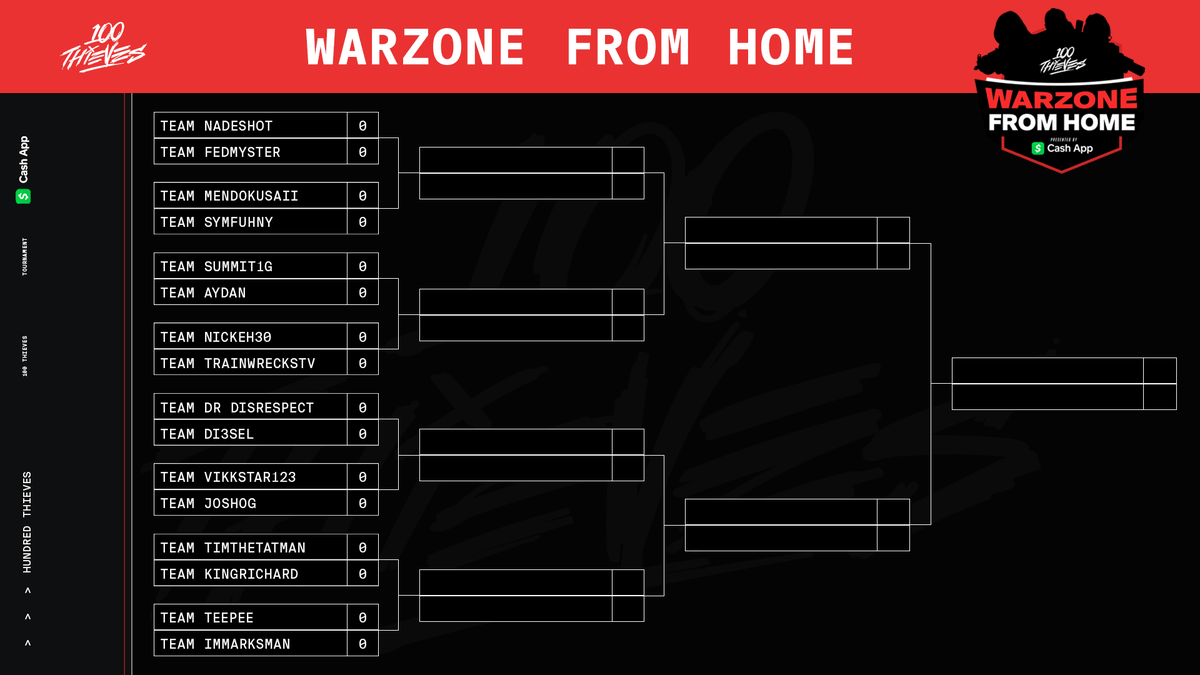 How do you watch?

It will be streamed live on Cash App’s Twitch Channel, but you can also watch it from your favourite streamers perspective through their channels.

Stay tuned at GGRecon for updates and more Call of Duty news.