Rampart could be the Season 6 Legend.

Season 5 of Apex Legends is only three weeks old, but already leakers think they have the code cracked for the next Legend. The rumours circulating on the internet about the next character to compete in the Apex Games land on one name – Rampart.

Apex dataminers have been keen to reveal info about Rampart, and the first instance of his appearance seemed to be in leaked code from Desu in February 2020.

Desu
@DMDesu
Here is a list of every legend to be released in order - enjoy :) @PlayApex has a lot ahead of them!

Rampart appears after Loba in the list, and judging by the names of the Legends and the way they are ordered, this is the times of release. The list also includes character names such as “Blisk” and “Valk”.

Rampart was spotted by Apex dataminer That1MiningGuy in a thread on r/ApexUncovered, showing a document from Respawn developers for character testing, which included the rumoured new addition.

That1MiningGuy was dubious and assumed Valk was the next Legend until recently uncovering more code for Rampart, almost confirming his arrival to the game.

That1MiningGuy
@that1miningguy
Reason being WAS that last time I checked Valk had more stuff tied to her code wise, however tonight I decided to double check, and Rampart actually has a TON more completed regarding particle effects, sounds, models, ... so pretty sure Rampart will be next.

In code revealed by Biast12, the character select subtitle for the character is “Base of Fire”. Abilities were also found, although some may not make it to the actual game. These include:

“Build cover with an upper barrier that blocks incoming shots and boosts the damage of outgoing shots."

"Place a mounted machine gun that anyone can use. High ammo capacity, long reload time."

"Swapping to melee equips a wrench you can use to repair structures."

Judging from these leaked abilities, Rampart will be an Offensive class Legend, dealing high damage, while also providing defence capabilities for himself and his teammates.

Dataminer Suum suggested that the artefact digger in the Season 5 Quests could be an Easter Egg for Rampart’s Turret in Season 6.

Suum
@The_Suum
This will maybe be reused for Rampart's Turret in S6.

Rampart could be the “Newcastle” mentioned as coming in second place in the qualifiers to the doomed Forge character, who was brutally killed before Season 4 so Revenant could take his place in the Apex Games.

Dataminer Shrugtal has revealed an image of what could be Rampart in Design Alpha, looking very rugged, with a cigar hanging out of his mouth.

Shrugtal
@shrugtal
@that1miningguy Design Alpha looks like the art is far more "Temp" than Crypto / Revenant / Loba. Hoping for something similar to the pre-season art 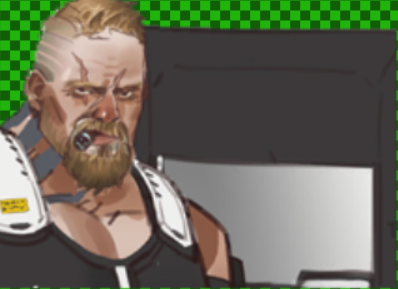 ILootGames also posted, way back in 2019, some concept art found in the files of what could also be Rampart.

iLootGames
@iLootGames
Not sure if this is supposed to be revenant as a human or what lol.. but its in the files now, maybe a troll to dataminers :P

With a whopping 11 weeks left of Season 5 of Apex Legends, we will hopefully find out more about Rampart, his turrets, and his history before Season 6 is upon us.