The team with one of the silliest names in the RLCS has only played together for two months now, but they have already become a staple in Season X.

In its current form, Rocket League roster Omelette is only two months old, but their history starts a little earlier. Freshness, JRuss, and Luke formed the original Omelette roster back in January of 2020. Luccas ‘Luke’ Oyarce takes us back to the early days of Omelette. "We wanted to try things out and decided to play in Dazerin’s Skirmish, the most notable pre-season event at the time." Luke explains that the name Omelette was an idea from Freshness. The players were talking about food when Luke asked Freshness what the team name should be, and voilà, it’s as simple as that. "After winning the Skirmish, we formed the team, and the name stuck. Once we parted ways with Mirage, we decided to return to the original team name of Omelette."

A scramble for teammates

Mirage was the organisation that signed the Omelette squad in February. They played under the Mirage banner in Season 9 of the RLCS, Fusion, Codename: COVERT, and The Brawl 10K. The duo Freshness and Luke stuck together throughout this time, but after Season 9, they often had a different third player as a temporary stand-in for JRuss. In the Fusion qualifiers, they even got knocked out by JRuss, who was playing for Divine at that time.

Their time with Mirage didn’t last all that long. Less than five months later, the team was without an organisation once again. "We mutually parted ways with Mirage after deciding that we wanted to pursue a different route in our careers and look for new opportunities. Once again, we would like to thank them for all the support they gave us. They were nothing but great to us," says Luke.

Mirage
@MirageSportE
We would like to thank @LukeRL_ and @FreshnessXL for their time with us! They have been great players to work with and we are confident they will accomplish great things in the future 👊
Best of success to them as we part away on a common agreement. 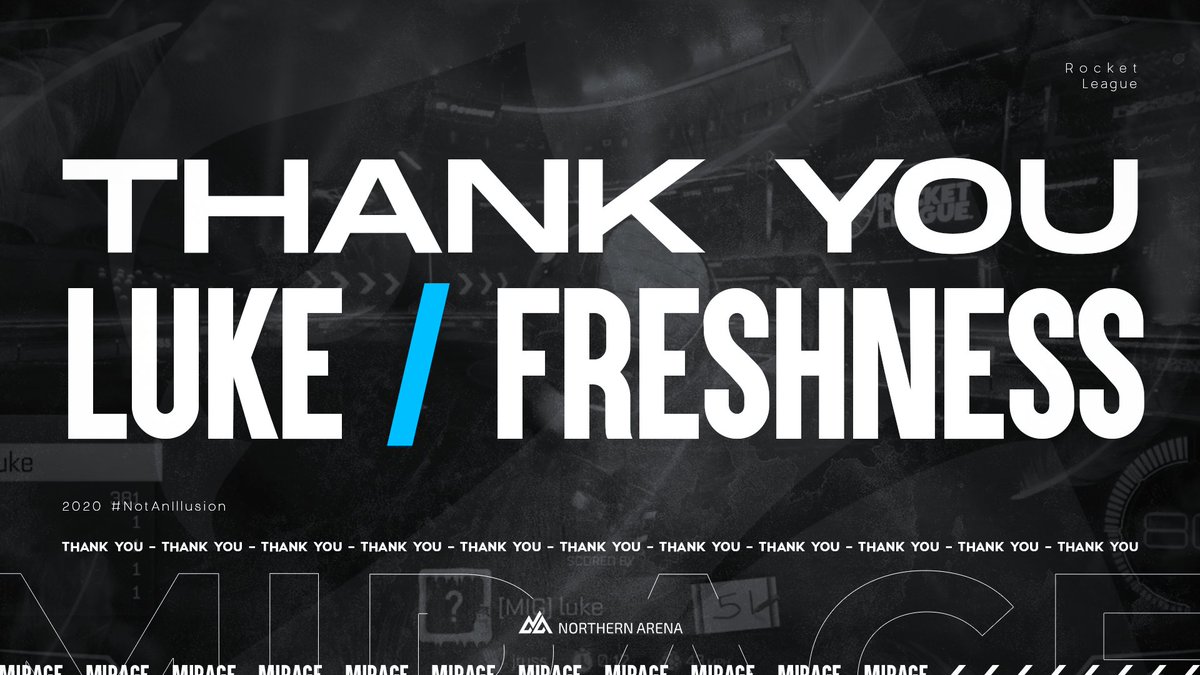 Beyond The Summit: Roster Shuffle

Even though Luke, Freshness, and whoever they happened to play with at the time, showed some decent results before, their real breakthrough came with LionBlaze in the Beyond The Summit: Summer Shuffle. Omelette came into the tournament in twelfth seed, so nobody expected them to go the distance. Out of nowhere, they managed to get to the finals, and ended up in second place. This was their shot, and they proved themselves. Omelette came prepared and didn’t back down against the elite RLCS teams. They studied their opponents and exploited their characteristics. The other teams had a hard time dealing with the pressure Omelette put on them.

The Summer Shuffle was enough reason for Luke to put LionBlaze on the roster for Season X. "Throughout the entire off-season, we were the RLRS team that probably held the most tryouts, because we did not want to feel limited to any single option too quickly. What really set LionBlaze apart from the rest was not only the fact that he had some previous competitive experience, but also that our tournament performances were too good to pass him up. We felt like something connected since the first time we played together, and we decided he was the player we would roster lock with."

spood🤝
@SpoodahRL
Omelette Roster // RLCS X
- @LukeRL_
- @FreshnessXL
- @LionBlaze246
hard carry - @SpoodahRL
We are looking for an organization to represent.
Please DM me or email -> omeletterocketleague@gmail.com
Looking forward to the future with this amazing squadron.
52
1121

Omelette is one of the few RLCS teams in NA to take The Field seriously enough to be among the winners. A few teams, like Spacestation Gaming and Rogue, didn’t play their minimum of ten matches in The Field and got disqualified. For Omelette, it was an easy thousand dollars to earn.

Luke explained why The Field isn’t very popular in NA. "Some of the teams who are in Division 1 of the Field did not even make top 32 of the Regional through open qualifiers, which makes it feel worthless for a top tier RLCS or an RLRS-level team to consistently play in The Field." The Field is only open for queues in the late afternoon and evening, which is also when most scrims are planned. "Why would players queue into The Field, when they can just play in scrims that they scheduled and that they know will benefit them, rather than sweeping a team in The Field without even trying?"

RLCS X brings along new challenges, but Luke likes the competition. "Competing against the best teams in the world is always fun. The new format allows teams like ours, which were previously locked to a league system like RLRS, to achieve higher levels of success and prove ourselves more than we ever could before. Understanding how top-level teams play and being able to scrim them on a regular basis also gives us more insight into the road to the top."

"Yes, playing better teams currently means we lose more often than we would’ve with a different format, but the skills we’ve learned and improvements we’ve made are much greater compared to the previous RLRS format," add Luke. Other than a top-eight finish in Week 1 of The Grid, Omelette have struggled to get further in Season X.

Our goal for every regional is to do our best and try to win it all.

It’s only the first split, though. Omelette are looking to develop as a team through the tough competition. "After a poor performance in the first regional, we decided to take a step back and evaluate what had recently gone wrong with the team. After countless hours of scrims, replay reviews, and getting down certain skills, we are going into the next regional with a full new game plan and a completely new mindset."

So, what can Omelette bring to the table in the next Regional Event? Luke knows what he wants. "Our goal for every regional is to do our best and try to win it all, as should be every team’s mindset. Specifically, though, we are looking to secure at least a spot at the Major for the Fall Split."