The League of Legends World Championship ended over two weeks ago, and free agency across all the major regions has started. Multiple teams across the four major regions have already begun to either rebuild or replace what many thought were key pieces — or maybe, needed replacements.

With this in mind, we’ll wave one final goodbye to the number of rosters as we knew them with a tier list ranking our top 20 League of Legends teams from the major regions — North America, China, Europe, and Korea. In this tier list, we’ll utilise the teams’ Worlds performances, and if they didn’t make it to Worlds, we’ll use their most recent Summer Split performances.

The least surprising placement out of all of the list; there is so much to say about this team yet we’ll keep it brief. This team was dominance incarnate, only dropping three games total throughout all of this year’s Worlds — one in the group stage to JD Gaming, one to G2 Esports in the semifinals and lastly one to Suning in the finals.

They were far and above everyone at Worlds, especially their League of Legends Champions Korea (LCK) brethren as it showed when they mopped the floor with DRX in the quarterfinals — repeating the same result of the LCK Summer Split finals. They didn’t do anything without purpose all tournament long, from stealing a camp to stealing a buff to taking an objective. A team that is able to pick and choose what they want to go for, getting it and then winning a game. This is a team who deserves the number one spot.

Smashing everybody’s expectations reaching the World finals, this team was just absolutely stunning in their play. A Cinderella story of a run had this team at 11th place during the League of Legends Pro League’s (LPL) Spring Split to later placing them in the biggest stage at the World Finals — representing their home country on home soil. They had a trek of a playoffs run defeating both LPL’s #2 seed, JD Gaming, and LPL’s #1 seed, Top Esports.

Medic
@MedicCasts
I think a lot of people won't appreciate how much of an upset this is.
JDG won Spring, took TES to 5 games in Summer. Suning were 11th in Spring!
Honestly one of the biggest underdog stories of Worlds.
64
1738

Alongside DAMWON Gaming, Top Esports were absolutely dominant in their play at the World Championships — only dropping one upset game to FlyQuest. They handled Korea’s number two seed in DRX and demolished Unicorns of Love. This was one of the teams to beat until Suning decided it was their time to shine.

This team traded LPL finals wins with Top Esports across the 2020 season, winning the spring split but losing the summer — both in 3-2 fashion. They would’ve caused havoc in any other Worlds group, but unfortunately, they were pitted up against the eventual tournament winners in DAMWON Gaming. This group placement put them at the second seed, immediately being forced to face Suning in the quarterfinals.

Ahead in the LCK pack that is behind from DAMWON Gaming would be DRX. With a 15-3 record during the summer, they were alongside Gen.G a good portion ahead of the likes of T1 and Afreeca Freecs. Spearheaded by Jeong “Chovy” Ji-hoon and accompanied by the strong bottom lane of Kim “Deft” Hyuk-kyu and Ryu “Keria” Min-seok, this team was one that on a good day could fight with the best of them — unless you were DAMWON Gaming or Suning.

Seemingly right on cue, Fnatic got their Worlds buff. Oskar “Selfmade” Boderek cemented himself alongside Rasmus “Caps” Winther, as one of the mainstay carries for the team in the future. This team’s bottom lane was the best bottom lane for the League of Legends European Championship (LEC) especially after a surprisingly aggressive showing against Top Esports’ bottom lane. They pushed one of the tournament favourites to the brink but couldn’t quite close it out.

Their potential on its own and their dominance on their own region gives them the spot right under Fnatic. When it came to Worlds, this team just rolled over, they got an easy quarterfinals matchup against Gen.G, and their wins came off of level ones. This certainly was not the G2 Esports from last year —  the one who made World finals.

As stated previously, the other half of the pair that were ahead of the T1’s and Afreeca Freec’s of the world was Gen.G. Gen.G’s fearsome bottom lane was a force to be reckoned with. But their bottom lane wasn’t all as both of their solo laners, and their jungler were studs in their own right. They could just never quite really get over the hump that was DRX for them — as seen in their close Round 3 playoffs match this summer — much less close the gap between them and DAMWON Gaming.

As the last Chinese team to qualify for Worlds, LGD takes the cake at our fifth spot in this tier. In play-ins, this team was not looking like a team who were just one to two games away from quarterfinals. They finished play-ins at 1-3, being forced to play a tiebreaker versus V3 Esports to qualify for the knockout stage. They’d later have a resurgence come knockout stage, sweeping both of their opponents — Rainbow7 in the elimination round and Legacy Esports in the qualification round.

When it came to groups, they were placed in what was one of the most contested groups having to face Gen.G and Fnatic in which they traded games with Fnatic, who got their Worlds buff, and like the rest of the teams in that group, smashed Team SoloMid.

This team could’ve well been above LGD Gaming in this tier on our list as they never got the chance to face off against LGD Gaming in the summer playoffs. Victory Five had a better performance versus Suning in Round 1 of the playoffs compared to LGD Gaming’s performance in Round 1 of the qualifying match for Worlds. This was a highly coordinated team playing around their mid-laner, Li “Mole” Hai-Yan, coupled with the strong players they received from Suning on a loan — mainly Wei “Weiwei” Bo-Han.

They were dominant most of the summer with those player loans, but due to low championship points, they weren’t able to get to the regional finals.

We’d have Afreeca Freecs as our first LCK team on this tier. They were able to get past T1 in Round 1 one of the playoffs, later getting swept by Gen.G in Round 2. That T1 defeat gave them their first victory over a team that was higher than them in the standings — a first for the organisation. With Kim “Kiin” Gi-in in the top lane and Jin “Mystic” Seong-jun at AD Carry, this was a team who could put up a fight of their own.

The second LCK team in this tier, T1, seemingly never really found their footing starting with that benching of Lee “Faker” Sang-heok to start the Summer Split — bringing in 17-year-old Lee “Clozer” Ju-hyeon. Much to everyone’s surprise, especially the T1 fans, this was the start of what shakiness T1 would show throughout the split. They were eliminated from playoffs by Afreeca Freecs even after bringing back Faker to the starting lineup, but even the Unkillable Demon King couldn’t save them. 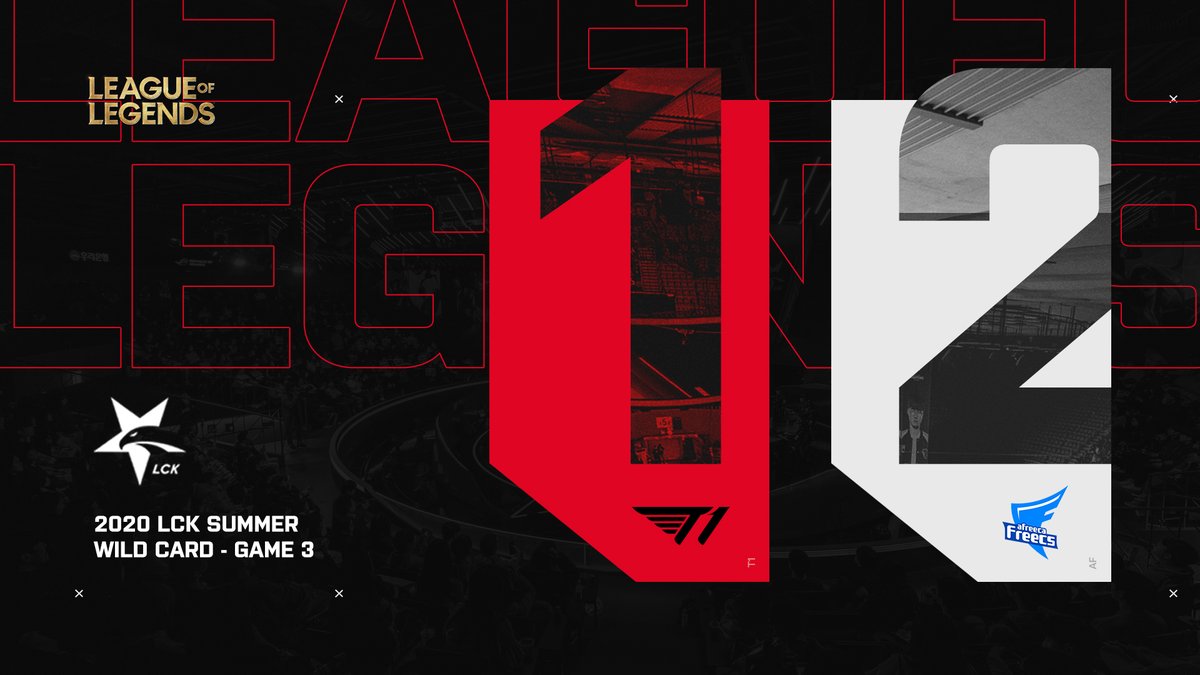 As the best performers at Worlds for the League of Legends Championship Series (LCS) — being placed in a group with eventual semifinalists G2 Esports and finalists Suning — Team Liquid were a pretty good pick for this tier. They dominated play-ins, auto qualifying as the first seed, and finished 3-3 in their group in the group stage. During the first week, they performed poorly, only getting one win over G2 Esports — putting them at 1-2.

Come the second week, they put themselves in quarterfinals contention only to have Suning take it all away with a victory over G2 Esports. It was not the performance North American fans were proud of but one that is possibly understood seeing the circumstances of the matchups they faced in their group. But even with the decently strong showing for their Worlds group, we wouldn’t see beating many of the teams above them.

With a similar route to a 3-3 in their group to Team Liquid, FlyQuest performed pretty decently for its first Worlds as an organisation. They had to face what were one of the tournament favourites in Top Esports, and a strong number two seeded Korean team in DRX. Although two of their victories were at the hands of Unicorns Of Love, this team managed to get an impressive upset win over Top Esports. Across the whole year, they were one of the top dogs in the region, and it showed as they got to back-to-back finals in the 2020 season.

Although a disappointing Worlds run by them only getting one win versus a PSG Gaming who wasn’t the same team from play-ins — due to them losing the players they got loaned from ahq eSports Club. Rogue were atop the standings all summer regular season long, and Emil “Larssen” Larsson was impressive as can be. They just seemed to have run out of gas as inexperience at the Worlds stage might’ve caught up to them. Finn “Finn” Wiestål also got his top lane champion pool narrowed down by enemy teams, making him a huge target.

The only team in this top five to not make Worlds for Europe, FC Schalke 04 ended their summer regular season with a seven-game win streak. They went into the playoffs fired up, quickly dismantling SK with a 3-0 sweep in Round 1 of the Loser’s Bracket. Once Round 2 came along versus Mad Lions, they couldn’t quite keep the miracle run going losing 3-1. FC Schalke 04 were one good day away from getting into the top four — giving themselves the fourth and final seed for Europe at Worlds.

By far the worst performance you could expect from a number one seed from any major region, Team SoloMid’s 0-6 performance at Worlds places them below their North American comrades that accompanied them to Worlds. If it wasn’t for them peaking at the right time with their historic playoffs run and Cloud9 being out of sorts, they wouldn’t have made it Worlds to begin with —  at least not as the first seed.

Rounding out this tier is Mad Lions, this team represented the European region as the fourth seed at Worlds, but an underperformance at the Worlds play-ins failed to net them a groups stage visit. This young rookie team was at the top all summer long but couldn’t quite translate come international play. Their innovation had run out after the regular season, and their playoffs performance left much to be desired. Like Rogue, they were a disappointment at the first and only international event of the year.

Cloud9’s performance during the spring was majestic only to fall on their face at the finish line after a 3-1 defeat by the hands of Team SoloMid in Round 3 of the summer playoffs — losing their chance to make Worlds. At the start of the season, this team seemed unbeatable until they finally came back down to earth and lost the essence that made them that way. Either way, this team was just a good day’s performance short of making Worlds, and who knows what would’ve changed if they did.

Maybe on a good day if Cloud9 of old — the Cloud9 who dominated spring — show up , they can punch above their placing on this tier.

This team was the team that set the historic Team SoloMid playoffs run in motion after sending them to the loser’s bracket with a 3-0 sweep in Round 1. They were one game short of making it to the third round, but a Team SoloMid reverse sweep stopped that train in its tracks. With almost surpassing their best performance in the regular season for its organisation’s history, this is our fifth pick. But even with all of that, we just don’t see them getting any wins from any of the teams above them.