Laying out one of the possibilities of Cloud9 making Worlds.

Cloud9 started off the League of Legends Championship Series’ (LCS) 2020 Season with a terrific Spring Split. Only losing two matches all split — one in the regular season and one in playoffs — they crowned themselves champions of North America after a dominant sweep over FlyQuest in the finals. This team, by all intents and purposes, was destined to be one of the three teams that the LCS was going to send out to the League of Legends World Championship this year. It was just a matter of time of figuring out what other two teams were going to accompany them.

Come Summer Split, the dominance continued all throughout the first round-robin — having a perfect record intact of 9-0. This all changed once 100 Thieves were the ones to hand them their first loss of the Split; since then Cloud9 began to get shaky. The essence, the aura… the utter “we don’t care, we’ll win anyways” attitude was gone. All that was left were remnants of Cloud9 of old that would appear every so often.

In this article, we’ll go over a “What if Cloud9 made worlds? What if they cut Team SoloMid’s historic playoff run short?”

We’ll go over the steps of what would’ve happened if Cloud9 took that series over Team SoloMid in the playoffs, how it would’ve shaken the LCS playoffs and how it would’ve ultimately changed Worlds seedings and groups.

Cloud9
@Cloud9
6 years.
6 years since our last LCS title. 6 years ago we dismantled TSM 3-0 in the Grand Finals and made 2014 Spring look like a total C9 domination. We carry the legacy. The Old C9 watch us today.
And we are gonna make them proud. #C9WIN 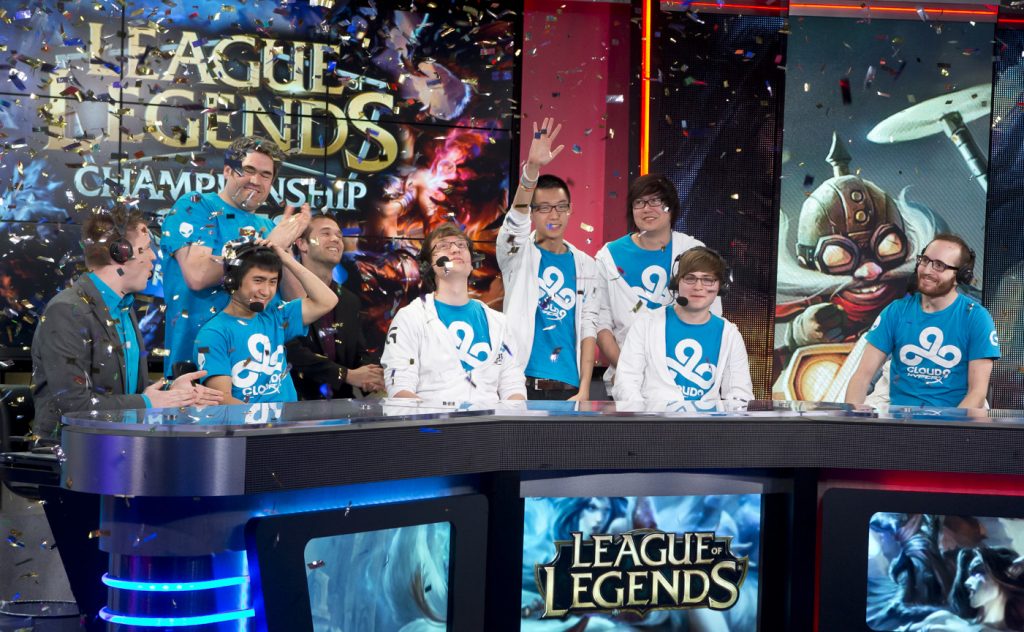 First, to note we’ll fast-forward into that history-filled Team SoloMid versus Cloud9 Loser’s Round 3 match — the winner makes Worlds and moves on while the loser stays home.

In reality, Team SoloMid’s historic playoff run reached its midway point once they were slated to face Cloud9. Come game time, Team SoloMid had a few things up their sleeve — playing through top lane and giving resources to Sergen "Broken Blade" Çelik. The series wasn’t close at all. Cloud9 stood no chance — only showing flashes of Cloud9 of old just once in their sole victory in the series.

But for argument’s sake, let’s say Cloud9 cut that historic playoff run short and beat Team SoloMid in a close 3-2 encounter. They would’ve moved on to face Team Liquid which seeing how Team Liquid were performing; it would have been a tough task for Cloud9 to get past them. That’s okay though as with that Team SoloMid defeat they qualified for Worlds — they can wipe away their tears with that sweet, sweet Cloud9 money, and the winnings from that dominant Spring Split run.

In that case, we’d see Team Liquid ultimately defeating FlyQuest for the second time in the playoffs and putting themselves at the first seed, as opposed to the third seed they got in reality in which they were forced to qualify for Worlds groups through play-ins. FlyQuest losing in the finals once again would keep them as the second seed. This would all be in the world of “What if Cloud9 cut Team SoloMid’s playoffs run short”.

This is how the bracket would look like if Cloud9 beat TSM, changing the outcome of Round 4 and Finals. [Image via Leaguepedia (Edited)]

Now comes the fun part, Cloud9 has qualified for Worlds! How would the bracket play out? Cloud9 losing to Team Liquid in that playoffs Round 4 match would put them as the third seed representing North America. This would put them in the position that Team Liquid were in at this year’s Worlds — having to play through play-ins to qualify for the group stage.

Let’s say that placements for groups remain the same, just slot in Cloud9 instead of Team Liquid in that Group A — as Team Liquid got first place in this “What If”. How would have Cloud9 faired in that group? That group had Legacy Esports from what used to be the Oceanic Pro League (OPL). Papara SuperMassive from the Turkish Championship League (TCL), MAD Lions from the League of Legends European Championship (LEC) and INTZ from Brazil’s CBLoL. Looking at this group, it’d be a very tall order for the North American representatives.

This team’s international experience is comparable to Team Liquid’s as Cloud9 has more than five Worlds trips between all of its players, but the distance of those trips pales in comparison to Team Liquid’s. Team Liquid had two World Champions in Jeong “Impact” Eon-yeong and Jo “CoreJJ” Yong-in, a semifinalist in Nicolaj “Jensen” Jensen and a third finalist in Mads “Broxah” Brock-Pedersen. The Worlds trips for Cloud9 were two semifinals and a handful of just group appearances — not getting into the quarterfinals. Cloud9 wouldn’t be able to rely on Worlds experience as well as Team Liquid could and did.

We wouldn’t see Cloud9 getting a first-place over Legacy Esports; we’d also see Mad Lions stealing a win from them as well but, they’d pretty easily take care of INTZ — getting themselves two wins. That would leave us with how they’d do in the rest of the matches. Let’s face it, although in this “What If” Cloud9 made Worlds, this Cloud9 would have not been very strong. At best they could’ve gotten second seed, but we honestly see them finishing in third place as Parapara SuperMassive would’ve given them issues, add the Mad Lions victory steal and that’ll do it.

Although in this “What If” scenario Cloud9 beat Team SoloMid to make it to Worlds that wouldn’t have changed how Cloud9 was still struggling to find their identity once again. That performance versus FlyQuest in Round 2 of playoffs was abysmal. Team SoloMid got hot at the perfect time when it came to playoffs; this netted them a Worlds trip that eventually put them winless in their group. Cloud9 in this scenario would’ve been taken advantage of by nearly every team in this play-ins group.

That would end Cloud9’s Worlds run, failing to get into the group stage as they wouldn’t perform well in play-ins.