New Fortnite leaks suggest The Mandalorian skins for Din Djarin and Baby Yoda could be part of the Season 5 Battle Pass.

It looks like "this is the way" as the latest Fortnite leaks suggest the wide world of Star Wars is making its mark on the upcoming Chapter 2 Season 5. Notably, the Mandalorian and Baby Yoda are two of the Star Wars superstars preparing to suit up and jump off the Battle Bus, sorry, Millennium Falcon.

While Mandalorians were once a bit of a joke in that galaxy far, far away thanks to Boba Fett's cameos in George Lucas' original trilogy, the armour-clad race has grown in popularity thanks to expanded canon. When it comes to Jon Favreau's The Mandalorian, the show's freshman season introduced us to Din Djarin as the titular Mando, however, did anyone think the pint-sized Baby Yoda would be the shining star?

Fortnite is no stranger to Star Wars crossovers, but in the midst of The Mandalorian Season 2 continuing to be a ratings hit, now seems like the perfect time to introduce the dynamic duo of Djarin and Baby Yoda. You'd better start polishing that Beskar.

Fortnite The Mandalorian skins: what are they?

The announcement of Fortnite offering two free months of Disney+ sparked speculation the famed bounty hunter and his bouncing bundle of Force-sensitive joy would be jumping in for a round of battle royale bedlam. Posting on Twitter, @SexyNutella showed off a Mandalorian-inspired skin and Baby Yoda accompanying him in his pod stroller.

According to the OG post, the Epic Games Store launcher has leaked early. In the artwork, Djarin is flanked by a bandolier-wearing character (possibly as a nod to Chewbacca) and a cybernetic suit-wearing woman in hot pink. Just like we've seen Deadpool, Aquaman, and Wolverine in the past, it's highly likely the Mandalorian will be part of this season's Battle Pass.

Conveniently, these latest leaks come just after the announcement of the new Fortnite Crew Membership that will introduce a £9.99/$11.99 subscription service. There are promises of exclusive in-game skins that won't go to anyone other than Crew members, so it will be interesting to see where the Mando one fits.

Fortnite The Mandalorian skins: is there more Disney content on the way? 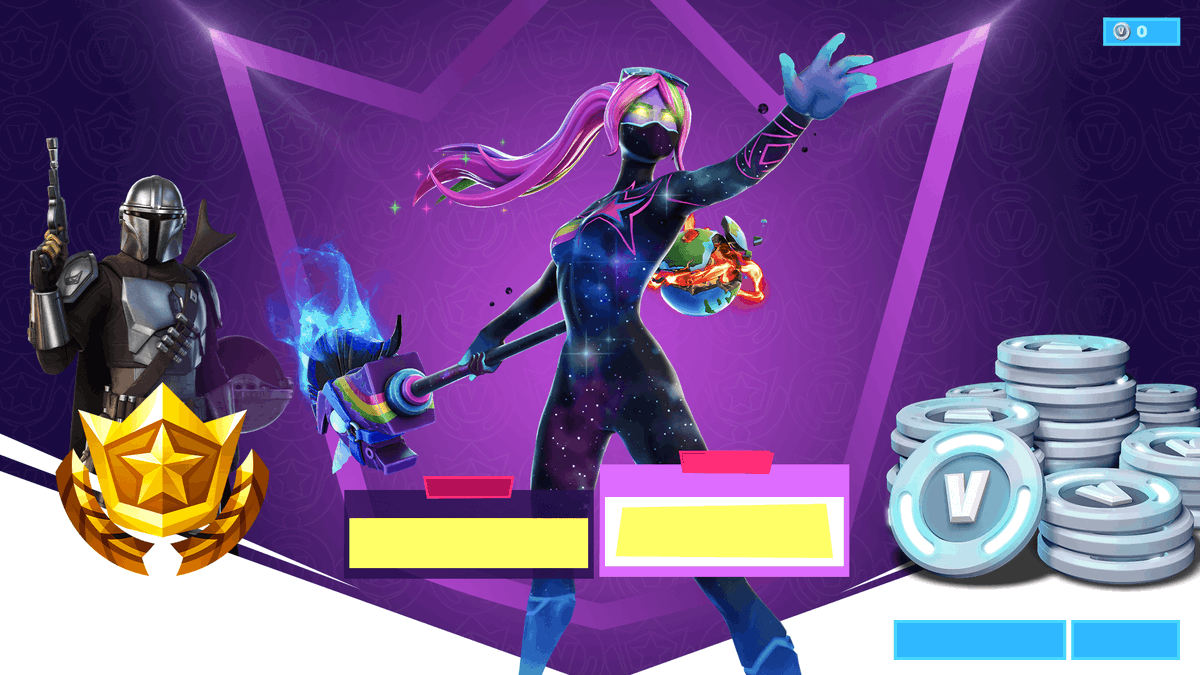 If the Mandalorian is coming to Fortnite, it further cements the blossoming relationship between Disney and Epic Games. We're still rounding off Chapter 2 Season 5, which has brought a galaxy of Marvel might to the battle royale game. Although Epic told its own story and used "classic"-looking Marvel characters from the comics instead of the movies, it's important to remember Disney owns the Marvel Cinematic Universe.

All in all, it doesn't sound like Fortnite's upcoming content will be a full-blown Star Wars season. Given the time of year, we're expecting a Christmas-themed story that will sprinkle the map with a dusting of snow. The general consensus is that players didn't want another fully themed season, and off the back of the Marvel smorgasbord, it would be a bit of an overload. Either way, the credits are rolling on Season 4 and everyone is looking ahead to what's coming in Season 5.