Having already began, the Chinese League has been paused following the Coronavirus.

The League of Legends Pro League made an official announcement on January 26 that both the LPL and its academy league, the League of Legends Development League, will go on hiatus until further notice due to the coronavirus outbreak that originated in Wuhan.

LPL
@lplenglish
We have decided to postpone week 2 of the LPL until we can ensure the safety and health of our players and fans.
To our fans, we sincerely apologize that it has come to this and we will share any and all info as soon as we can.
Stay Safe and thank you all for your support!
658
6267

As reported by LPL journalist Ran, both leagues were already on break to honor the Chinese New Year. It’s unknown whether or not professional games will eventually continue through online play.

According to an announcement from the Chinese Motor Sports Association’s website translated by Ran, all sports events before April are to be paused per the General Administration of Sport.

Ran
@ran_lpl
2. There was an announcement on Chinese motor sports association official website about them pausing an event originally scheduled between February 12th to 14th, in the announcement it mentioned General Administration of Sport has advised to pause all sports events before April. 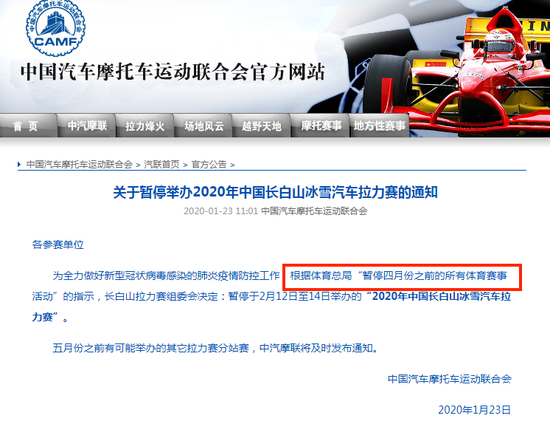 As of January 24, experts have acknowledged over 1000 confirmed cases, not counting those who have gone undiagnosed. On January 26, the confirmed death toll rose to 56 and five cases have been reported in the United States according to the New York Times’ live updates on the outbreak. A nationwide ban on wildlife trade in China has also been implemented.

The LPL 2020 Spring Split began on January 13 with a new schedule that included matches every day of the week. It’s one of the most popular sporting events in China, and averaged over 3 billion total hours watched during the 2019 Summer Split alone. The league clearly stated in their statement that the safety and health of all players, fans, and staff was the top priority in making the difficult decision.

The story will develop alongside China’s efforts to contain and control the virus. The League of Legends 2020 World Championship is set to be held in Shanghai this year, and the 2020 Mid-Season Invitational will occur in May. It’s uncertain how this will affect the LPL’s involvement in these events and the venue location for Worlds.