Call of Duty as an Xbox exclusive is a worrying prospect for players. As one of the biggest selling franchises year in and year out, shutting it off from other platforms is would severely impact not just the sales of the game itself, but the sales of other platforms such as PC but more specifically PlayStation. But will Call of Duty realistically become an Xbox exclusive? The fact of the matter is at this point we don't know. But there is a lot of information to look into that could sway your belief on the matter either way.

For one, you don't spend just shy of $70 billion dollars without expecting to gain from your purchase, and gain Microsoft certainly would. For years Xbox has struggled with console selling exclusives, and with big titles like Halo Infinite returning, and its acquisition of Bethesda that Xbox cliché is beginning to fade. Looking more specifically at the Bethesda acquisition the previously all-platform release of Starfield has been confirmed to now be Xbox and PC exclusive. Similarly, it looks like the enormously anticipated Elder Scrolls VI was confirmed to be an Xbox exclusive by head of Xbox Phil Spencer.

From this standpoint then, it seems likely that Call of Duty will become an Xbox exclusive. However, Spencer has claimed that the company does not intend to "pull communities away" from platforms like PlayStation, according to a Bloomberg report. And in all fairness, Minecraft has remained available across all platforms despite Microsoft's acquisition of its developer Mojang. And looking back on the Bethesda deal, Spencer claimed that the exclusivity of the developers titles would be reviewed on a "case-by-case" basis.

To answer the question everyone is asking: Phil Spencer tells @dinabass that Xbox plans to honor the PS5 exclusivity commitment for Deathloop and Ghostwire: Tokyo.

Future Bethesda games will be on Xbox, PC, and "other consoles on a case by case basis." https://t.co/Agyttr53LO

It seems likely that many of the properties acquired through this deal, such as Overwatch, are ripe for exclusive distribution, but Call of Duty feels in many ways too big. Despite its current broken state, Call of Duty Vanguard and Warzone remain in the top played and downloaded games on PlayStation, and removing future instalments from the platform would strongarm millions of players into sheeling out for a different console - a look that surely Microsoft don't want to don.

Will Call Of Duty Be On Game Pass? 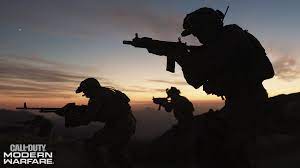 While exclusivity is one thing, Call of Duty arriving on Game Pass is something else entirely. It is all but confirmed that Call of Duty titles will arrive on the subscription service, past, present and future. With Xbox backwards compatibility support, players will be hoping to dig into some of their favourite entries in the franchise. And with the recent news of a Rainbow Six Extraction Game Pass launch arriving day one, whilst still remaining on other platforms, we can surmise that future Call of Duty games would at least follow this form of release.

Once the Bethesda acquisition had followed through, we saw titles like Doom, Dishonored and Prey join the service within a week. The Microsoft/Activision deal isn't expected to conclude until the summer of 2023, but upon that it is likely that we could see titles like Vanguard, Modern Warfare, and the 2022 Call of Duty joining the service, along with the multitude of previous installations.

In its official announcement, Phil Spencer confirmed this thinking with his statement:

While we will be some time away before official confirmation lands on our doorstep, it is hard to imagine that Call of Duty won't arrive on Game Pass. $70 billion is a lot to spend to not have a game on your service.

That's everything you need to know on whether Call of Duty will be an Xbox exclusive or arrive on Game Pass. If you are still reeling from the news like we are and would like to know more, delve deeper with our piece on what the acquisition means for Xbox.