There are both confirmed and unconfirmed titles for the PlayStation 5.

The PlayStation 5 launch event “The Future of Gaming” has been confirmed for June 11, after being postponed from the original June 4 date.

PlayStation
@PlayStation
See you Thursday, June 11 at 1:00pm Pacific time (9:00pm BST) for a look at the future of gaming on #PS5: 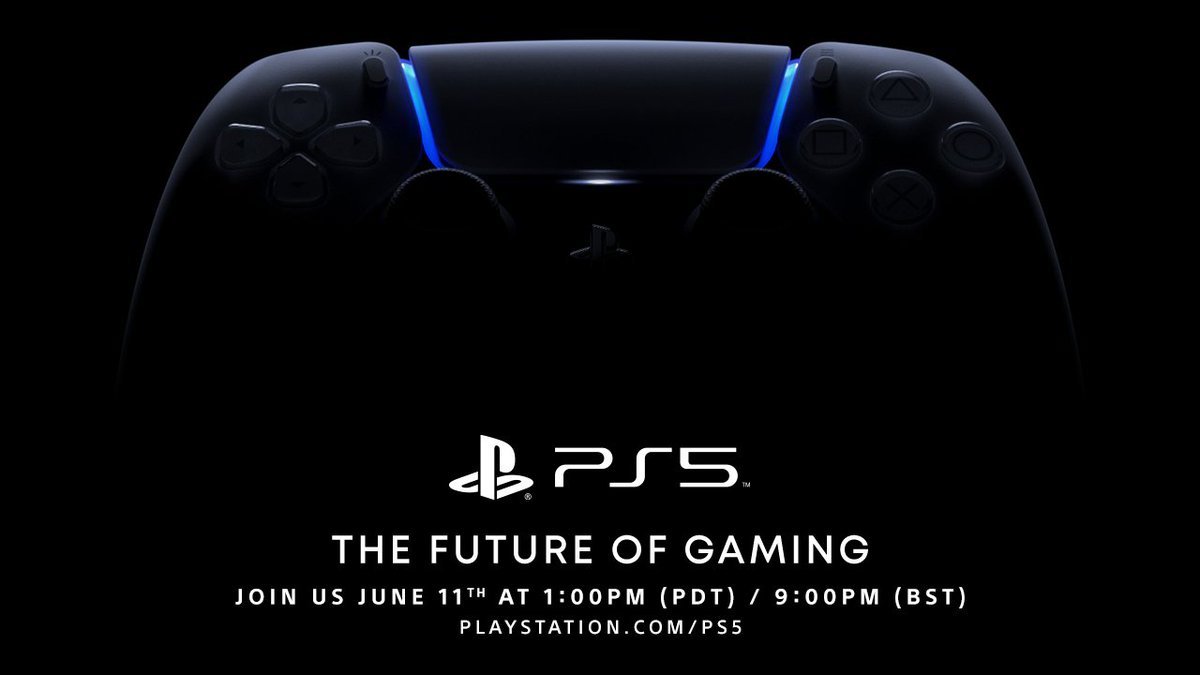 The June 11 date was leaked via Twitch ads and officially announced by PlayStation a few hours after.

At the initial announcement in May, a PlayStation blog by boss Jim Ryan introduced the event, saying:

What is a launch without games? That’s why I’m excited to share that we will soon give you a first look at the games you’ll be playing after PlayStation 5 launches this holiday.

Assuming plans haven't changed since the company initially detailed the show at the end of May, proceedings should last around an hour and will focus on "the games you'll be playing after PlayStation 5 launches this holiday".

The event will be a major showcase of the power of the PS5 and the gameplay and next-level graphics it can produce with (hopefully) some long demos. What may also be shown in the live event are upcoming PS5 next-gen games, and some of those very titles appear to have been leaked.

PS5 apparently has 38 confirmed games, but which of these they will announce and showcase in the event is yet to be seen.

There are both confirmed and unconfirmed titles for the PlayStation 5, so let’s break just some of the titles down.

Assassins Creed Valhalla was part of the Xbox Series X reveal and Ubisoft then announced the game would indeed come to PS5 (naturally). The Xbox presentation included gameplay from Valhalla. Although the pre-orders are currently only for PC, PS4 and Xbox One, the release date for the title is October 2020, meaning it would be ready even before the release of both next-generation consoles. As Valhalla had an Xbox presentation, it would make sense for Sony to also showcase the graphics and gameplay at “The Future of Gaming” event.

Fornite was confirmed for PS5 in May 2020 by Epic Games and will be playable at the launch of the console. Fortnite will also be migrated to Unreal Engine 5. Given the hype and media already surrounding the port, we could see some gameplay at the upcoming PS5 event for Fortnite.

Ubisoft confirmed to Windows Central that it's planning for RSS to be available on PS5 from launch day. What they did not mention, however, is the appearance of upcoming Tom Clancy franchise title: Rainbow Six Quarantine.

The trailer for Rainbow Six Quarantine was released in June 2019, and the official description of the game states:

The Rainbow Operators will face off against a totally new breed of mutated alien parasite infecting human hosts and their surroundings.

Check out the trailer below (watch for major Resident Evil vibes).

The game was first confirmed as in development at E3 2019, and Ubisoft CEO Yves Guillemot has confirmed it will be on next-gen consoles following a delay in production.

The much-hyped futuristic RPG by CD Projekt Red (The Witcher series) has had no PS5 confirmation thus far, and a showcase could be the perfect place to do so. The game releases September 2020 and will be available on Xbox Series X "from the get-go” according to Michal Nowakowski (VP).

A triple-A title is always needed to show off what a console can do at these types of events, and who better to do so than a titan of the gaming industry, Activision?

Taylor Kurosaki (Infinity Ward) has stated that they are planning to launch Warzone, the battle royale spin-off of Modern Warfare, on next-gen consoles. But what of the upcoming title?

While we don’t have any official details of what Call of Duty 2020 might be, developers Treyarch could be waiting for the PS5 event to launch the game and reveal the juicy details to the hungry fanbase.

In recent news, Call of Duty 2020 has been uploaded to the PlayStation Network under the name ‘The Red Door’. On PS4patches.com you can find the recent patches for games, and an unreleased game named ‘The Red Door’ has been found to actually be hiding Call of Duty 2020. Could this be another hint that COD 2020 will be part of the PS5 showcase on June 11?

Back in March 2020, GGRecon reported on the possibility of the 2014 playable Silent Hill teaser “P.T” being revived and made into a full game.

This was mainly due to rumours that Konami and PlayStation were once again working together, as well as Hideo Kojima himself dropping hints that he was working on a new horror game.

While it may be a little far-fetched to hope that Silent Hill could be revived in this showcase, it’s not beyond the realms of possibility. What better way to show off a consoles graphics capability than with a horror game?

The Resident Evil series has enjoyed non-stop success in the past decade alone, with the recent release of rebooted Resident Evil 3, so what’s to stop Capcom from biting the bullet, and making a new title for the series?

Twitter has been abuzz with rumours of RE8, with game developer ‘AestheticGamer” suggesting that Capcom’s recent reorganisation of their titles is a hint to a possible new release.

AestheticGamer aka Dusk Golem
@AestheticGamer1
(2/4) the series on all platforms that started at the original reveal event event, but also just today Capcom did the long-awaited request and organized the RE games, made them all the same capitalization, appear in numbered order. Almost like they want to organize them before a
18
137

What gameplay demos PlayStation choose to highlight is yet to be seen, but whichever titles they choose to showcase; the PS5 event is not to be missed.

Latest Gaming News
More
News
Ninja YouTube Live-Stream Signals Potential Signing
After Mixer's demise, Fortnite superstar streamer Ninja appeared to have no new platform to call [ ... ]
News
Nairo Let Go From NRG Esports
Nairoby 'Nairo' Quezada, a pro Super Smash Bros player has been dropped by NRG following sexual [ ... ]
News
Ubisoft Rumoured to be Releasing FPS Battle Royale 'Hyper Scape'
Updated 02/07/2020 Ubisoft is reportedly due to announce their new FPS Battle Royale title named 'Hyper [ ... ]
News
All the Most Exciting Summer Updates for Animal Crossing: New...
Get ready to soak up all the fun of Summer on your personal island paradise in the first Summer update [ ... ]
News
Everything You Need to Know About Pokémon Unite
Nintendo has announced its new 5v5 battle game – Pokémon Unite. Described as a “strategic [ ... ]
News
Streamers Urge Others to Join #TWITCHBLACKOUT Boycott
#TWITCHBLACKOUT is trending on Twitter, as streamers urge others to withhold from streaming and [ ... ]
News
Recap: PS5 'The Future of Gaming' Event: Game Demos & Console...
The PlayStation 5 event 'The Future of Gaming' on June 11 revealed new titles, new gameplay, [ ... ]
News
PlayStation 5 “The Future of Gaming” Event Date Leaked
The PlayStation 5 event was due to take place on June 4 but was postponed in an announcement from [ ... ]
News
Amazon Game Studios 'Crucible' Retires Two Game Modes Just Weeks...
Amazon Game Studios’ hero shooter, Crucible, launched on May 20, 2020, on Steam, but [ ... ]
News
Lamborghini Announces 'The Real Race' Tournament - And You Can...
Lamborghini is launching their first foray into esports with the virtual event 'The Real Race' [ ... ]
News
The Elder Scrolls Online is Coming to Stadia
Bethesda and Google have teamed up to bring The Elder Scrolls Online (TESOnline) to the Stadia gaming [ ... ]
News
Borderlands: The Handsome Collection Available for Free on the...
Borderlands: The Handsome Collection is available to download for free on the Epic Games Store. The [ ... ]
News
Kairos Esports & LG Electronics Team Up to Launch LG Gaming
In a recent tweet, LG announced that it now has a dedicated esports presence. LG Electronics UK recently [ ... ]
News
All of the Epic Games Free Weekly Games Coming Soon
The Epic Games Store is giving away one free game a week for the whole of 2020, no purchase necessary! [ ... ]
News
GTA VI Will Not Release This Year
In crushing news for Grand Theft Auto fans, who were expecting the next instalment this year, publishers [ ... ]
Esports Calendar
This website uses cookies
Cookies help us and our partners provide statistics. By browsing this website, you consent to the use of cookies in accordance with our Privacy Policy and Cookies Policy.
Accept & Close