Fans of 2020's Ghost of Tsushima have smashed a fundraising target to save a shrine on the real-life Tsushima Island in Japan.

Although 2020 represented a changing of the guard in the video game world as the PlayStation 4 bowed down and made way for the PlayStation 5, that didn't stop Sucker Punch Productions' Ghost of Tsushima being a major addition to the PS4. Doing what the long-running Assassin's Creed hasn't been able to (yet), the action took us to Feudal Japan and delivered a samurai-swinging adventure for the ages.

Ghost of Tsushima was almost universally praised and was particularly loved for its historical accuracy. However, some might not know the fictional lead of Jin Sakai came from a very real Tsushima Island. Sadly, Tsushima Island was hit by a devastating typhoon which caused the iconic Watatsumi Shrine to collapse. Located in central Tsushima, the Watatsumi Shrine honours the deities Hikohohodemino Mikoto and Toyotamabime.

Even though the shrine doesn't feature in Ghost of Tsushima, it has since become even more famous thanks to the popularity of the game. So, when a crowdfunding page was set up to restore the shrine to its former glory, it quickly smashed through its target.

How did Ghost of Tsushima fans save Tsushima Island?

Sho-saka|ðŸ¦ŠðŸ±|Sorting myself for 2021
@shosakauk
*Sees Watatsumi/Watazumi Shrine (aka inspiration for #GhostofTsushima's shrine torii gates) fund to repair their torii gates is over 27 million yen (around $270K/Â£192K) as it finished its crowdfunding campaign*
Link:
Me:
0
1

According to Siliconera, Yuichi Hirayama is a priest at the shrine - and launched a crowdfunding page in November - hoping to rebuild a Torii gate that collapsed. The effort came to a close on January 10 and soared past its 5,000,000 JPY goal by 540% to raise 27,000,000 JPY (£192,000/$260,000). More than 2,000 people contributed, with many of them being gaming fans. Discussing the amazing results, Hirayama wrote the following on the crowdfunding page: “We have received a great deal of support from the players of the Ghost of Tsushima game set in Tsushima, and I feel that it is God’s guidance".

Funding was done via Camp-Fire, which effectively the Japanese version of Kickstarter. At the moment, the Torii gate is badly damaged and half-submerged underwater after the typhoon hit the island in September. Hirayama's project reached its 5-million yen goal on December 1 and has continued to climb. Now that the crowdfunding has closed, reconstruction of the Torii gate is set to start in April 2021 and be completed by August. There's a planned stone monument for those who donated at least 10,000 yen that will be part of the restoration, however, it's important to note that the ongoing coronavirus pandemic could affect the schedule. 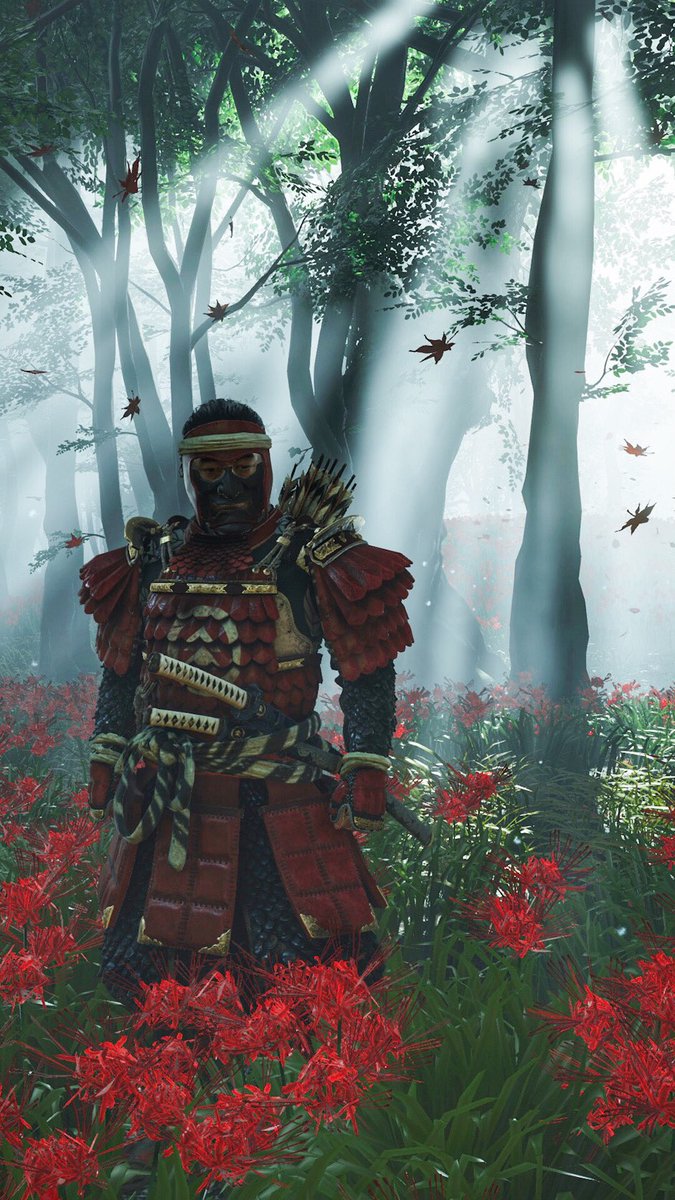 Looking back at Ghost of Tsushima, it crossed the 5-million sales mark in November last year and also has the honour of being the "fastest-selling first-party original PS4 game" of all time. Selling 2.4 million copies in just a matter of days, it beat the record that was previously set by Horizon Zero Dawn in 2017. Even if Sucker Punch's game isn't one of the console's best-selling games, it's left behind and impressive legacy.

Considering the PS4 boasted the likes of Marvel's Spider-Man, God of War, and The Last of Us Part II, Ghost of Tsushima is sitting pretty in the big leagues. There's already been plenty of speculation about how Sakai's story could continue. We can't see how there won't be a sequel to Ghost of Tsushima, and if there is, here's hoping the Watatsumi Shrine is a landmark you'll finally be able to visit in real-life and the virtual world.