paTiTek joins Mixwell on the team.

G2 Esports have announced their latest signing to their VALORANT team; paTiTek.

G2 have been building their impressive VALORANT roster over the past few weeks, signing Mixwell most recently as a player and captain.

Rumours are flying regarding future additions to this roster. Another former CS:GO pro, Ardiis, is still pegged to be joining G2, after recently being cleared of cheating allegations by Riot Games.

Patryk "Patitek" Fabrowski has already begun to make a name for himself in the VALORANT esports scene, after performing exceptionally well in the G2 Ignition Series Final on Team Draken.

G2 Esports
@G2esports
He carried @CarlosR to the G2 Ignition Series Final. He must be good!
Welcome @G2Patitek! 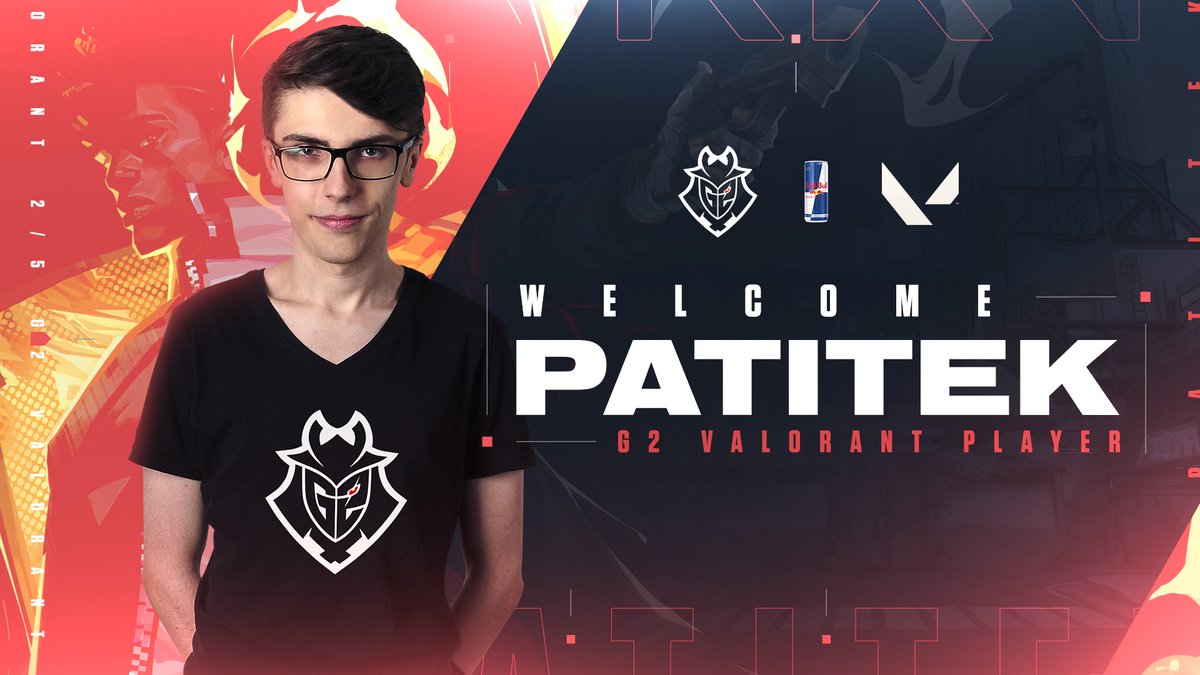 Polish-born Patryk started his esports career as a CS:GO pro player, most recently competing with Polish team Izako Boars. During his time in Counter-Strike, the highlight of his career was in the Good Game League in 2018 with X-Kom, upsetting many teams before taking home the $13,500 top prize.

Watch out for paTiTek's debut in the VALORANT competitive sphere, coming soon.