Call of Duty Franchise Accused Of Being 'Government Propaganda'

It's been a long-time speculation by fans of the Call of Duty franchise that the series 'bends the truths of history to fit its own storyline'. Miscellaneous and arcade-like additions to their multiplayer experiences are seemingly the most evident ways that the history books can be altered, such as adding a 2007-made trophy system into a 1950s post-World War 2 game like Vanguard. It ruins realism somewhat, but does make for a better game.

The franchise first appeared to re-write the history books back in titles like Black Ops 1, and after years of inspiration taken from historical moments seeping into the campaigns, an rumoured upcoming Iraqi-based Call of Duty title is now making people wince at what stories could be potentially adapted.

Now, the franchise and its developers are coming under even more fire, as documents obtained through the Freedom of Information Act, and reported on by MintPress News, have further accused Call of Duty of being propaganda for the US Military and some government officials that still have much sway in war politics.

The Modern Warfare 2 campaign's opening sequence sees the player operate as Ghost and Graves, who together identify an antagonist named "General Ghorbrani" and assassinate the leader with a huge drone strike.

However, since the game's release, it has been speculated on social media whether or not Ghorbrani's character was inspired by the late Iranian General Qassem Soleimani, who was killed in January 2020 by a U.S drone strike. Despite conspiracy theories running rife in the Call of Duty player community, it has not yet been addressed by Infinity Ward or Activision as to whether Modern Warfare 2's campaign plot was inspired by the assassination or is simply a work of total fiction. 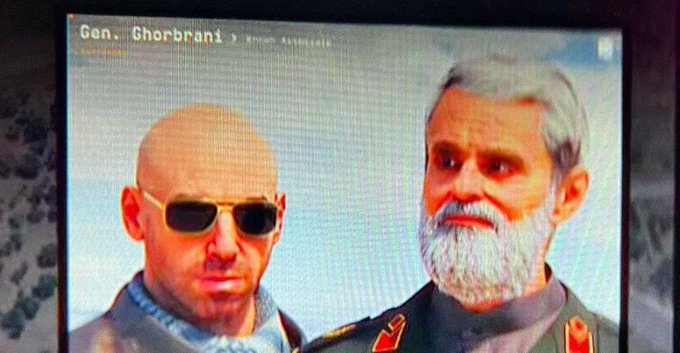 The assassination is played out in Modern Warfare 2 as a justified killing of a "terrorist-aiding" war General who is under the control of Russia.

It's not the only time that the Modern Warfare series has been inspired by real-life events to inspire campaign storylines. The 2019 title's campaign bore resemblance to the highly controversial 1991 attack known as the "Highway of Death" incident, where US forces took down a fleeing Iraqi convoy and were accused of killing civilians.

Even back in Black Ops 1, Mason and Frank Woods assassinate Fidel Castro in bed with a mistress, despite the US military never killing the Cuban revolutionist in over 600 alleged attempts. He later lived until 90 and passed away from natural causes.

According to the MintPress report, Activision and Infinity Ward's respective boards are full of government officials and veteran war politicians. Activision Blizzard’s Senior Counsel and ex-Vice President for Corporate Affairs, Frances Townsend, is former National Security and most notably served on President Bush's Intelligence Advisory Board as "the White House’s most Senior Advisor on Terrorism and Homeland Security".

As stated in the Mint Press report, Townsend is also a Director for a NATO offshoot named "Atlantic Council" alongside Infinity Ward co-founder Chance Glasco and Call of Duty Game Designer Dave Anthony.

With both titles amassing over 50 million game purchases thus far, the franchise's influence is undoubtedly widespread, so the concern following these allegations is understandable. Whether the report turns out to have merit, however, is yet to be seen.