InnerSloth's Among Us is an outer space murder mystery, but just who (or what) are the Crewmates?

It turns out there's more than just a murder mystery to the mysteries of InnerSloth's Among Us, with the social deduction game continuing to dominate our lives and become a gaming obsession that is everywhere right now.

As streamers like Tyler "Ninja" Blevins and Félix "xQc" Lengyel can't get enough of Among Us, there still a niggling question that fans demand to know the answer to. The premise of Among Us seems relatively simple when players are tasked with masquerading as either Crewmates or Imposters. The innocent Crewmates have to keep the ship running, while Imposters sabotage the systems and off the Crewmates before they're exposed.

The ship is populated by pint-sized Crewmates that come in a whole rainbow of colours. We all have our favourite, and whether it's playing as Red, Blue, Green, Cyan, or any of the rest, they're all effectively the same in a different shade.

Still, there's a growing playerbase asking, just what are those Crewmates. Are they astronauts, humans, or something altogether more sinister?

Are Among us characters astronauts?

Nathan Peterson
@ItsGokaiOrange
So here's a fun fact I learned today while working at Spirit Halloween. Thanks to the sudden rise in popularity of Among Us, OUR ENTIRE STOCK OF ASTRONAUT HELMETS IS GONE. Like, you can't even get them online.
0
10

chilean empanada ðŸ‡¨ðŸ‡±
@whereyoukat
The among us characters are astronauts and that's why they look like that....
0
4
Advertisement

The most prominent theory is the Among Us Crewmates are exactly what they say on the tin - a doomed crop of astronauts that find themselves trapped in the cold abyss of space. How they got there is anyone's guess, but looking a little closer at the game's story (yes, it has one) and there's a surprising amount of lore to be unearthed.

We don't really know why, but when it comes to Cyan, the Crewmate has more of a story than the rest. Looking closely at Among Us, there's a photograph in your wallet when scanning your ID to enter the admin rooms. The heartwarming shot shows a junior version of Cyan alongside a larger version of Orange and Green.

The implication here is that Cyan could be the child of the pair; however, that doesn't explain why every Crewmate's wallet has the exact same photograph. It seems a little strange to have a picture of someone else's family in your wallet. One take is that all of the crew are related to each other, and it's a colony expedition to a far-off planet.

Another piece of potential canon centres on Red. As well as being used in the promotional material and reminding you to keep your wits about you as a match starts, Red is also the one you follow in the Imposter tutorial. This has led some to think Red is the ultimate villain and the "true" Imposter.

This opens up a whole can of worms on what drove the Imposter(s) to commit murder in this slaughter-fest spaceship.

Are Among Us characters human? 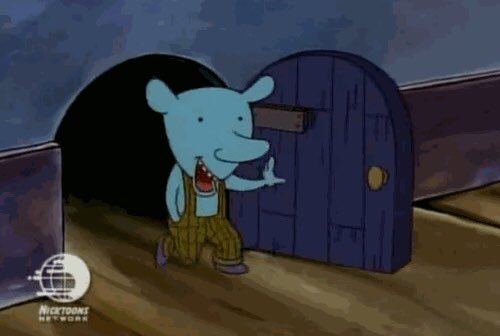 spooky sarah Î¨ð“†ˆ
@sarasapens
the red crewmate from among us as a human (in my art style) !!
#amongus #amongusart 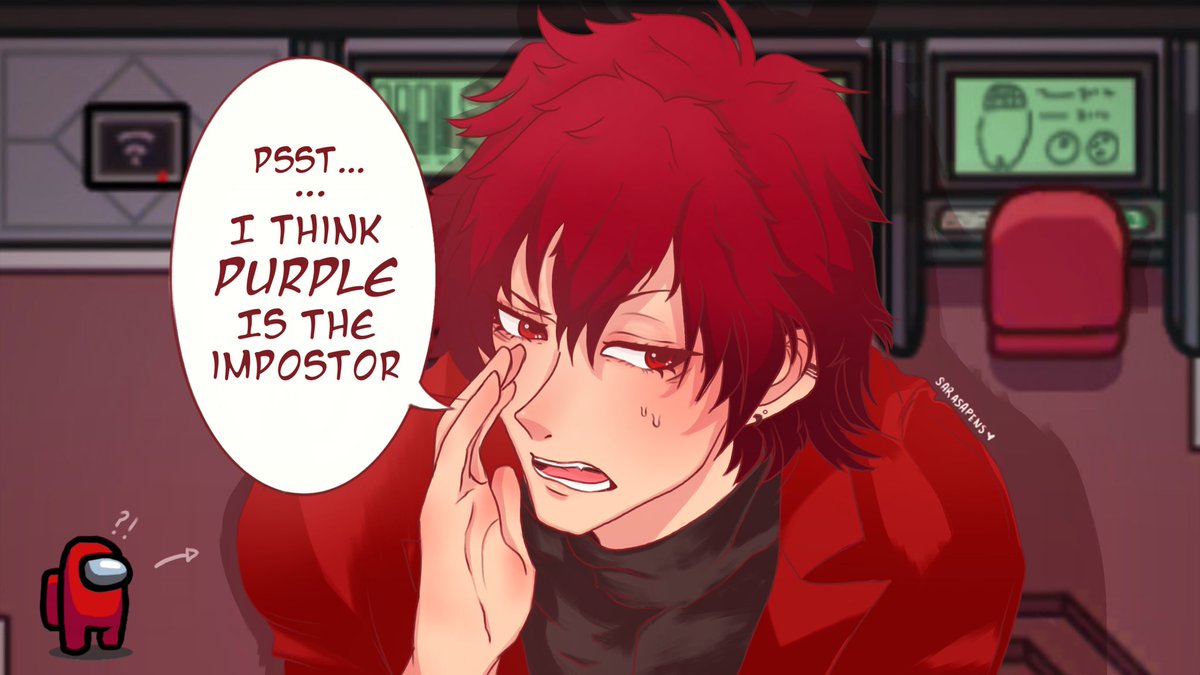 On the surface of it, Among Us Crewmates act like exactly like us homo sapiens do - even capturing our sometimes murderous intentions. From the way they interact with each other, to the menial tasks they have to complete, most people think it's a fleshy version of a human being behind the visor.

The MedBay Scan also gives a few well-hidden clues. The scanner shows that every colour has a unique ID number; however, their blood type is randomised each time they step inside. Finally, all of the Crewmates (and Imposters) weigh just under 7st and are 3'6" tall. Are they actually obese children who've been abandoned in space and left to grow large on a stock of canned goods?

The Among Us wiki describes Crewmates as "short, humanoid beings wearing a spacesuit". This stops just short of actually declaring they're humans, but also goes on to remind us, "They lack arms and have short legs, and their spacesuit doesn’t reveal what’s underneath". Without arms, just how do they complete tasks then?  In darker circles, there are those that think there's an altogether more sinister presence is under the suit.

Are Among Us Characters aliens?

This leads us into the wild and wacky headcanon that some murderous species from the depths of space are actually lurking in that floating tin can. Imposters are shown to have long tongues and razor-sharp teeth, proving that at least they aren't like you and I. You don't get to see what Crewmates look like, under there, but either way, there's no escaping the fact Imposters are horrifying monstrosities.

Obviously, it could be a mix of both where the standard Crewmates are innocent humans, and the Imposters are shapeshifting creatures hell-bent on populating Earth. For anyone who's ever seen The Thing or Futurama's "Murder on the Planet Express", they'll know the vibe we're going for here. In fact, the fan-favourite Season 7 episode of Matt Groening's sci-fi animation featured the crew of the ship being picked off one by one by a slithering alien that stalked them through the vents.

Unfortunately, it seems we're left guessing for now. The three-man team at InnerSloth has decided to scrap the idea of Among Us 2 in favour of refocussing their efforts on the first game. The official Among Us site also doesn't offer any clues on what Crewmates really are, so for the time being, it's back to trawling the internet for fan fiction about who (or what) they are up there in the stars. At the end of the day, does it really affect the way you play?