The Online tournament features a massive prize pool of $550,000

WePlay! and EPICENTER have announced the OMEGA League for DOTA 2, an online league celebrating top-tier Dota.

Due to the global pandemic crisis, DOTA 2 fans were left with no Summer event to look forward to - until now. The leading European teams, Epic Esports Events (EPICENTER) and WePlay! Esports are going to build something special for the fans, and provide the top level of competition, production and content.

The Online tournament features a massive prize pool of $550,000 and will run from July 20th, 2020 (the beginning of the Open Qualifiers) until September 6th and will include multiple competitive regions and divisions.

Omega Dota 2 League
@OmegaDotaLeague
We are proud to announce the OMEGA League. Built in cooperation with the leading European teams, @epicentergg and @WePlayEsport, this $550 000 online league will be a true celebration of top-tier Dota.
Learn more:
#OmegaDota 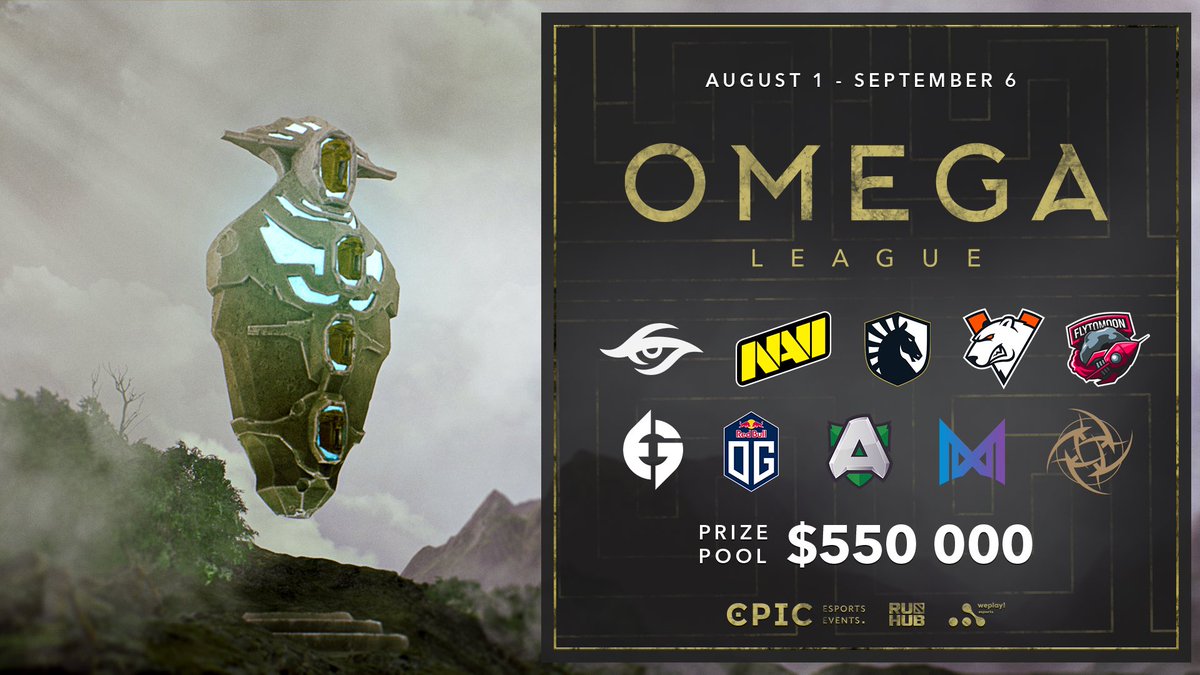 OMEGA League is a unique product. We are extremely thankful to the teams and our partners at WePlay! for working together on the vision of what an Online event can and should be.

Participants include Alliance, Ninjas in Pyjamas and Team Liquid.

Check out all the details on the OMEGA League, including format, schedule and prize pools right here.