The futuristic BR could be in closed beta next week.

Ubisoft is reportedly due to announce their new FPS Battle Royale title named 'Hyper Scape' very soon. Hyper Scape would join the BR market alongside giants such as Apex Legends, Fortnite and Warzone, and would need to arrive with a fresh new perspective on the genre to have any chance of breaking through.

Ubisoft is a behemoth of a gaming company, boasting titles such as the Tom Clancy series, Rayman, Far Cry and Prince of Persia to name but a few.

Esports insider Rod “Slasher” Breslau tweeted out an image, along with the info that the games company would be teasing their new 'Hyper Scape' game today (June 29) codenamed 'Prisma Dimensions'. The sci-fi shooter features 100 players in squads of three, fighting it out on a map called Neo-Arcadia.

Slasher also provided a gameplay screenshot (or possible future press kit image) where we get our first glimpse at the characters, landscape, and guns.

The info goes on to state that Hyper Scape is a free-to-play title, set in a futuristic virtual world, and will be released on PC first, and will come later in the year to PS4 and Xbox One, along with crossplay.

Slasher cites that the Closed Beta for Ubisoft's Hyper Scape will begin next week, and full launch will be as early as July 12.

We can expect gameplay footage sooner than that, however, as hundreds of content creators are reportedly being invited to play the game ahead of time and get a first look at what Hyper Scape has to offer the BR world.

Rod "4475 SR & Immortal peak" Breslau
@Slasher
much like the launches of Valorant and Apex Legends, Ubisoft has invited hundreds of streamers, pro gamers, and youtubers to get a first look at the game. they (and likely games press too) will be releasing the first gameplay footage under embargo later this week
13
424

Slasher also reports that Hyper Scape and Twitch are entering into a full partnership, allowing levels of integration never before seen.

Rod "4475 SR & Immortal peak" Breslau
@Slasher
Sources: Hyper Scape is being built with streamers in mind in a full partnership with Twitch with never seen levels of integration from a big game before. Twitch chat will among other things be able to directly impact the game live with game-changing events 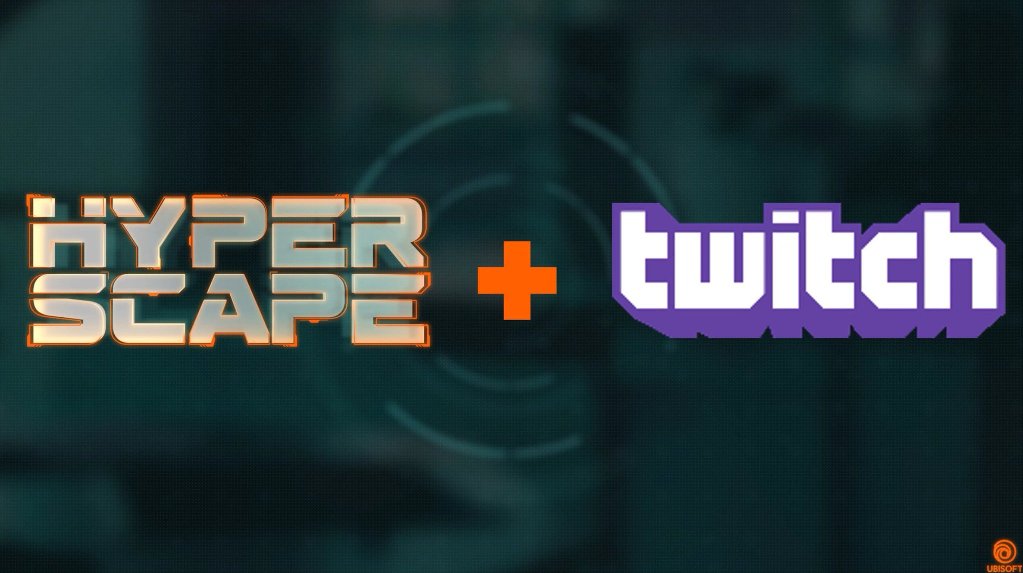 Ubisoft Forward, Ubisoft's next presentation, takes place on July 12, where the full reveal of Hyper Scape is rumoured to be taking place.

Hyper Scape is being officially revealed on Twitch via several streamers on July 2, including Dr Lupo, where viewers can pick up Twitch Drops.

Prospective players can get their first look at Hyper Scape via a handful of Twitch streamers playing the test version of the Ubisoft FPS Battle Royale title.

These Twitch Drops will be awarded between July 2 and July 7 for access to the Hyper Scape technical test.

To make sure your account is set up to receive Twitch Drops, please register on the website, link your accounts and watch any Hyper Scape stream marked as "Drops Enabled.

Latest Gaming News
More
News
Ninja YouTube Live-Stream Signals Potential Signing
After Mixer's demise, Fortnite superstar streamer Ninja appeared to have no new platform to call [ ... ]
News
Nairo Let Go From NRG Esports
Nairoby 'Nairo' Quezada, a pro Super Smash Bros player has been dropped by NRG following sexual [ ... ]
News
All the Most Exciting Summer Updates for Animal Crossing: New...
Get ready to soak up all the fun of Summer on your personal island paradise in the first Summer update [ ... ]
News
Everything You Need to Know About Pokémon Unite
Nintendo has announced its new 5v5 battle game – Pokémon Unite. Described as a “strategic [ ... ]
News
Streamers Urge Others to Join #TWITCHBLACKOUT Boycott
#TWITCHBLACKOUT is trending on Twitter, as streamers urge others to withhold from streaming and [ ... ]
News
Recap: PS5 'The Future of Gaming' Event: Game Demos & Console...
The PlayStation 5 event 'The Future of Gaming' on June 11 revealed new titles, new gameplay, [ ... ]
News
What Games Can We Expect to See at the PS5 Event?
The PlayStation 5 launch event “The Future of Gaming” has been confirmed for June 11, after [ ... ]
News
PlayStation 5 “The Future of Gaming” Event Date Leaked
The PlayStation 5 event was due to take place on June 4 but was postponed in an announcement from [ ... ]
News
Amazon Game Studios 'Crucible' Retires Two Game Modes Just Weeks...
Amazon Game Studios’ hero shooter, Crucible, launched on May 20, 2020, on Steam, but [ ... ]
News
Lamborghini Announces 'The Real Race' Tournament - And You Can...
Lamborghini is launching their first foray into esports with the virtual event 'The Real Race' [ ... ]
News
The Elder Scrolls Online is Coming to Stadia
Bethesda and Google have teamed up to bring The Elder Scrolls Online (TESOnline) to the Stadia gaming [ ... ]
News
Borderlands: The Handsome Collection Available for Free on the...
Borderlands: The Handsome Collection is available to download for free on the Epic Games Store. The [ ... ]
News
Kairos Esports & LG Electronics Team Up to Launch LG Gaming
In a recent tweet, LG announced that it now has a dedicated esports presence. LG Electronics UK recently [ ... ]
News
All of the Epic Games Free Weekly Games Coming Soon
The Epic Games Store is giving away one free game a week for the whole of 2020, no purchase necessary! [ ... ]
News
GTA VI Will Not Release This Year
In crushing news for Grand Theft Auto fans, who were expecting the next instalment this year, publishers [ ... ]
Esports Calendar
This website uses cookies
Cookies help us and our partners provide statistics. By browsing this website, you consent to the use of cookies in accordance with our Privacy Policy and Cookies Policy.
Accept & Close