This gaming icon rose to success, despite the challenges that laid before him

In January of 2010, SypherPK, the famous Twitch icon, began his journey into the YouTube world. He started out making Runescape tutorials and walkthroughs, which garnered him a sizable fanbase of 50,000 subscribers. In 2013, the streamer started playing The Elder Scrolls Online and Elder Scrolls V: Skyrim, where his informative play-throughs started getting him attention. Around this time, SypherPK started to grow slowly on Twitch, amassing a humble community of subscribers, and receiving a lot of donations from fans. As his Twitch community grew, he began adding new games to his schedule, including Overwatch and For Honor in 2016.

With SypherPK's views and subscribers climbing, Twitch decided to make him a partner. This and his presence in tournaments helped the streamer climb to 75,000 Twitch followers. But SypherPK was only expanding his online presence as he picked up more games and participated in more tournaments.

In 2017, SypherPK's willingness to try new games paid off when Fortnite was launched. The game was an immediate success, and since SypherPK had started playing early in the game's life cycle, he was able to get good quickly. For months, he focused on mastering the game and training himself to be the best, which led to massive success on both his Twitch and YouTube channels. SypherPK quickly became known as one of the top Fortnite PC players, which caught the attention of other popular streamers.

NICKMERCS began taking interest in SypherPK's streams, which led SypherPK to ask him to duo in Fortnite Friday 2017. This formed an extremely formidable duo, whose primary play strategy centred around deception and elimination.

The duo between NickMercs and SypherPK lasted professionally until 2018 when SypherPK signed a deal with Luminosity Gaming, who he is still active with today. Since his contract with Luminosity Gaming, SypherPK has participated in countless tournaments and partnered up with many high-profile streamers and influencers, including High Distortion, Myth, and Ninja. From time to time, SypherPK still competes alongside his friend NickMercs.

SypherPK has even made educational Fortnite videos for Epic Games, which brings the streamer full-circle in terms of his career. He started out making educational Runescape and Skyrim videos, and he now stands as one of Fortnite's top streamers, so much so that Epic Games has commissioned him to do the same thing he started out doing. His videos include gameplay tips and strategies and are extremely popular amongst Fortnite fans.

Things were not always so bright for SypherPK, however, as recently, the streamer admitted to quitting university to pursue his gaming career full time. School was taking too much time away from his growing Twitch audience and there came a point in his university career that SypherPK began to notice that. He was gaining more subscribers on Twitch, earning about $1,000 a month and only growing from there.

In a YouTube video detailing his career as a streamer, SypherPK admits that his parents accused him of skipping classes. He denied these claims, but, unbeknownst to them, he had dropped his full-time student course load and was strictly focusing on streaming. For a long time, SypherPK had his parents under the impression that he was attending university. Eventually, this became too much for SypherPK to hide, but he was still not ready to admit to his parents that he had willingly dropped out of school. This led him to fake a rejection letter from the university so that his parents would not question his career choice.

SypherPK warns his fans, particularly his younger ones, not to make the same career choice as him and to stay in school. He details that believing in yourself is a great thing when it comes to streaming, but it is not enough to pay the bills, as the market is saturated with millions of other streamers. Most of these small streamers upload frequently but with low engagement or interest from audience members.

It is for this reason that SypherPK does not believe dropping out is a wise decision for most, as there are too many variable factors in breaking into the streaming scene. Additionally, SypherPK believes that education is extremely important, especially for young people. He states that he only did what he did because he wanted to drop out anyway and his fast audience growth only acted as a catalyst to his departure from school.

SypherPK
@SypherPK
Bro that 1M just hits different, think I grew a few inches taller when I hit it. 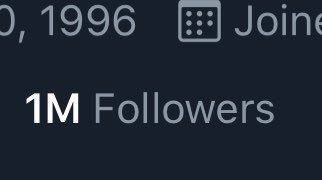 SypherPK's choice to depart from university has been paying off, as his popularity has only grown over the years due to his increased participation in the streaming scene. From setting ridiculous Fortnite records, such as stacking 67 workbenches atop one another during a match, to cameoing with other popular streamers and friends, SypherPK's career is only going up.

Recently, Zaxby's, a restaurant known for their seasoned chicken fingers and signature sauce, sponsored SypherPK. This sponsorship gives fans the chance to win Zaxby's gift cards during live streams and even gives fans more chances to play against SypherPK in matches. SypherPK's stream announcing this sponsorship was viewed worldwide for over 100,000 hours. Additionally, the first Zaxby's-sponsored stream on July 2 garnered over 300,000 viewers. 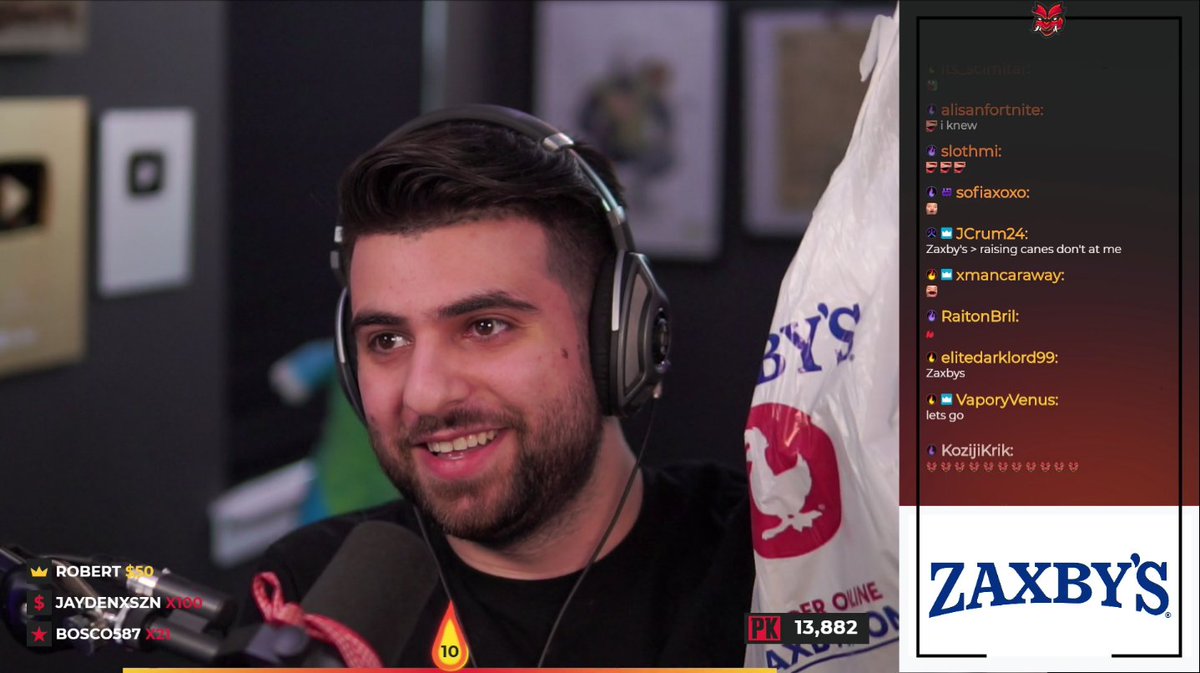 The Zaxby's sponsorship has opened the door for other companies and platforms to look at SypherPK a little bit more closely. With over 11 million subscribers across various platforms, SypherPK is only growing in popularity. His Twitter has amassed 1 million subscribers, his YouTube at 4 million, and his Twitch at 3.5 million. These three social medias are only his most prominent and account for over half of his total subscribers across all platforms.

Despite starting out as a small-time YouTuber with just over 50,000 subscribers back in 2013, SypherPK has quickly made a name for himself in the streaming world, a name that won't be forgotten quickly. As one of the pioneers of Fortnite, SypherPK is a highly-adaptable streamer with a penchant for sharing what he loves with others, whether it be through a live stream or a walkthrough video. His charisma and adaptability have helped him climb high in the Fortnite world, and with time, he might climb even higher.