For our first Smash wrap-up of the year, we recap Let’s Make Big Moves—and discuss the questionable return of a disgraced Ultimate pro.

Welcome to the fourth edition of GGRecon’s weekly Super Smash Bros. breakdown! Tune in every Friday for a quick-and-dirty recap of all the news worth knowing in the competitive Smash scene.

Big Moves were made

The hero of the tournament was Nairoby “Nairo” Quezada, who lost a five-game winner’s quarter-finals set to Samuel “Dabuz” Buzby before running it all the way back through the loser’s bracket, securing a first-place finish by scoring two victories over Dabuz in grand finals. Throughout the weekend, Dabuz and Nairo—both hometown heroes for the New York/New Jersey scene—enjoyed the enthusiastic support of the crowd, and the eight-game grand final was a victorious moment for the tri-state area as a whole.

NRG Nairo
@NairoMK
LETS GOOOO!!!
Won Let's Make Big Moves! Came back from the losers bracket and got my run back against Dabuz!
Thanks for the love y'all! #NRGFam 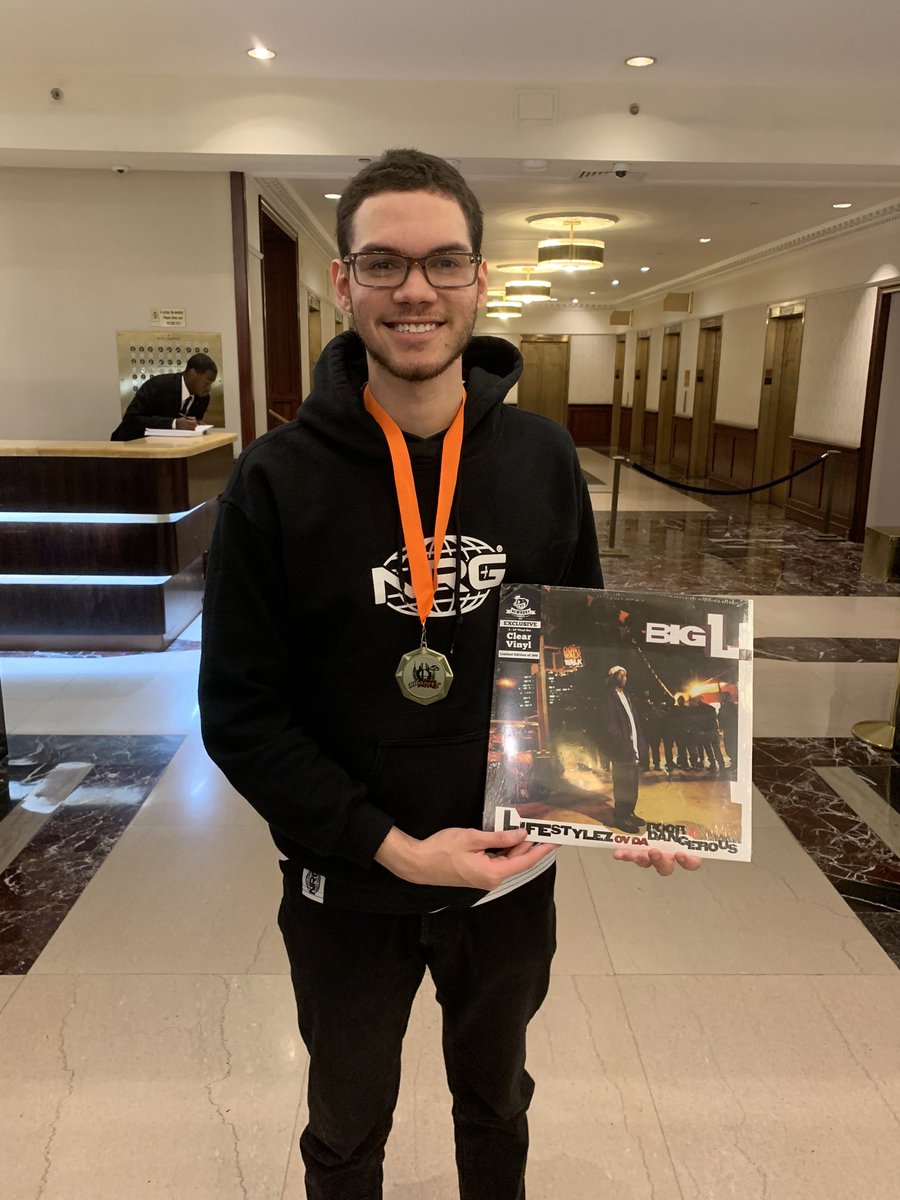 The next-highest-placing region at Let’s Make Big Moves was Japan, with Takuto “Kameme” Ono and Takuma “Tea” Hirooka respectively making it to third and fourth place at the event. Tea stunned the audience with his creative Pac-Man play, though he was stymied when he ran up against Dabuz’s Rosalina—perhaps the most disadvantageous matchup for Pac-Man in Smash Ultimate.

Arguably the biggest underdog run of the event was Jestise “MVD” Negron’s run to fifth place. After complaining about his relatively low seed going into the event, MVD went on a tear, beating Gavin “Tweek” Dempsey and reverse 3–0ing Rasheen “Dark Wizzy” Rose—all with his mother cheering him on from the stands.

Former top Smash Ultimate pro Elliot “Ally” Carroza-Oyarce retired in disgrace last year after reports emerged that he had been involved in a romantic relationship with a 17-year-old fellow competitor—a player eleven years younger than the 28-year-old Ally. Following the revelations, Ally publicly admitted to the relationship and stated that he was out of the game for good.

Since then, however, Ally has given some indications that he someday intends to return to competitive play, notably deleting his public admission from his Twitter account. This week, the plot thickened further, with Ally seemingly returning to Twitter to make a number of cryptic statements about the controversy.

REDACTED
@AllyUltimate
@TimWenig @BladesScarlett @MightyKeef @siqqest Dont believe that idiot. Has been spreading false info for months and believing an abuser. We'll get into that pretty soon with all the proof n court transcript. Enjoy your lies until then!
1
37

It isn’t entirely clear whether the individual behind these tweets was Ally or not, as both his account and the account of his victim have been hacked in the months following the controversy. But the opinion of most of the scene was immediate and clear: just stay away, dude.

Nintendo is still wary about funding the competitive scene

“So that our games can be widely enjoyed by anyone regardless of experience, gender, or age, we want to be able to participate in a wide range of different events,” Furukawa said, per Kotaku’s translation. “Our strength, what differentiates us from other companies, is this different worldview, not an amount of prize money.”

This is disappointing news for Smash fans, who know that the game has massive potential to blow up as an esport with the injection of just a little more funding into the competitive scene. But with the Smash Ultimate online tournament system paying recent tribute to Super Smash Bros. Melee, it’s clear that Nintendo is paying some attention to the competitive scene, and perhaps the company’s opinion will eventually change.

Over the holidays and through the new year, there were quite a few roster changes in the world of professional Smash.

Syndicate Esports
@SyndicateGG_
Here it comes!
Introducing the new member of our EU Super Smash Bros Ultimate team!
Please give a warm welcome to one of the top players in the Netherlands: Bejay @BaseBeJay
Give him a follow if you haven't yet.
Design by @SaiEvermore
#GetSyndicated #SmashBrosUltimate 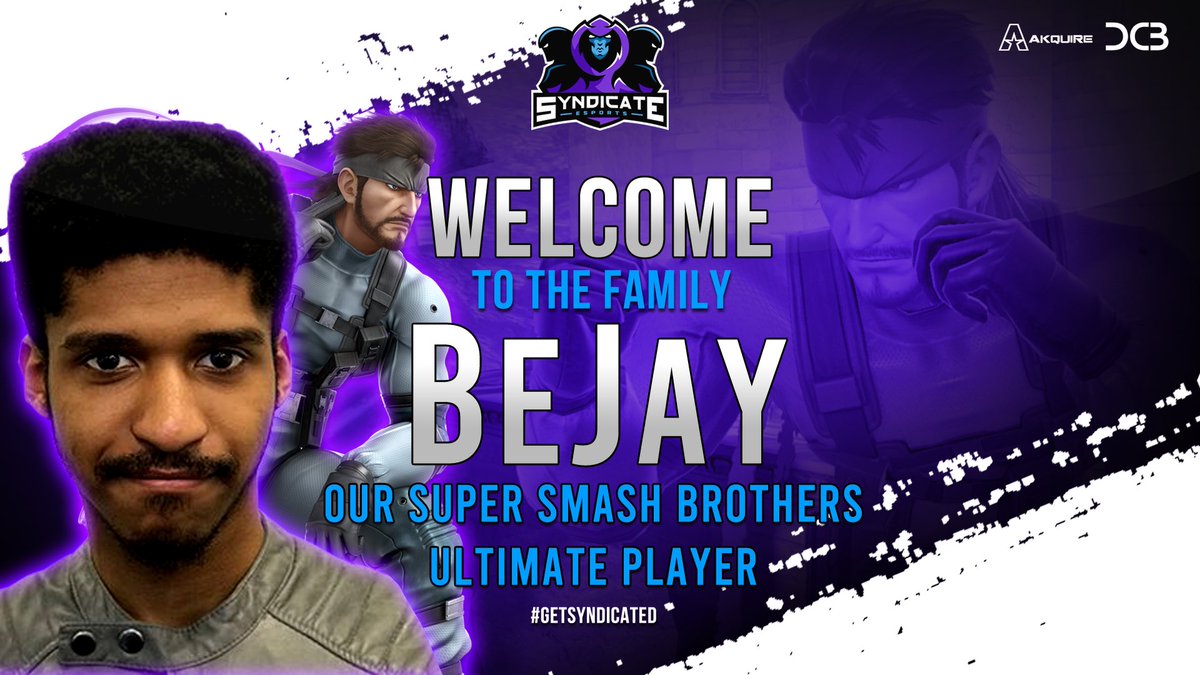 On the Melee side, the only notable roster change over the holidays was Nico “Ryobeat” Rodriguez’s exit from Makeshift; the New York Peach main is now a free agent.

Kevon Scott
@KevonKJ
Recovery option on Yoshi's that I've only ever seen Over use. Kinda risky, but pretty good! Happy I finally got a clip of it working in tournament.
28
429