Both the PS5 and Xbox Series X are expected to launch this November, with pre-orders coming soon. However, many gamers seem extremely divided over which console to choose. This boils down to more than just the price differences between the two, extending to what offerings are available upon launch as well.

Many gamers want a chance to explore this generation's newest exclusives titles, while also being able to discover older classics. Backwards compatibility is more in-demand nowadays than it ever was, as more gamers desire an all-inclusive console that plays all of their favourites- and then some. Many cite storage as a major reason for this desire, while others enjoy the convenience a one-size-fits-all console would provide.

Whatever reasons gamers have for desiring backwards compatibility might vary, but what remains constant is the demand for such a feature. Backwards compatibility has been the hottest topic (besides price point) in the console wars of 2020, making it a talking point that both Microsoft and Sony executives have honed in on.

Xbox recently added to this claim, stating that the backwards compatibility will extend to Xbox 360 and original Xbox titles as well. Jason Ronald updated an Xbox news post on September 14, explaining to the gaming public how this would be possible. He states that "Xbox Series X delivers a new, innovative HDR reconstruction technique which enables the platform to automatically add HDR support to games." This means that old titles will be able to run seamlessly on the new console, allowing users to "pick up where they left off" years ago.

Sony, on the other hand, have handled the situation almost opposite of Microsoft, keeping the number of backwards compatible titles largely unknown to consumers. At first, the company started out by stating that "hundreds" of PS4 titles would be playable on the PS5. Now that figure is in the "thousands" according to Sony Entertainment president and CEO Jim Riyah. He stated that a figure of "99%" of the vast library of PS4 games would work on the PS5.

Despite the true number of PS4 titles available on launch being uncertain to gamers, one thing is absolutely clear- the PS5 will not be backwards compatible with PS1, PS2, or PS3 games. Unless the PS1, PS2, or PS3 game in question has a PS4 port or re-release, it will be unplayable by a new generation of gamers.

Jim Ryan also added that the PS4's lifespan would continue for another "three or four years," giving players time to transition to the new system. This, along with Sony's unwillingness to bring older games to the new console, has generated a lot of controversy amongst the gaming community. Many preservationists and old school gamers feel that Sony is deeming their games obsolete, forcing them to adapt or be left in the dust.

Sony has tried to quell over these emotions by offering a PS Plus exclusive set of games, dubbed the Plus Collection. This gives subscribers with a PS5 access to the "generation-defining" games of the PS4, such as Bloodborne, God of War, Persona 5, Final Fantasy XV, and more.

Fans appreciated this generous bundle of games, however, the debate over backwards compatibility still stands.

Ninja Dog
@Shadowmoses086
@Xbox After Playstation's announcement about backward compatibility...it REALLY has me thinking about changing over to Xbox as my main. Why be loyal to a brand that does nothing to preserve its own legacy?
Xbox is doing more for game preservation than any other company out there.
176
3140

Many are left hoping that Sony will take the Xbox One approach to the matter, not releasing the PS5 as a backwards-compatible machine, but adding it in as a software update later down the line. It is funny to think that Microsoft, a company which seemed to stand against backwards compatibility when the Xbox One came out years ago, has won the public's favour by promoting this feature in its newest console.

Ronald Robinson
@Azationie
@jeffrubenstein My thoughts
Sony keep shooting themselves today
No PS1 PS2 PS3 backwards play
Xbox comes back OG Xbox, 360 and 1 compatible
Oh and free graphic upgrades
Sony next Gen games $70 even 1st party
Xbox " get games pass and we'll hook you up"
At this point PlayStation why?
1
7

Whether or not Sony decides to implement backwards compatibility later down the line is a mystery to the gaming public. One thing is certain, however, many are choosing their favourite console as pre-order dates approach. A quick look at Twitter proves this- many are up in arms about whether they are picking the PS5 or XBox Series X this holiday season. 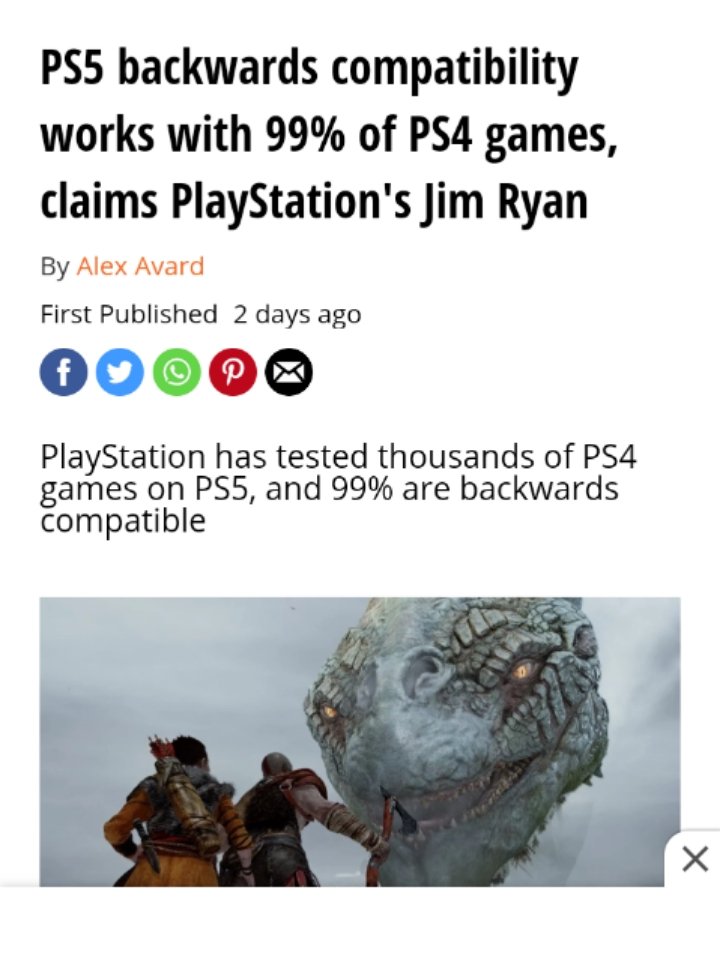 As time goes on, gamers will see if both Microsoft and Sony's claims hold any water. Launch day will prove just how backwards compatible both systems truly are. Until then, fans will wait in anticipation for the conclusion of this year's console wars.