ONE XPLAYER Gives You AAA PC-Steam Games On The Go

For those who are serious about taking their gaming experience on the go, the ONE XPLAYER is here to do just that - offering you the best of Steam's AAA titles in portable form. While Nintendo once cornered the handheld market with the Game Boy, portable gaming has had a resurgence in recent years. Swapping the punch of home consoles for a pint-sized version that still does the job in a smaller package, handheld gaming is big business.

From the release of the Nintendo Switch in 2017 to mobile gaming on Apple and Android, developers are finally starting to take portable potential seriously. Joining the fold in 2021 is the ONE XPLAYER from One-Netbook

What is the ONE XPLAYER? 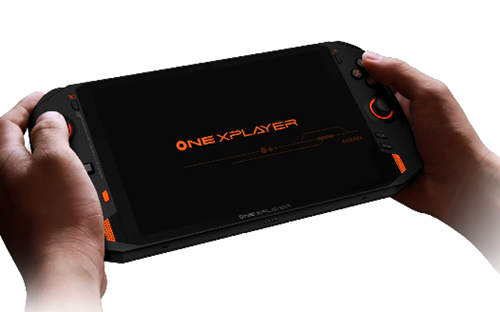 Looking like a bigger version of a certain handheld console from the House that Mario Built, the ONE XPLAYER boasts an impressive 8.4-inch Full-HD IPS screen that also includes crystal-clear 2560 x 1600 resolution. Graphics are given another boost thanks to the ONE XPLAYER's 358 ppi pixel display for an "immersive gaming experience". The handheld hero has already turned heads thanks to winning the 2020 Intel Innovation Award at the CTE CEO Summit 2021. It means, there's plenty of hype for the ONE XPLAYER ahead of its general release today (May 10).

Under the hood, there's a 3D speaker in the front of the ONE XPLAYER to make sure those AAA soundtracks ring out like they should. In terms of storage, there are three choices of ROM size that range from 500GB to 1TB, and a massive 2TB to store all the games you'd ever need to. It's designed to free players from gaming chairs, and with no black border around the edge, you get a full side-to-side view to gain an advantage over your enemies.

Inspired by the design of the Xbox controller, the ONE XPLAYER shows what Microsoft could do if it really put its mind to it. In the meantime, One-Netbook is offering up a powerful Tiger Lake i7 CPU, double cooling fans (for those extreme battles), and several USB 4.0 slots. Linear triggers appeal to those first-person shooter fans, while a 15,300mA battery promises 40 mins longer than competitors. All in all, the ONE XPLAYER is more than equipped for taking your PC-Steam games on the go.

How much is the ONE XPLAYER?

The ONE XPLAYER uses Windows 10 OS and is capable of running all your favourite Steam games. If you're not a fan of controllers, there's a magnetic keyboard that can be attached for other types of game. Alongside catching the eye of players, the ONE XPLAYER has also gained some serious backing and been supported by Tencent throughout. Five major testing events have led to a wave of positive feedback, as One-Netbook gets ready to release the ONE XPLAYER.

The Indiegogo site explains "The journey of excitement embarked when we decide to build a performance-oriented game console. Wouldn't it be great to leverage what we are good at to create joyful moments for gamers around the world? Let's build this together!" In particular, the arrangement and radian of ABXY keys are designed to fit into your palm and stop cramp during extended sessions. Available on the Indiegogo site now, the ONE XPLAYER has an early bird price of $899/£636 and is expected to retail at $1,159/£820. If you fancy yourself as the ultimate gamer on the go, check it out.