With tournament winnings growing, esports is shaping up to be one of the fastest-growing industries in the world.

Imagine this - you're a high schooler whose life has barely gotten started. You're unsure of what university you'll attend or what career you will choose later down the line. The only thing you know is you have a sweet little side gig playing video games - you train hard each day after school, eventually making it to some high-profile events. You outperform your opponents, slowly making a name for yourself. Then, you take to a bigger stage, where you know the world is watching - and you win. Suddenly, you find yourself with more money, fame, and skill than you could have ever imagined possible - and it's all thanks to esports.

This might seem like a pipe dream for most, but it is a reality for many teens and young adults across the globe. Their proficiency at video games actually led to huge tournament wins and multi-million dollar cash prizes. Kyle "Bugha" Giersdorf is a prime example of this, winning the Fortnite World Cup in 2019 at the age of sixteen. There have been countless others across the globe who have become overnight millionaires due to their esports prowess. Johan "N0tail" Sundstein, Anathan "Ana" Pham, and Amer "Miracle-" Al Barkari are just some of the many players that have made over $4 million playing in esports tournaments. As of the writing of this article, 92 out of 100 of the top esports earners have made a million dollars or more whilst competing in tournaments.

Esports wasn't always like this - in fact, it used to be much more difficult to make money. Many players competed in tournaments for a bit of side cash, but it was never anything too significant compared to present-day earnings. Tournaments typically had payouts of a couple of thousand dollars, but that was it. Players went into esports knowing that it was just a side-gig that could supplement their day jobs, but not much more. Back in this time, there wasn't nearly as big of a market for esports, nor did anyone think it was possible for one to exist. As a result, more casual players entered tournaments, as they were more for fun than anything else. The money was merely an afterthought, as most of the focus was on the game itself and player skill.

The top ten players in 1999 made earnings from a range of $7,500 to $50,000, and this was from a year's worth of tournament wins. Around this time, the top three games in tournaments were StarCraft: Brood War, Descent 3, and Quake III Arena. The top three players worldwide were Chris "Fatal" Bond, Guillaume "Grrrr..." Patry, and Kyung Hong "October" Jang. Fatal was the highest-earning player in 1999, making $50,000 after winning a single Descent 3 tournament.

In 2010, these yearly earnings had quadrupled, with the top ten players making anywhere from $46,000 to $194,000. In nearly 11 years, players had begun to make salaries from esports. The library of games was expanding, and their audience was growing. In 2010, the top three tournament games were Counter-Strike, StarCraft II, and Halo 3. The top three players worldwide were Lee "Flash" Young Ho, Katherine "Mystik" Gunn, and Mark "applesauce" Smith. Flash was the highest-earning player in 2010, making $194,924 after a year of tournaments.

Montana West
@ChickenmanSC
Watching Flash in his last match, getting pins ready to send out, and loving Starcraft.
Gogogogo FLASH THE GOD OF STARCRAFT! 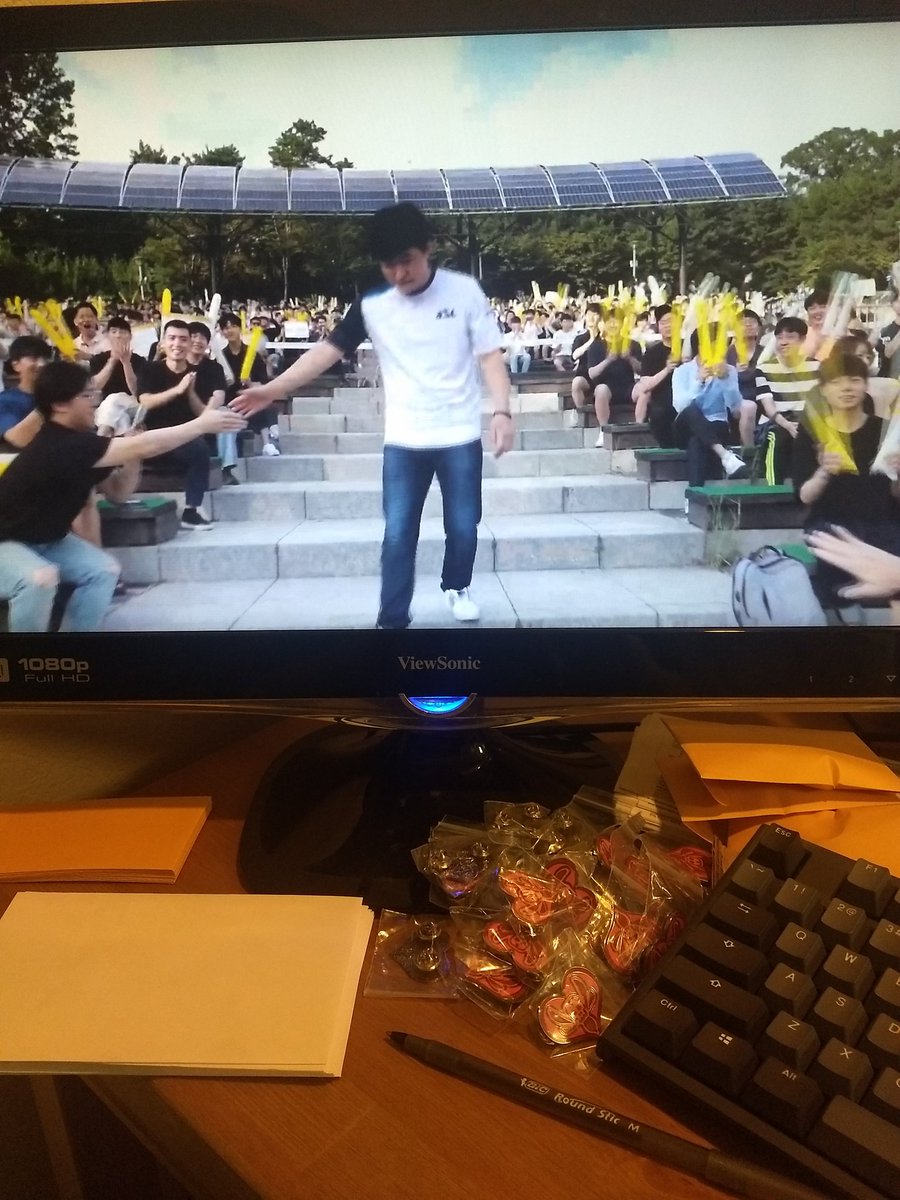 By 2019, players could expect more games in tournaments around the world. Over a hundred different games offered over $7,500 in total earnings in just the year of 2019 alone. Players could also expect actual salaries from esports - with the top ten players earning anywhere from $1.3 million to $3.1 million. All of the top one hundred players in 2019 made over $260,000 from tournament winnings alone. At this time, the top three games were Fortnite, Dota 2, and Counter-Strike: Global Offensive.

The top three players worldwide were Jesse "JerAx" Vainikka, Sebastien "Ceb" Debs, and Topia "Topson" Taavitsainen. JerAx is the highest-earning player in 2019, earning $3,163,536 from tournament prize pools alone. After 2019, JerAx retired from the Dota 2 scene to pursue other esports endeavours, such as VALORANT.

Original Gingerbreads
@OGesports
From Boston to Shangai, @iamJERAX allowed us to write a unique story with OG.
All good things come to an end, and Jesse has decided to retire from pro Dota 2.
Thank you Jesse!
ðŸŒ» Read JerAx's statement âž¡ï¸
#DreamOG 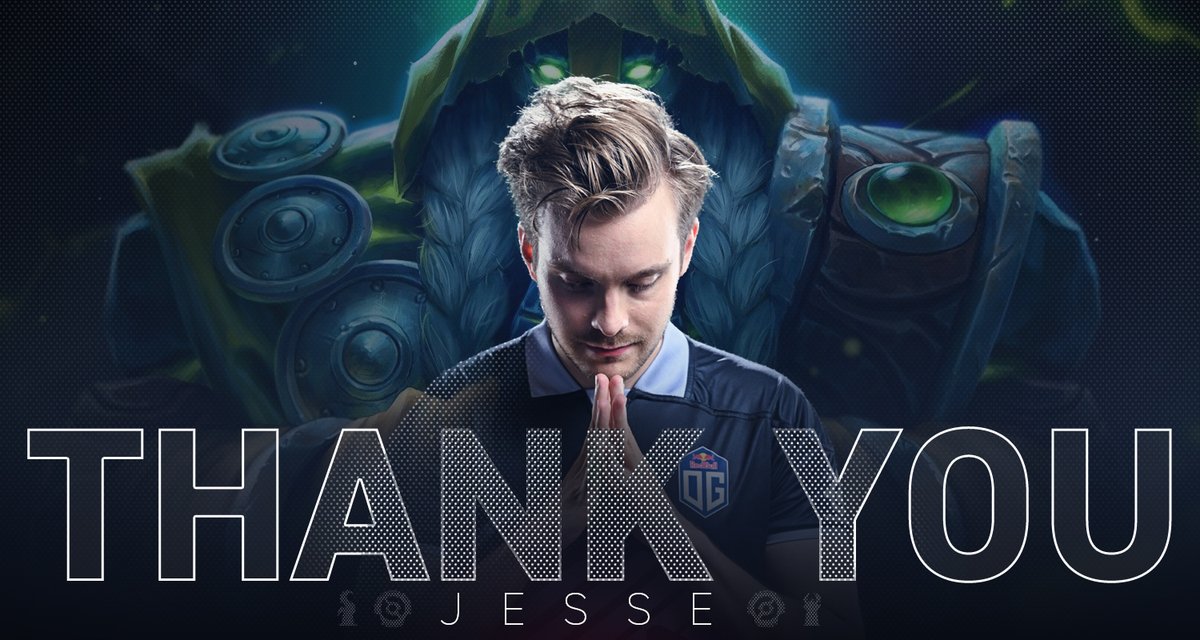 2020 was a different year altogether, but not for the reasons that people were expecting. With massive worldwide lockdowns, most esports tournaments were shuttered, leaving players with fewer tournaments and fewer earning opportunities. Online tournaments were much harder to judge, and with cheating and botting being prevalent problems, many tournaments bypassed their 2020 circuit altogether, promising bigger and better competitions and prize pools in 2021. Several notable esports figures, such as bugha and Richard Tyler "Ninja" Blevins, hosted their own esports tournaments, but nothing in 2020 matched the scale of the esports world in 2019.

In 2020, the top ten players made anywhere from $250,000 to $499,000, but no more than that. This is a sliver of the earnings players were met with in 2019. The top three games this year are Counter-Strike: Global Offensive, Dota 2, and League of Legends. Fortnite took a backseat this year, due to most of its high-profile tournaments being shuttered due to the quarantine. The top three players this year are Sven Magnus "DrNykterstein" Carlsen, James "Clayster" Eubanks, and Ian "Crimsix" Porter. DrNykterstein is the highest-earning player this year, making over $499,420 in tournament winnings alone. 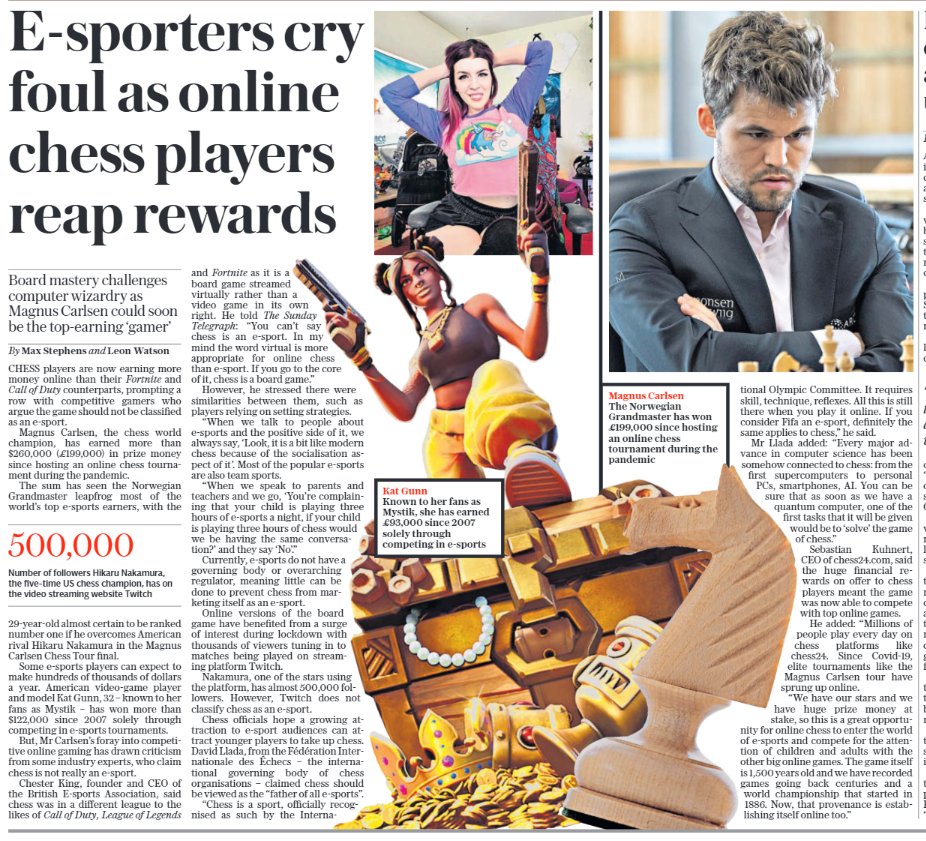 Despite a relatively gloomy year in terms of earnings, esports has received one of the biggest marketing boosts to date in 2020. Though the quarantine had a negative effect on tournaments and player earnings, it had a positive impact on exposure and creating a worldwide audience. With many sporting events cancelled and stadiums closed, more eyes turned to esports than ever before. Sports channels, with no live sports to air, turned to esports to entertain their massive audiences. Soon enough, people were watching games like FIFA 20, Madden NFL 20, NBA 2k20, and F1 2020. This brought the public's attention directly to esports, which broadened its worldwide impact.

Platforms like Twitch and YouTube experienced massive growth during the lockdown, garnering millions of new users and countless uploads from gaming personalities and influencers. Soon, more eyes were on streamers and influencers than ever, as more people turned away from television to pick up gaming and esports. Games like Fortnite made this transition easier than ever, with large-scale events, such as the Travis Scott Astronomical Tour and many other live in-game events.

HYPEBEAST
@HYPEBEAST
#TravisScott and #Fortnite are uniting for a new Astronomical â€œTour.â€ The event will offer players across the globe an opportunity at exclusive outfits, emotes, items, and a brand new song. Be sure to join from April 23-25:
Video: #EpicGames
30
235

Sponsorships also began to soar in 2020, with more players than ever teaming up with brands and corporations. Multi-national companies even started creating their own esports divisions, such as KFC Gaming and LG Gaming. Even football teams have their own esports divisions, for games such as Rocket League and FIFA. Prominent esports football games include AS Monaco and FC Barcelona Esports. Many football teams also sponsor players, bringing public attention to esports yet again. At the beginning of the lockdown, Lamborghini even announced that it was getting into esports, starting with The Real Race, an Assetto Corsa esports competition. The Formula 1 company even announced its own esports programme for anyone to compete in. Players from around the world could compete against others for a spot on the official F1 drivers' team.

With esports teams shaping up their rosters and players around the world training up for the coming year, 2021 just might be the year that makes esports truly unforgettable for the general public. 2020 was just the beginning, as it converted more people into gamers and esports fans than ever before, but 2021 will make esports a public staple for years to come. 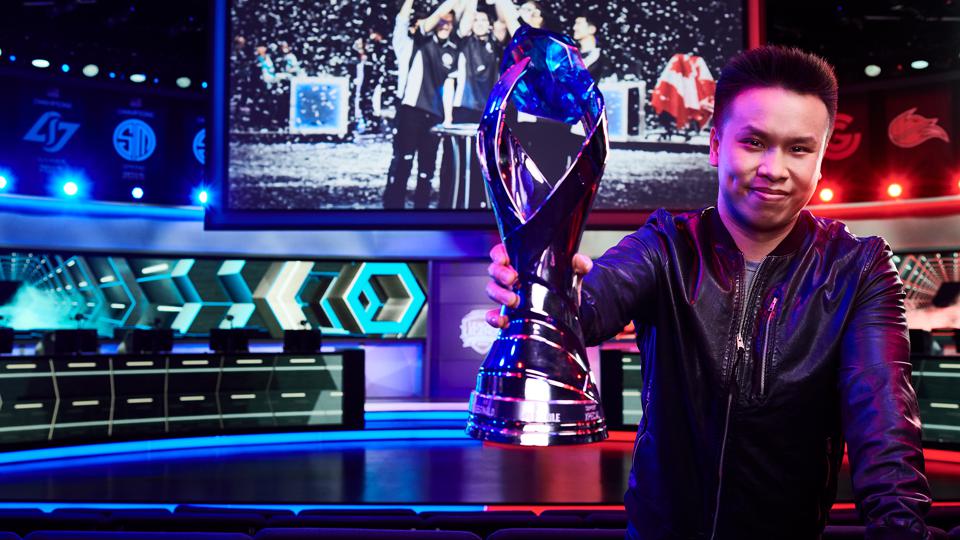 Esports has come a long way since its humble beginnings in the 1990s. People are no longer gathering to play games for the fun of it - there is a career to be had in gaming. With hundreds of games now considered tournament-worthy, there are many options for players to get to the top. All it takes is passion, talent, and a ton of training for a player to go from esports enthusiast to overnight millionaire.