The social media giant is breaking into the gaming industry in a big way.

Facebook, the reputed social media giant, had a huge announcement to make today that it is launching its gaming-dedicated app. This move has proved that Facebook has plans for its Gaming division and its future moving forward, as well as impacting the live-streaming market.

The app will primarily curate and concentrate on the streaming community; however, it will also provide a platform highlighting games which people might be playing online already. Facebook's attempt to rival Twitch and Mixer, the biggest streaming services, could pay off for them in a big way. 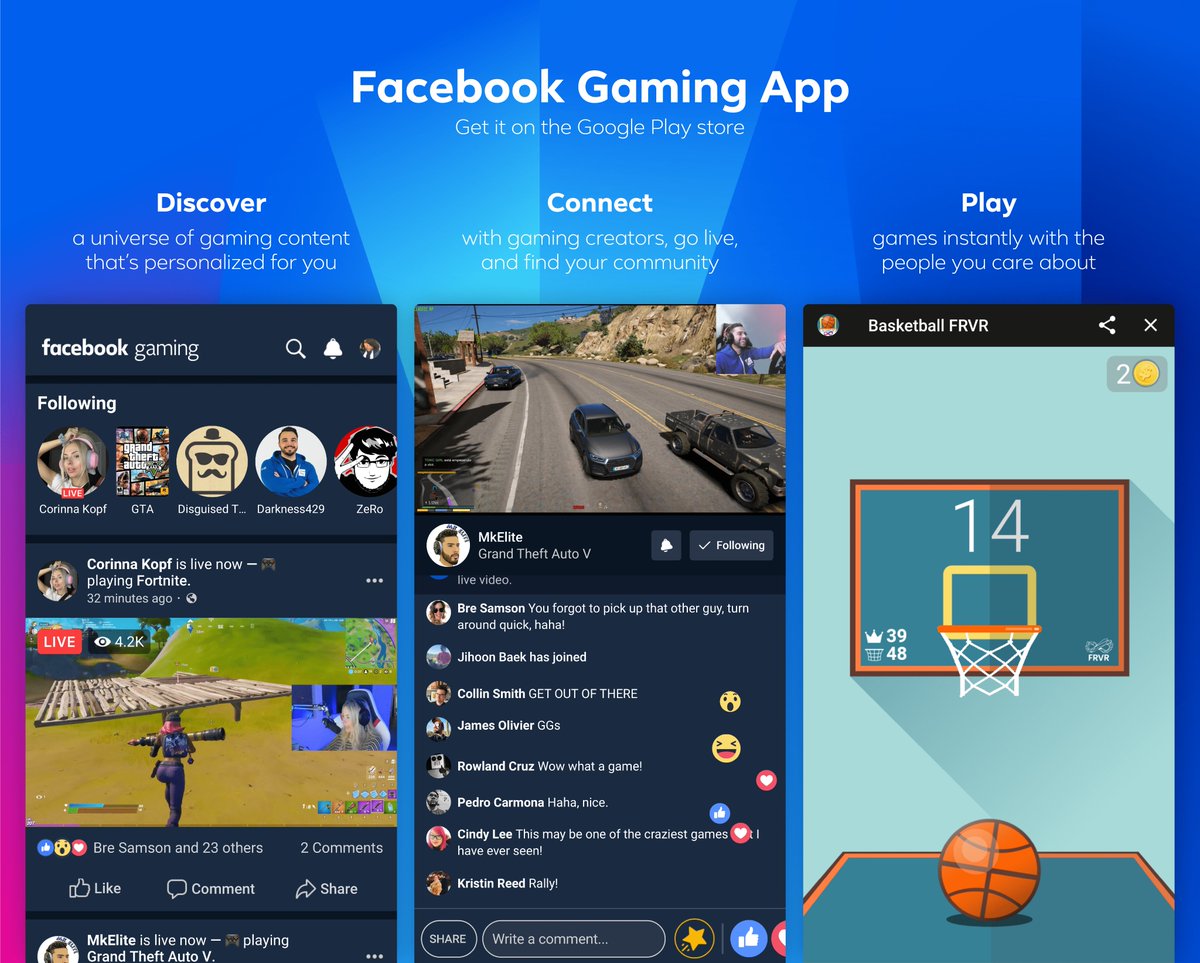 Although the app was initially designated to hit the markets in June, the COVID-19 pandemic caused the company to accelerate in accomplishing gaming projects overall since the industry faced a huge rise due to people being forced into self-isolation.  In an interview with the New York Times, Fidji Simo, head of the Facebook app, had to say:

In the social -media market Facebook has always dominated its competition; however, when it comes to esports and gaming it lags behind Twitch, Youtube and most recently Mixer. One of the ways this app aims to change the current streaming market is giving more accessibility to creators who stream content from their mobile. Streaming content via Twitch’s app in mobile requires the installation of a complex third-party application and navigating a bunch of menus for starters, while Facebook’s app hosts a feature called Go Live, which allows creators to go live instantaneously. A similar feature exists within Youtube but is only accessible to channels with 1,000 subscribers while Facebook has made this feature available to everyone. Vivek Sharma, Facebook’s vice president for gaming, told the Times:

“People are watching streams and they’re like, ‘I want to be a streamer,’ and with Go Live it’s literally just a few clicks and then live, you’re a streamer.”

The app will be launching only on Android devices for the time-being; nevertheless, an IOS version will follow-up shortly, most probably by June. The app is being subjected to release after 18 months of testing in Southeast Asian and Latin American markets. The app will feature no ads for the time being and will monetize its content by taking a commission off of the donations received by content.

Facebook's huge gaming investment has resulted in more than 700 million out of 2.5 billion website users playing games on a monthly basis. In the thread of its announcement, Facebook highlighted their achievements of the past three years and suggested that there might be something even bigger set for next year.

It is eminent that Facebook is seeking to diversify its products by investing a huge proportion into their Gaming division.  Vivek Sharma also said: "The Facebook Gaming app is a prime example of gaming's resurgence at Facebook over the last few years, and we're just getting started,"