Nintendo has announced its new 5v5 battle game – Pokémon Unite. Described as a “strategic team battle game”, the title will be released for Nintendo Switch and mobile devices (with cross-play support) on a date yet to be confirmed.

The official Pokémon YouTube channel released a snippet of gameplay footage, with the description “you’ve never seen a battle like this!”

Check it out below.

The sneak peek shows some stunning graphic displays for the battles themselves, as well as more footage of the MOBA-like game, which doesn’t look unlike League of Legends.

It seems like a surprising move for Nintendo to combine the world of Pokémon with a multiplayer online battle arena style, but given the developer is Tencent’s TiMi Studios, who work on games such as PUBG: Army Attack and Call of Duty: Mobile, it starts to make a little more sense.

TiMi Studios are a China-based game developer, whose expertise lie in mobile gaming, and Nintendo Switch, making them the perfect partner for Pokémon to break out into the online multiplayer battle world alongside.

A screenshot of the Pokémon Unite battlefield. Image via @Nibellion

The 5v5 multiplayer game is free-to-start and gives players the challenge of levelling up their Pokémon and unlocking new moves as you complete the objective of scoring points in the opponents scoring areas. Pokémon will also evolve, gain new attributes and come with customisable move sets.

There will not be any Type advantages, however, each Pokémon will possess unique attributes allowing for more interesting matchups.

Given the 5v5 nature of the MOBA game and the involvement of Tencent, it looks like Pokémon is about to break into the esports world, and FNATIC were the first to make jokes to that effect. 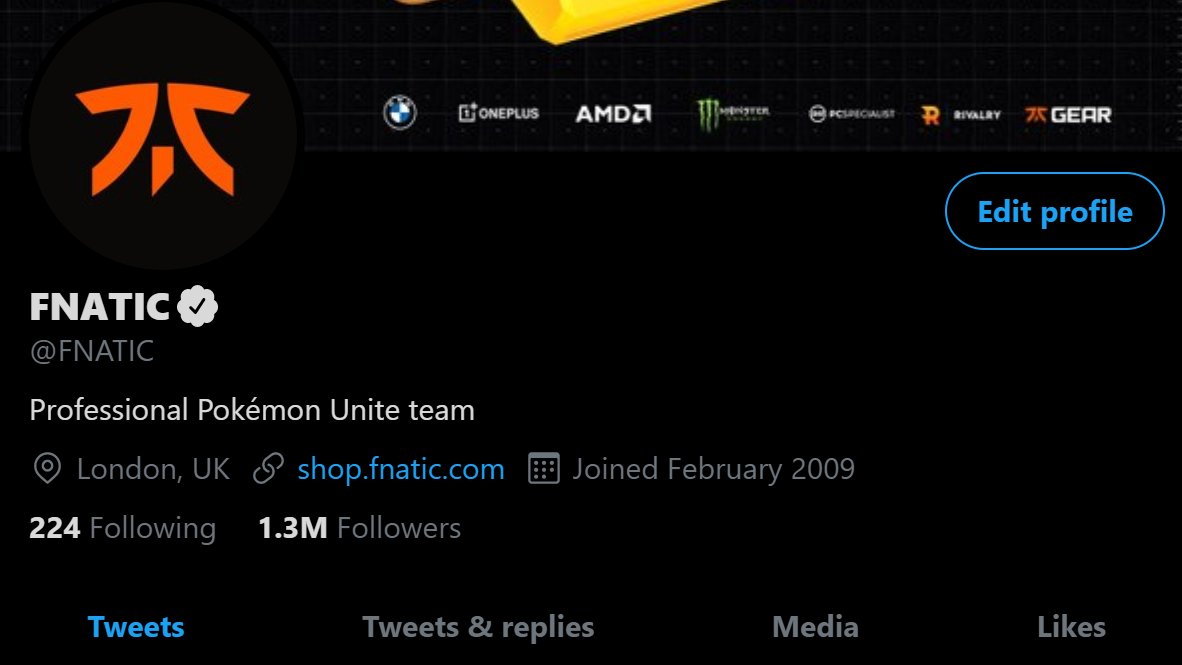 We’re sure there will be plenty more to explore when it comes to Pokémon Unite, especially its viability as an esport.

Check back right here at GGRecon for more Pokémon news.

Latest Gaming News
More
News
Ninja YouTube Live-Stream Signals Potential Signing
After Mixer's demise, Fortnite superstar streamer Ninja appeared to have no new platform to call [ ... ]
News
Nairo Let Go From NRG Esports
Nairoby 'Nairo' Quezada, a pro Super Smash Bros player has been dropped by NRG following sexual [ ... ]
News
Ubisoft Rumoured to be Releasing FPS Battle Royale 'Hyper Scape'
Updated 02/07/2020 Ubisoft is reportedly due to announce their new FPS Battle Royale title named 'Hyper [ ... ]
News
All the Most Exciting Summer Updates for Animal Crossing: New...
Get ready to soak up all the fun of Summer on your personal island paradise in the first Summer update [ ... ]
News
Streamers Urge Others to Join #TWITCHBLACKOUT Boycott
#TWITCHBLACKOUT is trending on Twitter, as streamers urge others to withhold from streaming and [ ... ]
News
Recap: PS5 'The Future of Gaming' Event: Game Demos & Console...
The PlayStation 5 event 'The Future of Gaming' on June 11 revealed new titles, new gameplay, [ ... ]
News
What Games Can We Expect to See at the PS5 Event?
The PlayStation 5 launch event “The Future of Gaming” has been confirmed for June 11, after [ ... ]
News
PlayStation 5 “The Future of Gaming” Event Date Leaked
The PlayStation 5 event was due to take place on June 4 but was postponed in an announcement from [ ... ]
News
Amazon Game Studios 'Crucible' Retires Two Game Modes Just Weeks...
Amazon Game Studios’ hero shooter, Crucible, launched on May 20, 2020, on Steam, but [ ... ]
News
Lamborghini Announces 'The Real Race' Tournament - And You Can...
Lamborghini is launching their first foray into esports with the virtual event 'The Real Race' [ ... ]
News
The Elder Scrolls Online is Coming to Stadia
Bethesda and Google have teamed up to bring The Elder Scrolls Online (TESOnline) to the Stadia gaming [ ... ]
News
Borderlands: The Handsome Collection Available for Free on the...
Borderlands: The Handsome Collection is available to download for free on the Epic Games Store. The [ ... ]
News
Kairos Esports & LG Electronics Team Up to Launch LG Gaming
In a recent tweet, LG announced that it now has a dedicated esports presence. LG Electronics UK recently [ ... ]
News
All of the Epic Games Free Weekly Games Coming Soon
The Epic Games Store is giving away one free game a week for the whole of 2020, no purchase necessary! [ ... ]
News
GTA VI Will Not Release This Year
In crushing news for Grand Theft Auto fans, who were expecting the next instalment this year, publishers [ ... ]
Esports Calendar
This website uses cookies
Cookies help us and our partners provide statistics. By browsing this website, you consent to the use of cookies in accordance with our Privacy Policy and Cookies Policy.
Accept & Close