SuperGen Group is making waves in China as the parent company of EDG breaks ground on the $1.5 billion Shanghai International Culture and Creative Esports Center.

China is doubling down on its commitment to esports with the building of Shanghai's supersized city dedicated to the emerging market. Despite 2020 decimating the gaming industry as a whole, esports arguably blossomed. In particular, China became the go-to place for all your esports action. Alongside Tencent becoming the "Facebook" of video games, we had all the action of the League of Legends World Championship 2020 being held in Shangai.

Even if Worlds 2020 wasn't your usual LoL championship, the Pudong Football Stadium held host for the finals. As more and more esports venues pop up across China, another major landmark sounds like it's coming to Shanghai.

The Chinese government has already ploughed millions into esports and claims these organisations are lifestyle brands rather than companies trying to make a quick buck. With this in mind, the Shanghai International Culture and Creative Esports Center is (hopefully) the next step in China continuing its reign as an esports superpower.

What is the: Shanghai International Culture and Creative Esports Center?

Ran
@ran_lpl
EDG is set out to build an industry park that functions as their home venue, their office building, also an esports entertainment center. The project is called ä¸Šæµ·å›½é™…æ–°æ–‡åˆ›ç”µç«žä¸­å¿ƒ, Shanghai International NCC&esports center. Per people's esports coverage... 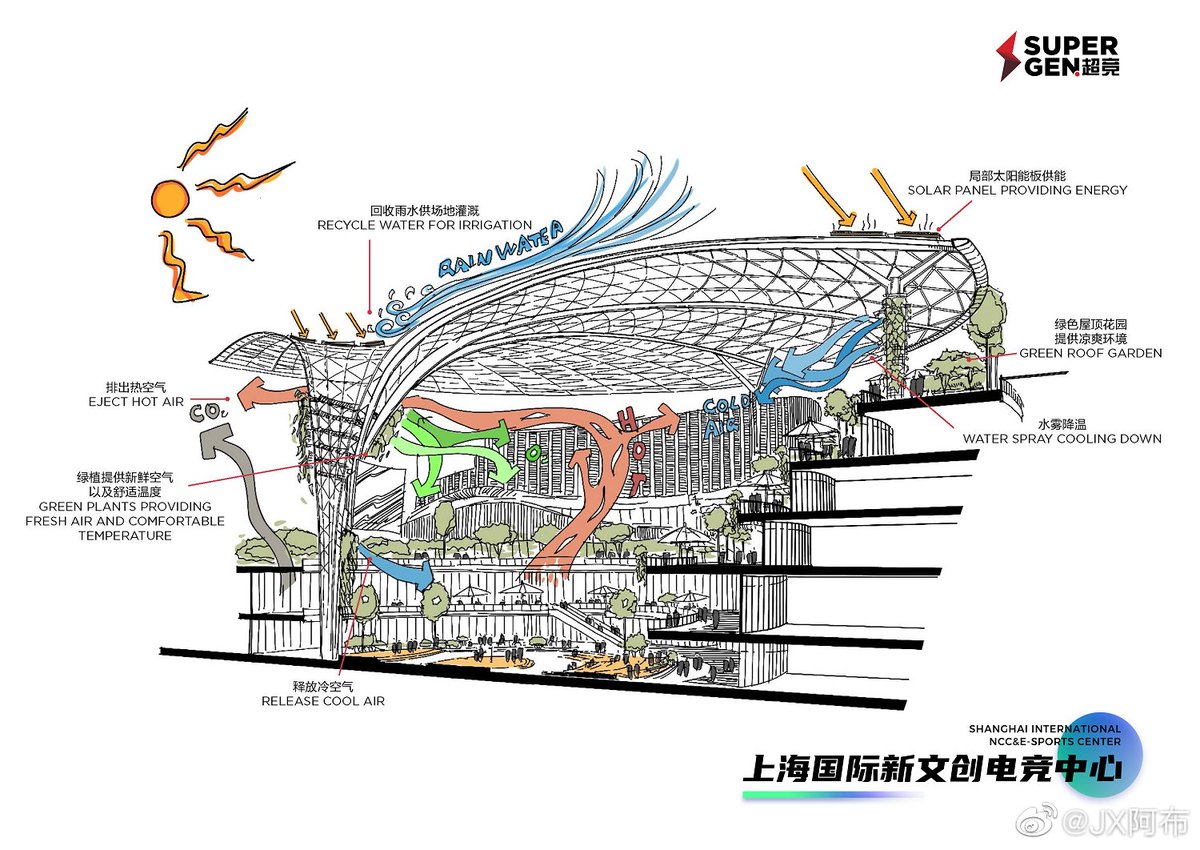 According to The Esports Observer, the Chinese property company known as SuperGen Group is moving ahead with the Shanghai International Culture and Creative Esports Center. SuperGen is the parent company esports organisation Edward Gaming (EDG) and has already started construction in the Minhang District with a groundbreaking ceremony. The idea is that Shanghai will host over 300 esport events a year and become the hub of the industry in China.

As well as EDG having its own facilities, there's an arena able to hold 6,000 spectators, a 5-star gaming-themed hotel, and a skydiving attraction. There's no underestimating this monumental construction as the arena alone is expected to over 500,000 sqm. There are hopes that the Shanghai International Culture and Creative Esports Center will be completed by 2023, but as the global pandemic continues, we'll have to keep an eye on how things progress.

Ä±É”ÇÏ½
@Shiriusa
@ran_lpl Wow they went of All in on esports, and eco friendly too that's nice
0
4

The first phase has reportedly cost $774 million, so it's easy to see how a project like this can quickly chip away at the bank balance. SuperGen Group Vice President Jiangzhu Yuan hopes the park will attract hundreds of esports companies and offer up around 2,000 esports-related jobs. It's clear that China is the place to be for esports right. Away from the runaway train of success Tencent and Riot Games have been having, Valve also made some noise with Dota 2 and Counter-Strike: Global Offensive.

Global esports passed $1 billion for the first time in 2020, and there's no escaping the fact China is the biggest contributor. It's expected that China will deliver esports earnings of $385.1 million by 2023, but if the trend continues to rocket at the rate it does, it could be even more. Either way, the Shanghai International Culture and Creative Esports Center is sure to be a huge talking point for China, the esports industry, and beyond.