Everything you need to know from what happened at the Call of Duty League Seattle Surge Home Series.

The Seattle Surge host this week's Call of Duty League Home Series, as we reach the half way stage. Last time out we saw OpTic Gaming Los Angeles put up a stellar performance to defy all odds and reach the Grand Final of the Florida Home Series, narrowly missing out on the trophy, to the hands of top-of-the-table Atlanta FaZe. OpTic Gaming's resurgence shown just how competitive the Call of Duty League 2020 is, setting us up for a weekend of CoD which nobody can call. With a number of roster changes this week, such as Prestinni joining Chicago Huntsmen, and Zer0 finalising a move to London Royal Ravens, this weekend throws up a number of question marks around teams that have the chance to kick start their season. Here you can find the CDL Seattle schedule, teams, results and more.

The eighth Home Series of the Call of Duty League has wrapped up its first day. Seattle is "hosting" the event, with a couple of other high-profile teams in attendance. Most notably the Chicago Huntsmen, who got off to a roaring start on Friday with their new lineup featuring Preston "Prestinni" Sanderson. Also in attendance are the New York Subliners, who had an interesting match with the hosting Seattle Surge.

To start the day, Chicago took on the Paris Legion, who have cooled off since their hot start to the league. While some of the matches were close, the Huntsmen ended up taking a 3-1 victory in Prestinni's debut series with the team. Chicago as a whole looked about as strong as they could've with a brand new roster. It'll be curious to see how the roster fares against a stronger opponent like the Minnesota Rokkr on Saturday.

The next two matches after Chicago v. Paris were both close, with London and Minnesota squeezing out 3-2 victories. However, it was the last match of the day that made CDL history. In map two of the series, the Seattle Surge made the first series substitution in league history. For the Search and Destroy only, the Surge decided to swap out Ian "Enable" Wyatt for the more SND-oriented Casey "Pandur" Romano. The tactic was interesting but ultimately didn't pay off, as Seattle lost the map and eventually the series to New York.

Day two starts at 1:00 P.M. ET with Chicago and Minnesota facing off for the right to advance to the semi-finals.

Call of Duty League
@CODLeague
🚨 IT'S HAPPENING 🚨
For the first time in Call of Duty League history, a team is utilizing the player substitution rule.
@SeattleSurge move @CaseyPandur into the lineup for @Enable in the S&D:
#DrownThemOut | #CDL2020 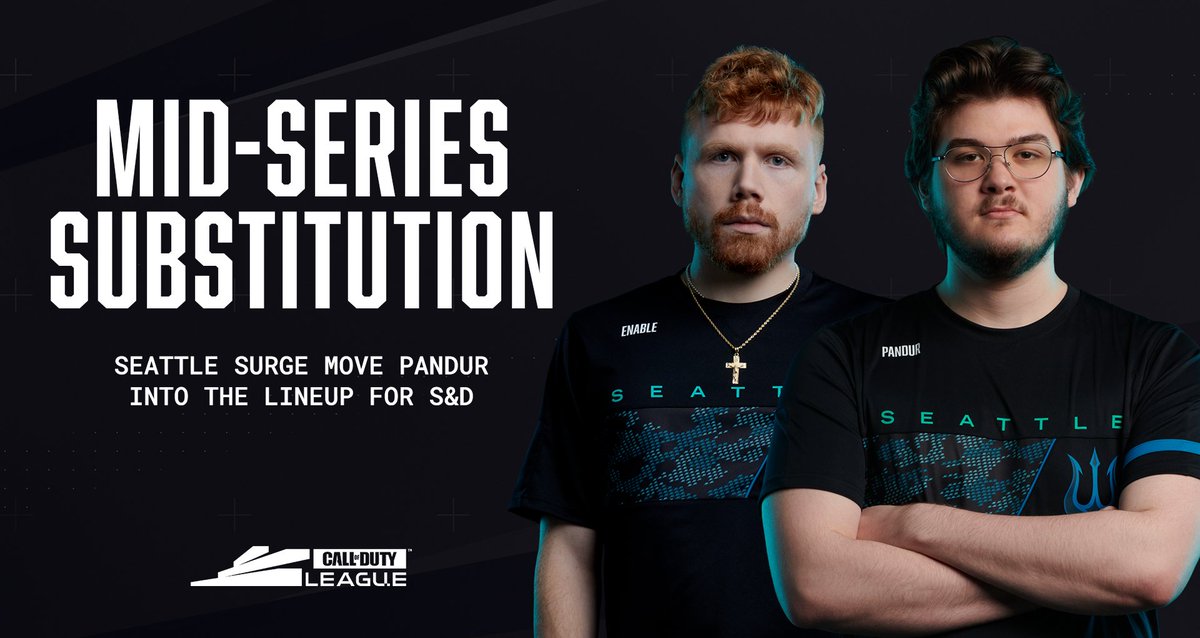 Saturday is a wrap for the Seattle Home Series and it was one of the least competitive days in the Call of Duty League's history. No match went the distance of five games, as several 3-0 victories occurred. However, we do have our four finalists heading into Sunday, which could culminate in one of the best finals matchups so far.

To start the day, the Chicago Huntsmen took on the Minnesota Rokkr. In previous matches, the Rokkr haven't been able to crack the Huntsmen's gameplan, as they are still without a victory against the NRG based organization. The same followed suit today, as Chicago bested Minnesota 3-0. It seems the Huntsmen are the Rokkr's kryptonite, which is something Minnesota fans would like to see change. Prestinni was a huge part of the 3-0 and looked much improved from yesterday. The big question now is can he and Chicago keep improving to secure their second Home Series title?

As for the rest of the matches, no real surprises incurred with the exception of the L.A. Guerrillas defeating the Seattle Surge. L.A. and Seattle have matched up a total of eight times in the CDL, which is by far the most for any two teams. Most of the time, Seattle finds a way to win but today the Guerrillas got over the big hump - or wave in this case - and managed to pull out a 3-1 win. It wasn't enough to advance to Sunday, however, as New York defeated the Guerrillas 3-1 in the second Knockout match.

Last but not least, the London Royal Ravens and OpTic Gaming advanced to the semi-finals. London looked impressive today, sweeping the Subliners pretty handily. As for OpTic, they continue their run of Sunday appearances after losing one map against the Legion and Rokkr combined.

The last day of the Seattle Home Series kicks off at 3:00 P.M. ET with the first-ever Call of Duty: Warzone private match competition. The CDL matches resume at 4:00 P.M. ET with London taking on OpTic Gaming. Could we see an OpTic Gaming v. Chicago Huntsmen Grand Finals matchup?

A winner has been crowned at the Seattle Home Series and it's a familiar sight. The Chicago Huntsmen have defeated the London Royal Ravens 3-1 in the Grand Finals to capture their second Home Series title. The roster change for Chicago seems to have worked out, as they didn't drop more than one map in a series the whole event. If Prestinni and the rest of the Huntsmen can keep improving as they have this weekend, the rest of the CDL should be on the lookout.

On the flip side, London failed to take home their first title after improving steadily over the past couple of months. With the addition of Trei "Zer0" Morris, London should now be able to hang with the top dogs of the CDL. Whether this translates into more title runs is yet to be seen, but the foundation appears to be there.

The Seattle Home Series proved a couple of things, with the first being Chicago is back to form after the roster shakeup. The second thing this weekend proved is that teams like OpTic Gaming and New York Subliners look to be for real after a semifinals appearance. The CDL is getting very competitive, very fast with CDL Champs looming. The run down the stretch should be extremely interesting with over $4 million on the line.

The Call of Duty League is back in action with the Minnesota Home Series on June 5. 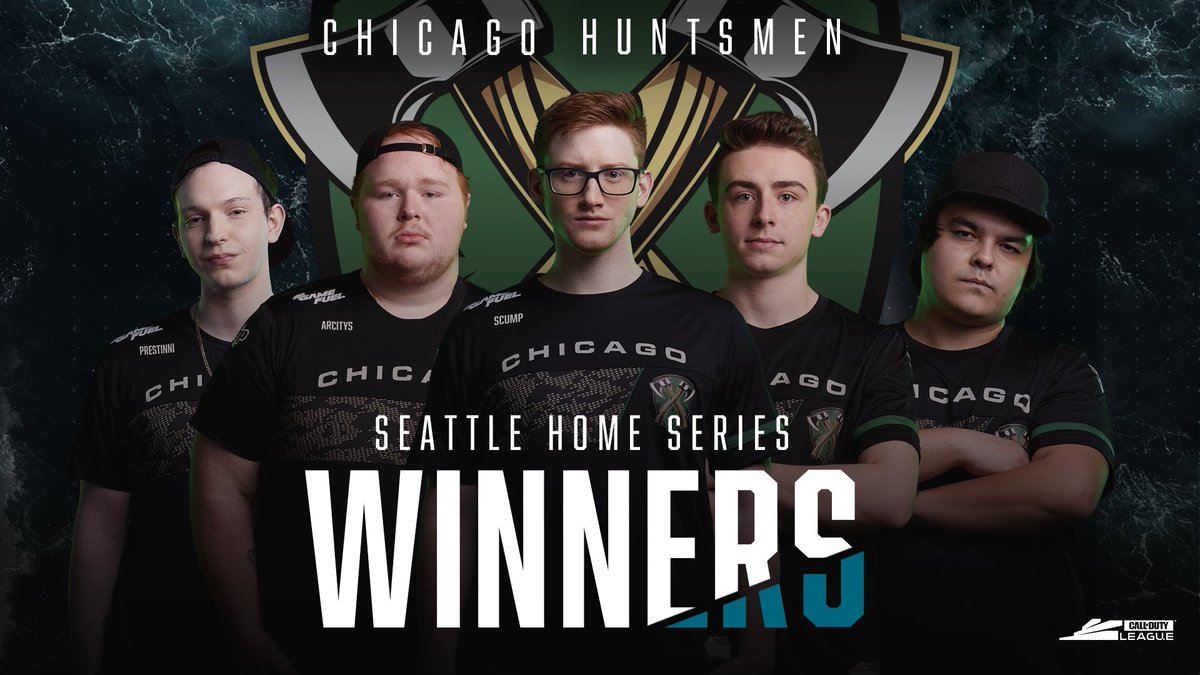