The Gauntlet produced memories globally, but Asia took it to new heights.

As the holiday spirit begins to settle in like seeds buried in a field, so too does competitive Overwatch. With the end of the year comes the finale of the Overwatch Contenders season and the first glimpse that many international fans have at the litany of rookie players entering the Overwatch League in the upcoming 2021 season. Overwatch Contenders: The Gauntlet would be their final stage, their first taste at a premier level competition.

With domestic champions reigning supreme over their frankly familiar competition, the Asia region would be the true battleground. Collecting talent from all across Asia and the Pacific region, this particular division of Overwatch Contenders: The Gauntlet was the battleground to watch. However, it wasn’t until the grand final where pen hit parchment and statements were made clear as the night sky.

Written In The Stars 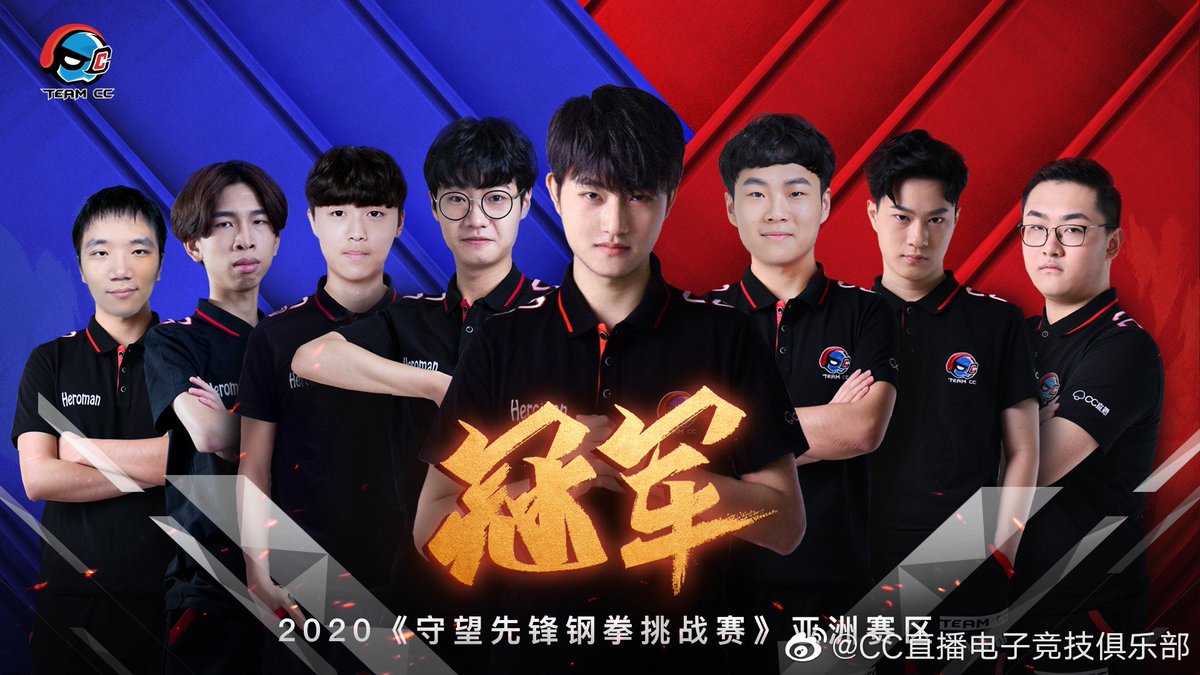 Not but seven months ago the Seoul Dynasty and the Shanghai Dragons battled it out to decide the Overwatch League’s May Melee championship. It is funny how fate weaves her mysterious threads because both franchises' respective academy teams were on full display during the Asia finals of Overwatch Contenders: The Gauntlet.

Team CC, the academy team to the Shanghai Dragons, marched into The Gauntlet with a chip on their shoulder. Having a nearly flawless season, Team CC narrowly missed capturing their domestic title, falling just short of Flag Gaming in the grand final. The team to beat from China came into The Gauntlet as the region’s second seed.

On the other hand, you have Gen.G Esports, Seoul Dynasty’s academy team.

Failing to survive group stages domestically and narrowly making it through the closed qualifiers to even attend the event, Gen.G Esports had the textbook definition of a Cinderella run through The Gauntlet. Sound familiar? Perhaps fate is to blame once more, because if we look at their parent teams this past season, especially domestically, the Shanghai Dragons were easily the best team in the regular season, winning three of the four monthly tournaments held in Asia. On the flip side, the Seoul Dynasty were, at times, inconsistent and at the very least heavily meta dependent when they found success. In one moment, they looked to challenge for the throne. In the next, they exit the Countdown Cup after failing to beat the Hangzhou Spark in the first round. As if it was written in the stars, both teams had attributes of their parent teams. Echoing this further, even their matches and roads to The Gauntlet held this narrative consistency.

Through the group stage of Overwatch Contenders: The Gauntlet, Team CC confidently walked past their opposition, advancing undefeated both in sets and maps as Group A’s first seed. As their foil, Gen.G Esports still advanced as Group B’s first seed, but their inconsistency plagued them as they dropped a set to South Korea’s second seed, RunAway.

Team CC looked unwavering through their upper bracket run, only showing a minor weakness on Control maps. However, Gen.G had to dig deep against towering opposition like Element Mystic and RunAway in the lower bracket.

Even in their grand final rematch, Team CC consistently advanced forward as Gen.G Esports floundered under the pressure. That isn’t to say that Gen.G played poorly, the match was competitive through and through, but three massive errors undermine their grand finals performance, on top of that some sudden compositional changes on Rialto drive home the fact theory that perhaps the lights, the pressure, or some outside force was dampening their play. While both teams sat as polar opposites to one another, they did share one commonality: both teams showcased brilliant rookie talent, some of which is set to join the Overwatch League in the coming year.

Overwatch League
@overwatchleague
After breezing through the winner's bracket, Team CC solidified their status as the best Contenders team in Asia with a win over Gen.G ðŸ†
Get the recap âž¡ 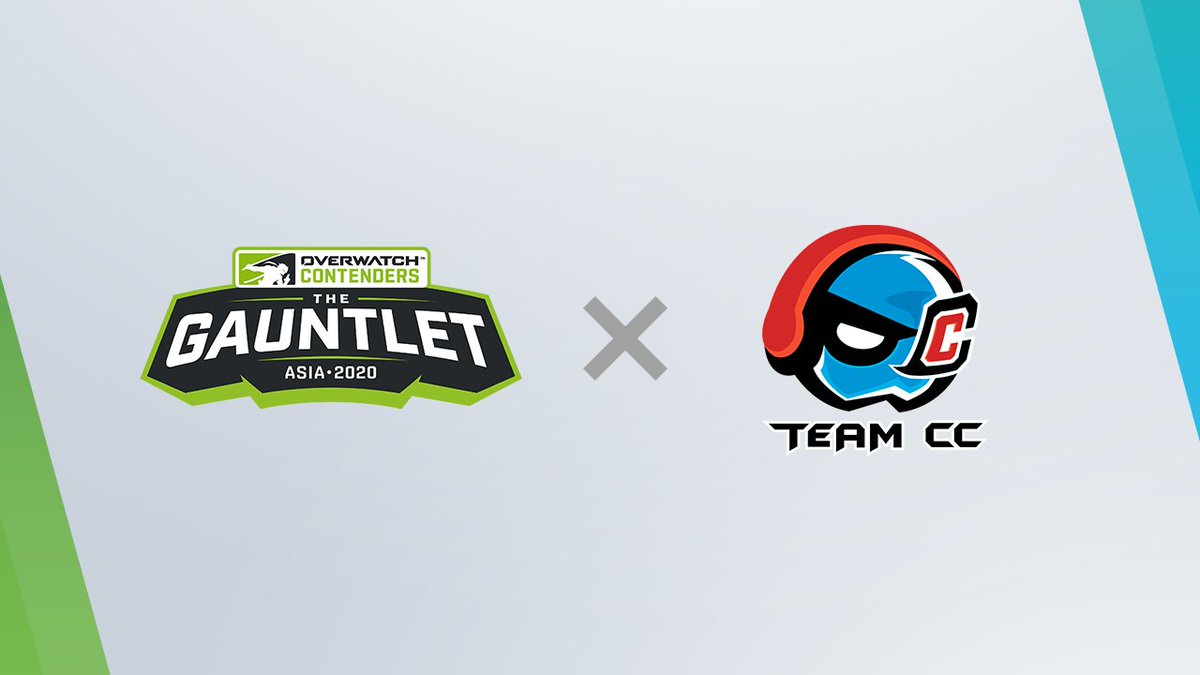 Without a shadow of a doubt, both academy teams featured names that will shape the future of modern Overwatch. Chief among them sits Chinese main tank Qiu "GA9A" Jiaxin, and Cao "Farway1987" Jiale headed to the Overwatch League as one of the newest members of the Chengdu Hunters. One dividing factor in the Asia finale for The Gauntlet was the main tank difference between the two teams. However meta-specific you want to put this, GA9A’s Wrecking Ball was head and shoulders above his opposition.

At times his aggression put his team into awkward positions, but when you have a star main tank that can take over the game, as he would often do, you allow what looks like bad habits to thrive. Alongside him stands Farway1987 who is easily one of, if not the, best flex support coming out of the Chinese region this season and with the Hunters losing some steam at this very position he could join them at a better time. That said, these aren’t the only two stellar Chinese players making their Overwatch League come the spring of next year.

Jia "LiGe" Chengjie has been impressive throughout his Contenders tenure but this season was something totally different. As one of the more slept on acquisitions by the Hangzhou Spark, LiGe not only adds depth to the team but gives them a star rookie flex tank that, if he continues to perform this well on the biggest stage in Overwatch, could easily be considered world-class in his role. His Sigma was pivotal in Team CC’s dominant domestic run and was the feather in the cap of their storied road to The Gauntlet title. However, they are far from the only players meeting a fond and exciting farewell.

To play Overwatch is to think binarily, winners and losers, attack and defence, but the beauty of amateur competition is that growth underpins it all. When you see someone as young as Kim "Bliss" So-myung compete in his second Gauntlet and look impressive in both outings, when you see someone as promising as Jeong "Stalk3r" Hak-yong make a bid at becoming the next true colourless DPS star, it makes you wonder where they’ll be in just a few months, let alone years from now.

Gen.G Esports’ more creative approach to the metagame might not have won them The Gauntlet, but they learned something, at the very least these particular players gained something intangible, an experience that thousands of other hopeful Overwatch players attempted to achieve. Now, it’s not our place to speculate on what that might be, but it is nonetheless undeniable. As much as it is a strong sendoff for those entering the Overwatch League for its 2021 season, it is also a promising glimpse into the future of the game and the upcoming players in it.

Stalk3r, Bliss, all of the Chinese talent entering the league and the talented free agents left on the table waiting for their own Overwatch League bid all stand patiently waiting, like small proto-stars in a nebula. From our vantage points, they seem like small twinkles, tiny little fires in some cold, dark, faraway place. However, once you focus the aperture that couldn’t be farther from the truth.

The story of Overwatch Contenders: The Gauntlet Asia finals was equal parts the ironic machinations of fate married to the future of a miraculous game. The Gauntlet, as an amateur competition, gifts us all a special blend of hope, excitement, and early narrative building that should give you hope for the future of competitive Overwatch.