A mysterious trademark of a seemingly forgotten Zelda game has hinted at a Remastered Collection to celebrate the franchise's 35th anniversary.

Could Nintendo be getting ready to "Hyrule" the gaming charts again with rumours of a The Legend of Zelda Remastered Collection? 2021 marks 35 years since The Legend of Zelda was released in Japan as a pixelated dungeon scroller. This year is a major milestone for Link, our titular Princess, Ganon, Epona, and all the rest *cough* justice for Navi *cough*, meaning all eyes are on Nintendo for how it's going to celebrate.

Coming a long way from the series' 2D days, the Zelda name took a huge leap forward with Ocarina of Time. Since then, Nintendo has churned out (almost) flawless entries time and again, with highlights like Majora's Mask, Wind Waker, and Breath of the Wild pitching Zelda alongside Mario as Nintendo's biggest IPs. With so many Zelda games coming out over the years, rumours of a Zelda Remastered Collection has rightly started doing the rounds. The question is, where would you even begin and what games would make the cut?

What is the Zelda Remastered Collection rumour? 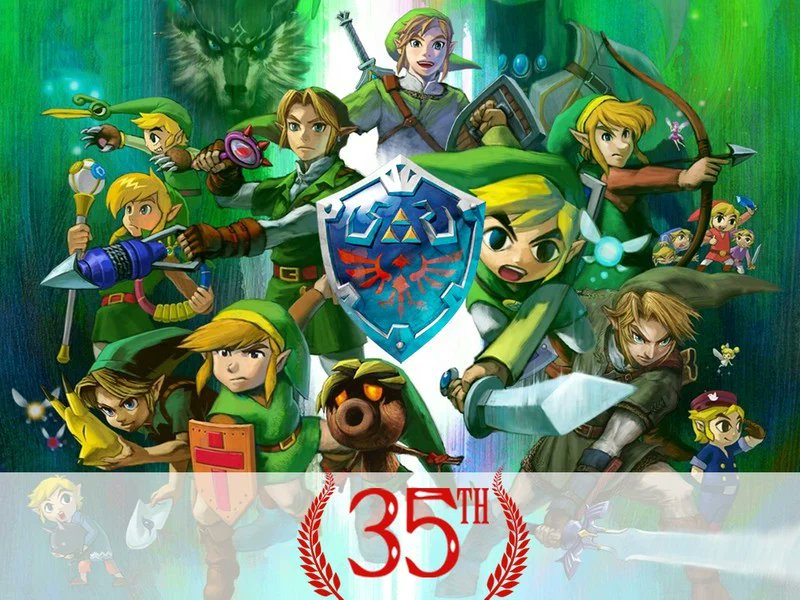 While fans rightly look forward to Breath of the Wild 2's eventual release - we're hoping for an announcement to celebrate the anniversary - news of a Zelda Remastered Collection is equally exciting. Following in the footsteps of what Nintendo did with Super Mario 3D All-Stars to celebrate the portly plumber's 35-year anniversary, cashing in on some of the best-loved Zelda games would surely see Nintendo rake in the rupees. The latest "leak" comes from Twitter user @KeliosFR (via. @Okami13_), which points to a bizarre Trademark in Australia for "Phantom Hourglass".

Those who are up on their Zelda lore will know The Legend of Zelda: The Phantom Hourglass was released on the 3DS in 2007 as a prequel to 2002's beloved Wind Waker. It's an unusual title to pick from the vast library of Zelda games, suggesting a potential Remastered Collection could include more titles than we first thought. Although Phantom Hourglass was made available on the Wii U Virtual Console, it's currently unavailable on the Switch.

In response to the idea of a Remastered Collection, talk quickly turned to which games should be included. We've already seen the beloved N64 titles Ocarina and Majora's Mask get remastered for modern systems, and even Wind Waker make it onto the Wii U, however, there's a Switch-shaped gap in the market. The general consensus is that a Remastered Collection should definitely include more modern titles like Wind Waker, Twilight Princess, and Skyward Sword. Unfortunately, not many were exactly raving about the idea of Phantom Hourglass' inclusion.

Will there be a Zelda Remastered Collection?

ðŸ”´LIVE | Kierz
@KierzOfWar
I'm calling it now; I genuinely think we will hear an announcement of a The Legend of Zelda: Anniversary Collection this week.
The 35th Anniversary is next Sunday, and a new Mario Game is out on Friday with a new Console. I predict Nintendo will announce it very soon!
0
4

Before you go running to the pre-orders page in hopes of nabbing a Remastered Collection, we feel it's important to reiterate the seemingly random trademark of Phantom Hourglass. Although there was nothing fundamentally wrong with the game, it's hardly one of the best-known Zelda titles. Another idea is that Nintendo could be echoing what it did with Link's Awakening and is working on a full remake of Phantom Hourglass for the Switch.

As it stands, there are only a handful of the very oldest games available on the Switch's Online Library, with the OG The Legend of Zelda, Zelda II: The Adventure of Link, and The Legend of Zelda: A Link to the Past sitting alongside the 2019 version of Link's Awakening, Breath of the Wild, and Hyrule Warriors: Age of Calamity. The Zelda family is destined to grow, so it makes sense the whole gang is brought together on the Switch. The problem is, it's a truly mammoth undertaking.

Basically, we haven't got a clue what's going on. Even though Super Mario 3D All-Stars was praised for including Super Mario 64, Super Mario Sunshine, and Super Mario Galaxy, there were complaints Super Mario Galaxy 2 didn't make the cut. It's destined to be the same with Zelda because someone's surely going to have an axe to grind that their favourite title isn't included.

We should also remember a similar trademark for Ocarina of Time was registered in August last year and is yet to amount to anything. Finally, one player added Skyward Sword's Skyloft to Breath of the WIld and sparked a fierce debate about why the 2011 Wii game deserves a facelift. Ultimately, it's out of our gaming hands. We'll have to wait and see whether 2021 brings the fabled Zelda Remastered Collection to the Nintendo Switch, or we're left out in the rain like Dampe the grave keeper.